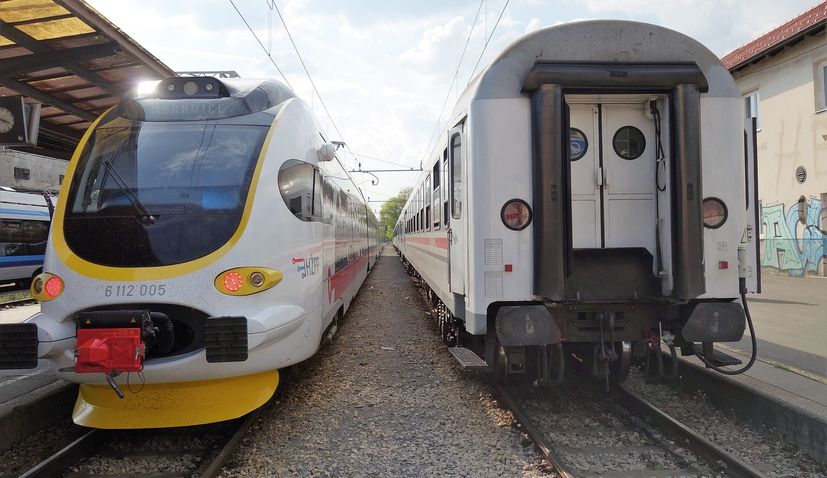 ZAGREB, 14 Dec (Hina) – The HRK 4.4 billion (€586 million) project of the Lepoglava Rail Junction aimed at improving the railway connectivity of three northern counties — Međimurje, Varaždin and Krapina-Zagorje — with the City of Zagreb has recently been presented in the city of Varaždin.

The purpose of the project is to boost the railway connections between key railway stations in central Europe and Zagreb, provide passengers with the shortest railway routes in the region, and offer fast and eco-friendly travel by rail.

Marko Car, an engineer of the Croatian Railways’ HŽ Infrastruktura, said that the project envisaged the upgrade of 70 kilometres of the existing rail lines and the construction of an additional 20 kilometres of lines for the junction.

The implementation of the EU-funded project can take 20 years.

The selected 92-kilometre-long route, that includes nine railway stations and 17 train stops and two tunnels, will make it possible for trains to develop a speed up to 120 kilometres per hour.

The preparation of the necessary documentation will cost HRK 6.7 million (€890,000).

As much as 85% of the total project is being financed from the 2014-2020 Operational Porgramme Competitiveness and Cohesion.

The study documentation has been drawn up by the consortium comprising ŽPD, Granova, Institut IGH and Rijekaprojekt