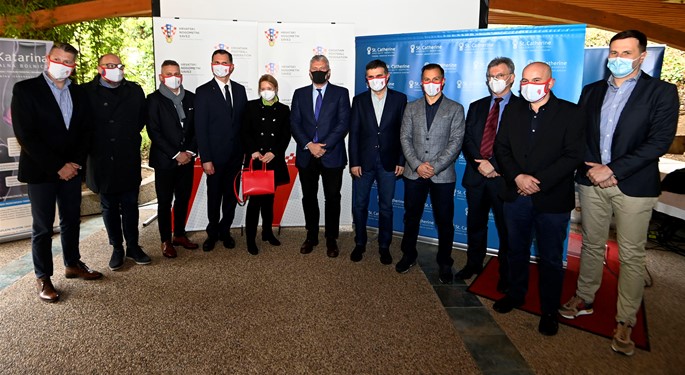 ZAGREB, 14 April 2021 – The President of the Croatian Football Federation (HNS), Davor Šuker, and the President of the Health Commission of the Croatian Football Federation, prof. Dr. Dragan Primorac, presented in Zagreb today the “Croatian model of prevention of sudden cardiac death in athletes by analysing targeted genes and associated mutations associated with conditions that can lead to sudden cardiac death in athletes”, which was recently published in the scientific journal Frontiers in Medicine.

In the introduction, Šuker pointed out the importance of medical examinations in the prevention of sudden deaths of athletes.

“Unfortunately, a few days ago we witnessed a tragic event in which a young football player from Otok, Dejan Oršuš, passed away, which is why I extend my deepest condolences to his family on this occasion. I hope that this model will be a way to prevent sudden cardiac death on football fields, but since the beginning of the project, the Croatian Football Federation has twice sent a letter to doctors of all Croatian national teams and clubs of the First and Second HNL and the First HNLŽ calling for players from risk groups to be called in time for an examination by a competent doctor. Thus, HNS globally positioned itself as the first football federation in the world to propose this form of systematic genetic testing with the aim of preventing sudden cardiac death,” said Davor Šuker. 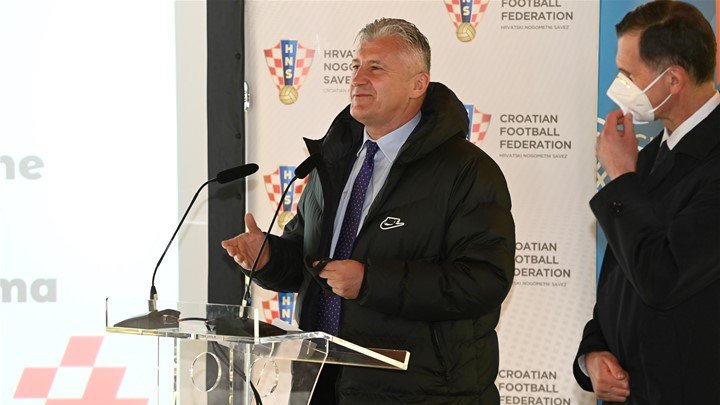 Scientists from the Sv. Katarina Speciality Hospital, the official hospital of the HNS, in collaboration with colleagues from the USA, Canada, Croatia and Germany, published the results related to the role of specific genetic markers as possible predictors of sudden cardiac death in athletes.

Among the analysed genes are those that lead to various disorders of electrical activity of the heart, including hereditary disorders of cardiac ion channels such as prolonged QT interval syndrome, Brugada syndrome, but also genes whose changes lead to structural changes in the heart such as cardiomyopathy (usually hypertrophic cardiomyopathy), and many others. conditions.

The project entitled “Development of a comprehensive model for the prevention of sudden cardiac death: Analysis of 294 genes and associated mutations associated with conditions that can lead to sudden cardiac death of athletes” was announced in June 2019 by the Šuker, Primorac and prof. Dr. Johannes Brachmann, who addressed the conference today via video link from Germany, just like mr. sc. Tanja Sofrenovic from the American corporation Invitae in San Francisco. 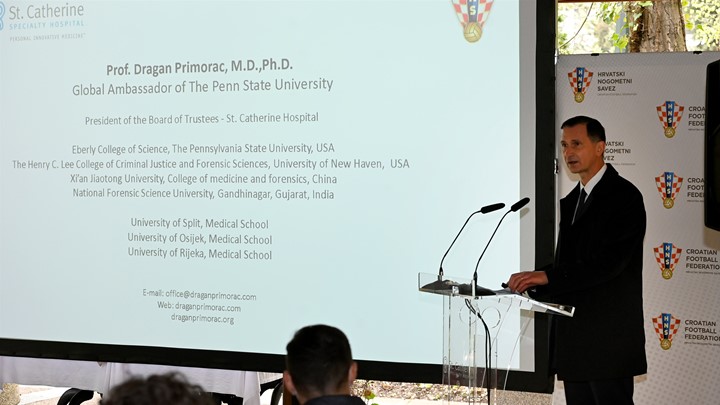 Šuker introduced the leaders of FIFA and UEFA, Gianni Infantino and Aleksandar Čeferin, to the published “Croatian model” which includes the analysis of the largest number of genes associated with sudden cardiac death of footballers, especially in players from risk groups.

Unfortunately, there are no symptoms of heart defects and the only way to prevent sudden cardiac death is primary prevention, which includes an electrocardiogram, and if there is a suspicion of heart disease, additional tests should be performed, including ultrasound, ergometry, 24-hour Holter, MRI, etc. ” “Genetic testing of deceased athletes is being done more and more today” in order to get as much information as possible about these disorders in order to better prevent sudden death in the future.“

Also, in accordance with the guidelines of the Croatian Society for Human Genetics of the Croatian Medical Association, all persons identified through screening as persons at higher risk will be provided with information as part of genetic counselling during risk identification and after additional tests. This will form the basis for optimal treatment and, if necessary, the exclusion from sports of at-risk athletes all with the aim of reducing the incidence of sudden cardiac death. In this project, for the first time in the systematic screening of athletes from risk groups, a system for genetic analysis (“multi-gene panel testing”) was introduced, which simultaneously analyses 294 genes and associated mutations associated with conditions that can lead to sudden cardiac death.

The fact is that extremely intense physical activity can temporarily increase the risk of sudden cardiac death in predisposed athletes. The medical literature states that due to increased physical activity, athletes have a 2.8 times higher risk of sudden cardiac death compared to the population that does not practice sports activities. It is especially important that diseases that have a genetic background can lead to such a dramatic state.

Therefore, in addition to the introduction of detailed clinical examinations of athletes, the medical profession has recently recommended the introduction of targeted genetic tests, primarily because they can timely indicate an existing genetic predisposition in an individual.

“Sudden cardiac death” is the leading cause of death in athletes and this project represents a significant step forward in trying to prevent such sudden and tragic events that leave a deep mark in any society. Given that a large number of cardiovascular diseases, which can lead to sudden cardiac death, have a genetic basis, within risk groups of athletes, with standard clinical treatment in accordance with the guidelines of the European Society of Cardiology, it is necessary to make timely genetic screening, which will of course lead to optimisation. treatment and making recommendations regarding their further sports activities.