Home » News » Croatian Miracle: Baby Maša One of Three in the World to Survive Groundbreaking Surgery 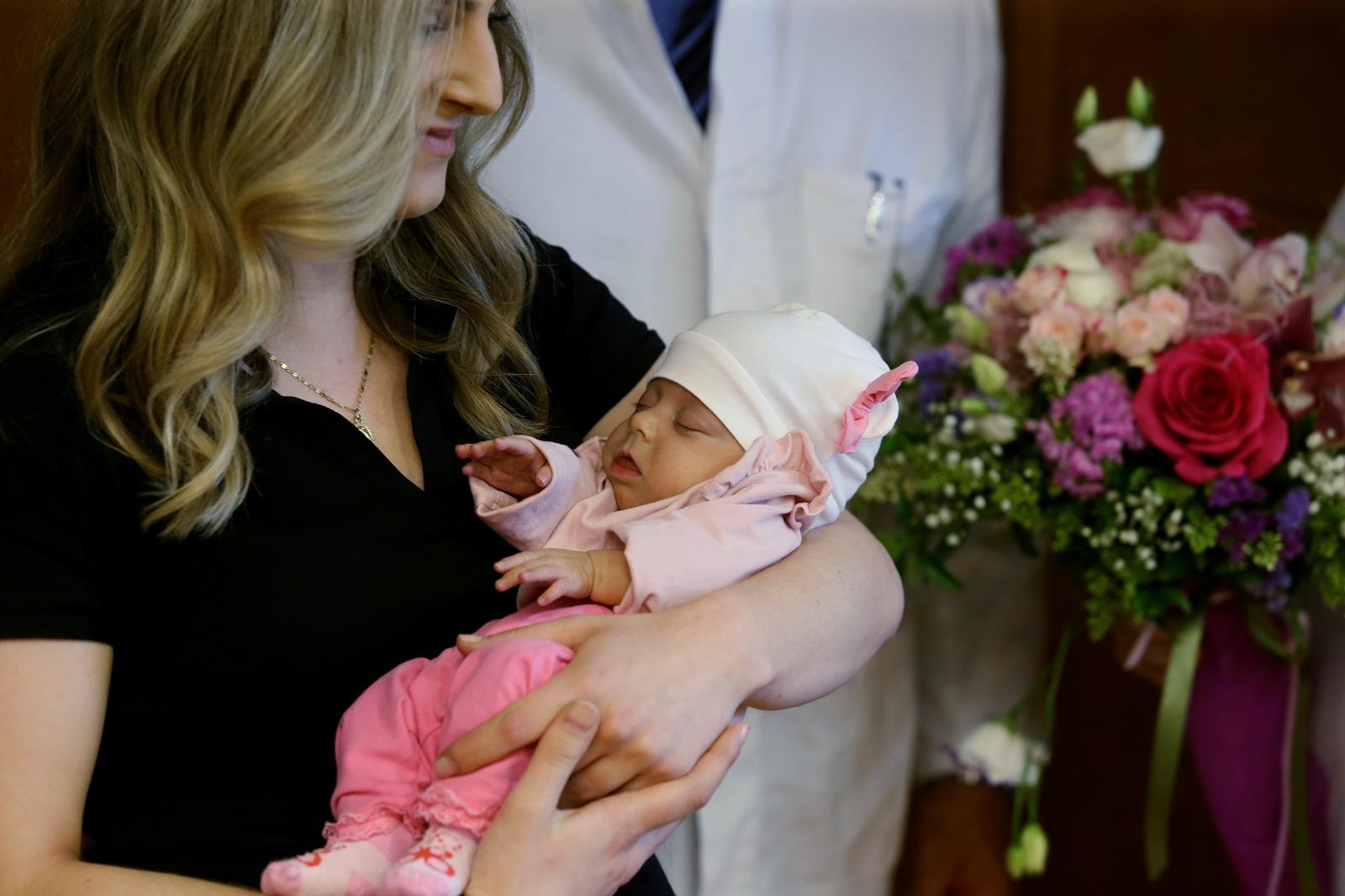 Baby Maša with her mother on Friday (Photo: Dalibor Urukalovic/PIXSELL)

A baby born nearly three months early and weighing just 450 grams has finally been taken home by her mother after surviving pioneering surgery at the Children’s Hospital Klaićeva in Zagreb.

Baby Maša was born at 27 weeks, weighing just 450 grams and suffering from a ruptured intestine.

After five months of care, the team of doctors a the Children’s Hospital Klaićeva, led by Head of Abdominal Surgery Department Dr. Stjepan Višnjić, managed to save her life.

The five-month struggle to save Maša’s life ended on Friday as she was taken home by her mother as a perfectly healthy baby weighing 3 kg.

Due to her condition and the extremely low weight (seven times less than the normal baby weight), every second mattered in the complex endeavor to save Maša’s life, and the team of doctors managed to do it in record time. They performed the complex intestines resection operation, the first ever done on a patient at such a young age which required technically flawless surgical work, top anaesthesis and postoperative care.

Baby Maša with her mother on Friday (Photo: Dalibor Urukalovic/PIXSELL)

In first five months of her life, Maša has also undergone three other operations, including laser eye surgery.
Only three babies in the world have survived this complex operation, Emilia from Germany, Abiageal from the UK and Maša from Croatia, but the other two babies were in much better condition than Maša.

The team of doctors will be awarded with commendations from the Croatian Physicians Association.