Over 120 fans showed up in their checkers and jerseys to show their Croatian pride while the Clippers beat the New Orleans Pelicans, 119-100. There was a pregame meet-up at Tom’s Watch Bar outside the stadium, and after the game, the team held a special courtside Q&A with the Clippers’ Croatian star Ivica Zubac, who finished with 16 points and 14 rebounds. 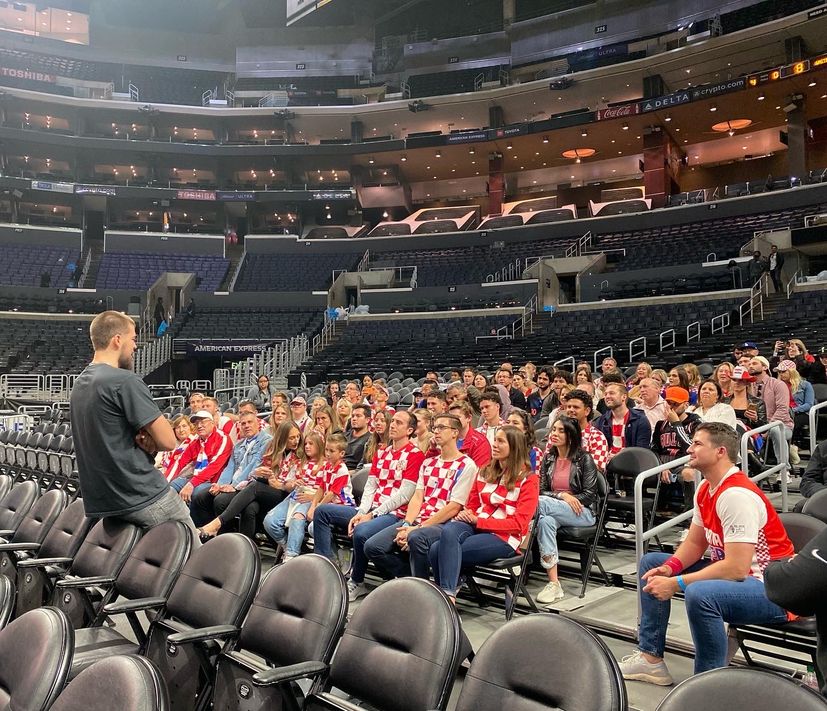 Zubac answered fan questions and noted that his favorite side with ćevapi is kajmak and, probably less controversially, that the ‘GOAT’ of the NBA is Michael Jordan. Also in attendance were Robert Kohorst, former ambassador of Croatia to USA, and Renee Pea, the Consul General of Croatia in Los Angeles. LA Vatreni, the Los Angeles group who worked with the NBA to set up the event, will also be hosting its annual Croatian Picnic on June 4 at the Compton Hunting and Fishing Club.

The event will feature music from Bravo Band Chicago and dancing from St. Anthony’s Kolo Klub Croatia and Skalinada Croatian Folklore Ensemble. Attendees can explore what it means to be Croatian and enjoy in traditional Croatian food, music and dance.