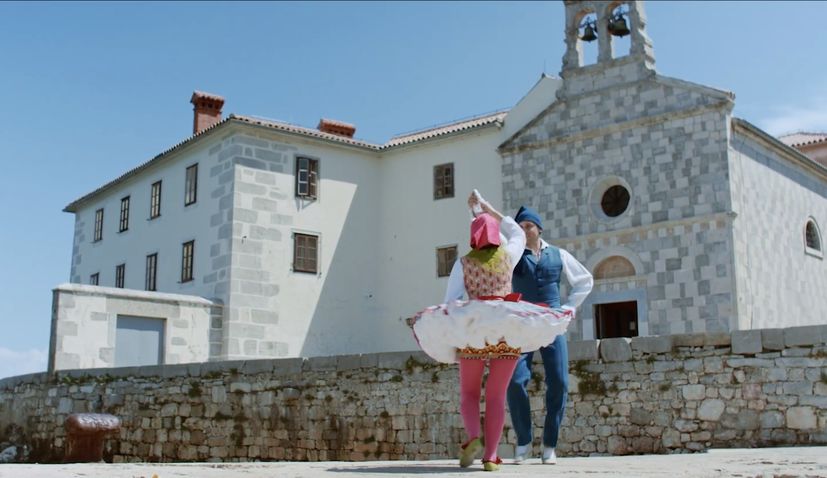 Croatia is one of the countries with the largest number of intangible cultural heritage items on the UNESCO list, and through the cooperation of Google Arts & Culture and the Croatian National Tourist Board, online insight into the rich Croatian intangible heritage is available at this link, in both Croatian and English.

The Museum of Arts and Crafts and the Museum of the Sinjska alka have also participated in the project, thus becoming part of more than 2,000 cultural institutions from 80 countries participating in the Google Arts & Culture project.

“This is the first large and comprehensive project of the Croatian National Tourist Board and Google, which promotes Croatian intangible heritage in an innovative way. As part of this project, we have revealed 25 Croatian intangible traditions to the global audience that will, I am sure, contribute to further positioning our country as a tourist destination with a rich and diverse offer with emphasis on our cultural and historical heritage that we are all very proud of”, said CNTB Director Kristjan Staničić, adding that the tourist product of culture is one of the most important motives for the arrival of tourists in pre and post-season.

Intangible cultural heritage refers to traditions or living expressions passed on from generation to generation, and with this Google and CNTB project, this content has been showcased via four sections – knowledge of crafts, folk singing and dancing, celebrations, and festivities, and food.

“2020 was a challenging year for travelers around the world. We believe that with this project we will further bring the rich tradition of Croatia, which is already known for its natural beauty and picturesque cities, closer to those wanting to learn more. Using technology and innovative storytelling techniques, this project in cooperation and under the auspices of the Croatian National Tourist Board is aimed at preserving and promoting selected aspects of Croatia’s intangible cultural heritage to a global audience. This is also the first global presentation of Croatian intangible heritage at Google Arts & Culture”, said Amit Sood, director of Google Arts and Culture.

“Today, tourists are looking for originality in a modern way, and Croatian cultural diversity is a treasure worth showing to the whole world. From the Trke na prstenac, Sinjska alka to the lesser-known ojkanje from my homeland, Croatia really showcases its diversity. I am glad that there are digital channels today that can bring our intangible cultural heritage closer to tourists around the world, especially in these challenging times that have reduced the possibility of travel. 17 cultural assets are on the UNESCO list, and this is only a part of what we are presenting today because Croatia is adorned with a wealth of natural beauty as well as with a rich historical and cultural heritage. While we expect a return to the old normal, projects like this allow our guests the virtual trips and the acquaintance with the cultural and historical richness of Croatian destinations. We hope that you are already planning your travels and that this content will provide an additional reason to visit Croatia. See you soon at Google Arts and Culture”, said the Minister of Tourism and Sports Nikolina Brnjac.

Just some of the examples included in the project are Agave lacemaking, originating from the Canary Islands, which today is made in Croatia solely by the Benedictine nuns in the town of Hvar situated on the island of the same name, the knights’ tournament Sinjska alka has been held every year in August on the anniversary of the victory over the Turkish invaders in 1715 when 700 Croatian soldiers from Sinj managed to repel the onslaught of 60,000 Turkish soldiers, the traditional Tribunj donkey race held every year on the first day of August in which only Tribunj residents have the right to participate and the goal is to run around the historical city center.

The project also includes Nijemo Kolo (Silent Dance) from the Dalmatian hinterland, which is unique, as it is performed in a circle or in pairs almost exclusively without any musical instruments, klapsko pjevanje is traditional polyphonic folk singing performed without musical instruments dedicated to love or to the community in which the singers live, the art of preparing Zagorski štrukli a savory or sweet cheese pastry-type dish beloved in Hrvatsko zagorje, the singing of the traditional folk song Bećarac which is performed in a strict form of couplet in decasyllable whose last words rhyme and is sung at weddings, but also at all other celebrations because the lyrics are humorous and cheerful, and many others.

Using the Street View feature, people all around the world can move around many breathtaking locations virtually, clicking to discover more of Croatia’s treasures or diving into the high-resolution images. Take a tour of the glistening coastline and dive into the crystal clear waters of the Adriatic Sea, explore Korčula Island, home of the Moreska sword dance, or go to Omiš, where the Festival of the Dalmatian Klapas takes place. Stop by the island of Lastovo, mainly noted for the natural beauty, its 16th-century Venetian architecture and for its major cultural event – the Poklade, also called the “carnival”. Be sure not to miss Dubrovnik and the surrounding region, one of the most prominent tourist destinations on the Mediterranean.