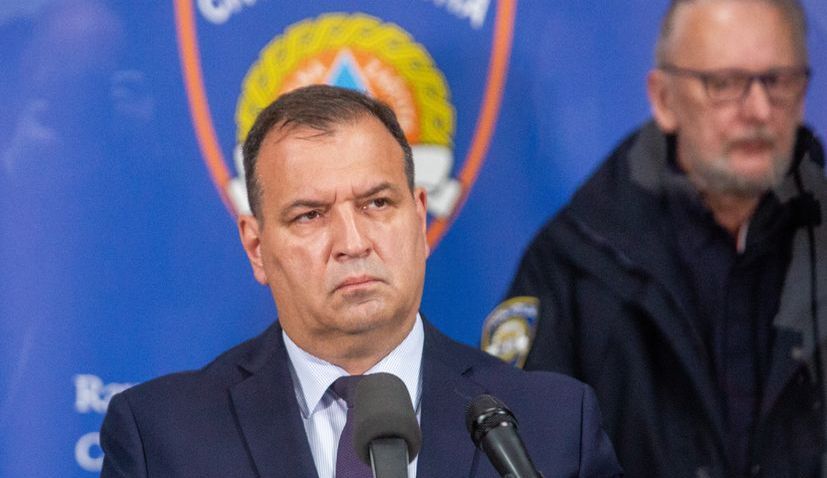 The minister is in stable condition with mild symptoms and will continue to perform his duties in isolation, adhering to all epidemiological measures, the statement said.

Interior Minister Davor Bozinovic, who heads the national COVID-19 response team, said on Thursday that additional epidemiological measures would be imposed at the national level if the number of daily coronavirus infections continued to grow.

“As we have announced, if the numbers continue to grow this week, we have to do all we can to maintain the functioning of the healthcare and hospital system,” Bozinovic said at a cabinet meeting.

Over the past week, the national COVID-19 response team has ordered additional epidemiological measures for 10 counties, which now have tighter restrictions than those at the national level.

Prime Minister Andrej Plenkovic said on Thursday that the coronavirus situation in Croatia was serious and that the national COVID-19 response team was preparing a new package of measures to reduce the intensity and spread of the epidemic.

“We discussed the matter yesterday and the day before yesterday so that, based on recommendations from scientists, epidemiologists, the Croatian Public Health Institute and all those involved, the national response team could prepare a package of new measures with which we would try to organise our lives and work in such a way as to reduce the intensity and spread of the epidemic,” the prime minister said at a cabinet meeting on Thursday morning.

“Although the growth rate is not as high as it was in October, it is concerning that the daily numbers are high, with an average number of daily infections exceeding 2,550,” Plenkovic said.

“The measures in place have slowed the spread of the epidemic, but the curve has not started to descend in a way we would want it. We need to make additional efforts to reduce the burden on the healthcare system,” he added.

Plenkovic said that the present situation had also resulted in the daily number of COVID-19-related deaths increasing to above 35 in recent days, “which is a sufficient indicator of the seriousness of the situation.”

The prime minister again appealed to the public to adhere to the measures in place – to wear face masks, use hand sanitiser, not shake hands with other people, maintain a safe distance, air out their rooms and offices, and reduce socialising.

He said that the European Council was meeting today to discuss common measures and expectations regarding the certification and verification of one of the vaccines.

Hospitalisations in Croatia doubles in November

The number of coronavirus-related hospitalisations in Croatia has doubled this month and the number of patients on ventilators has continued to grow, Tomislav Dulibic, state secretary at the Ministry of Health, reported at a cabinet meeting on Thursday.

Dulibic said that 1,877 infected persons were treated in hospitals on Wednesday, including 205 who were on ventilators, while over the last week 1,596 COVID patients had been admitted to hospitals and 1,086 had been discharged.

He warned that the current percentage of newly-infected persons, not coming from self-isolation, stood at a high 80 percent.

“This means that the vast majority of positive people moved around freely and spread the infection without suspecting that they had been in contact with an infected person,” Dulibic said.

He noted that the coronavirus death rate was several times higher than the death rate for the seasonal flu, adding that the infection could cause long-term diseases even in young and healthy persons.

A record 3,251 new coronavirus cases were confirmed in Croatia on Wednesday and 38 people had died since Tuesday.