A culinary collaboration between Michelin Guide and the Croatian Tourist Board has taken place in Paris.

A Croatian ‘Four-hands’ dinner with guest chefs was held this week at La Scène restaurant in Paris with the aim of the event was to promote Croatian food and wine in France. 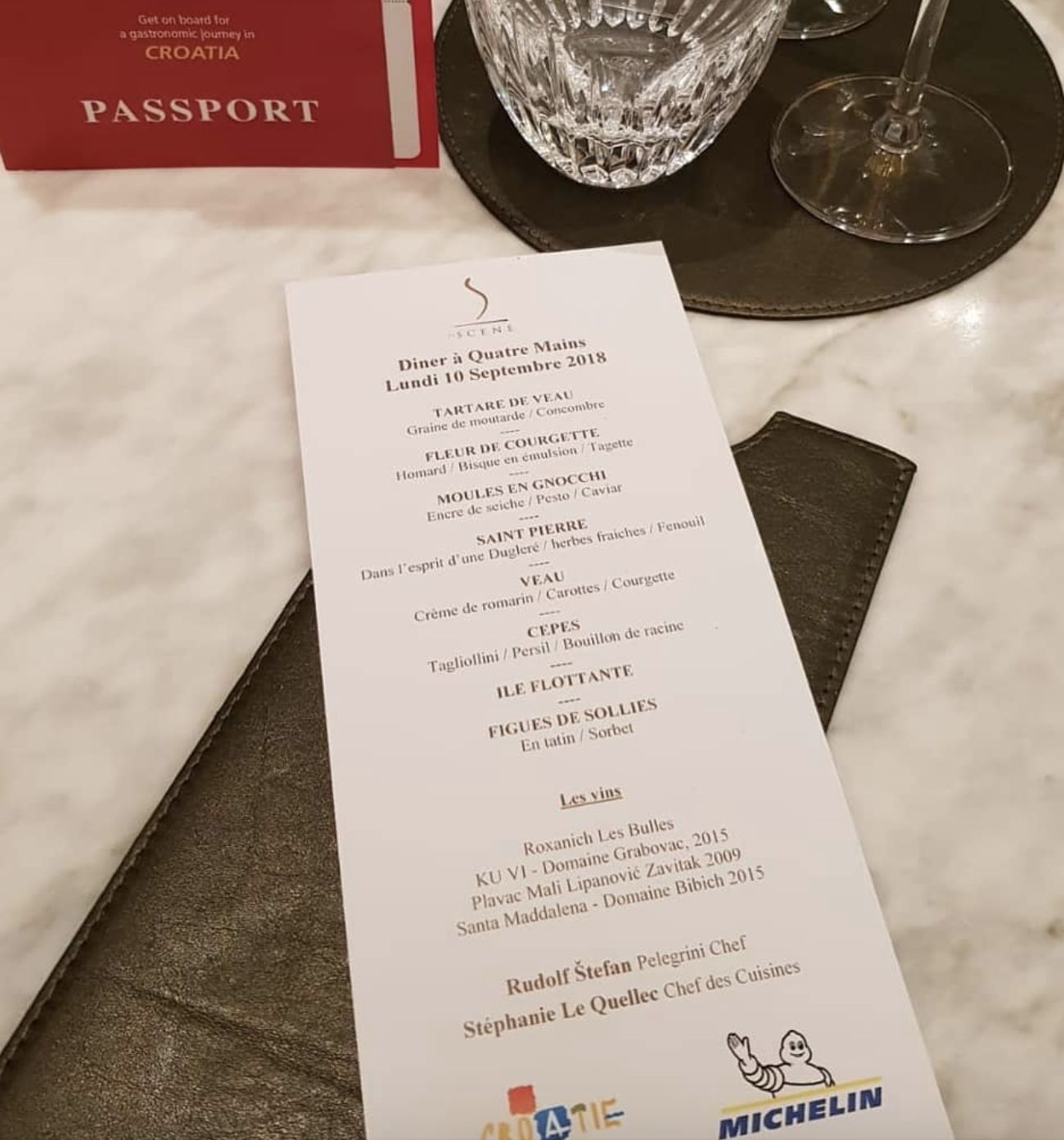 Veal under the bell 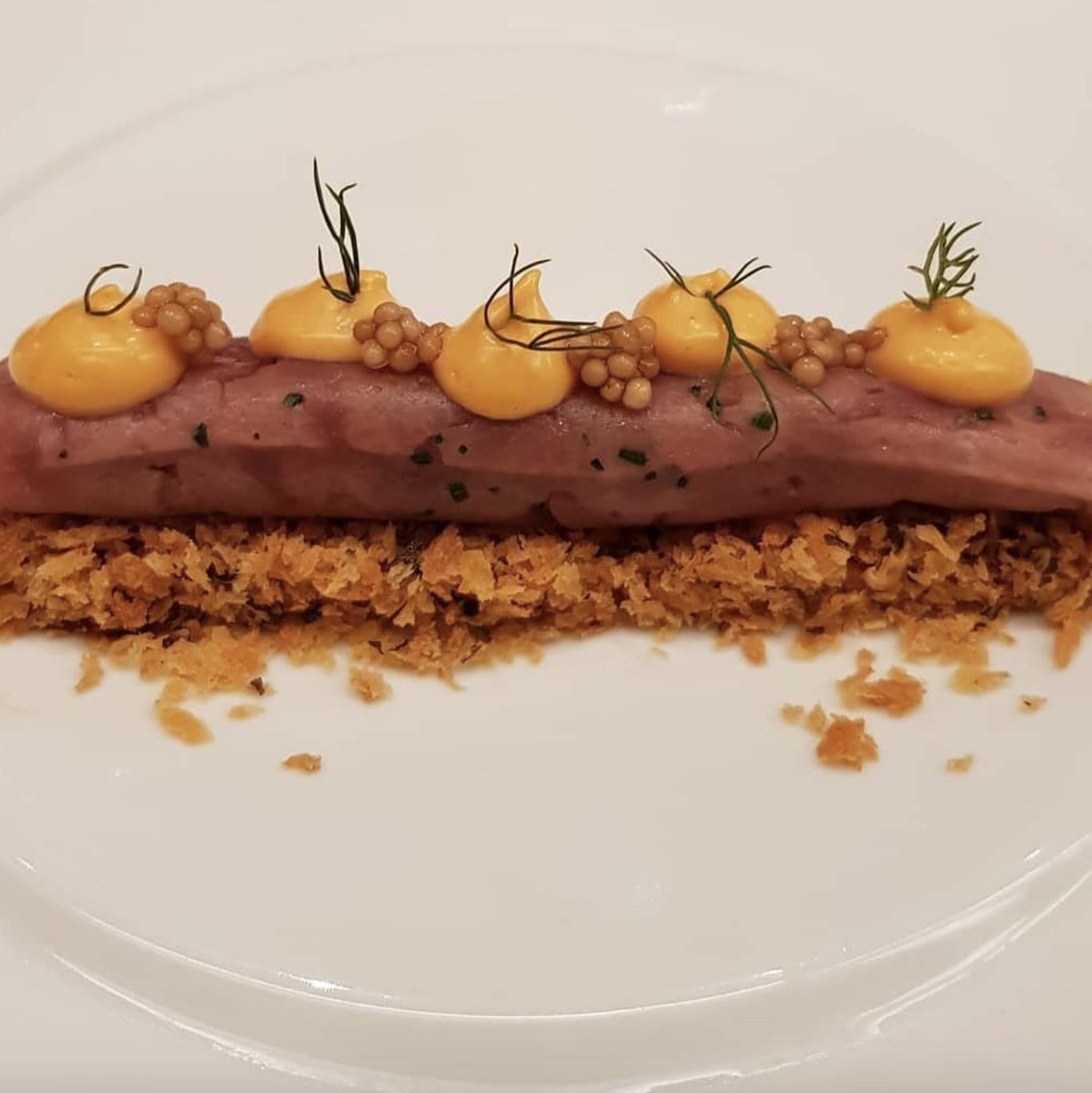 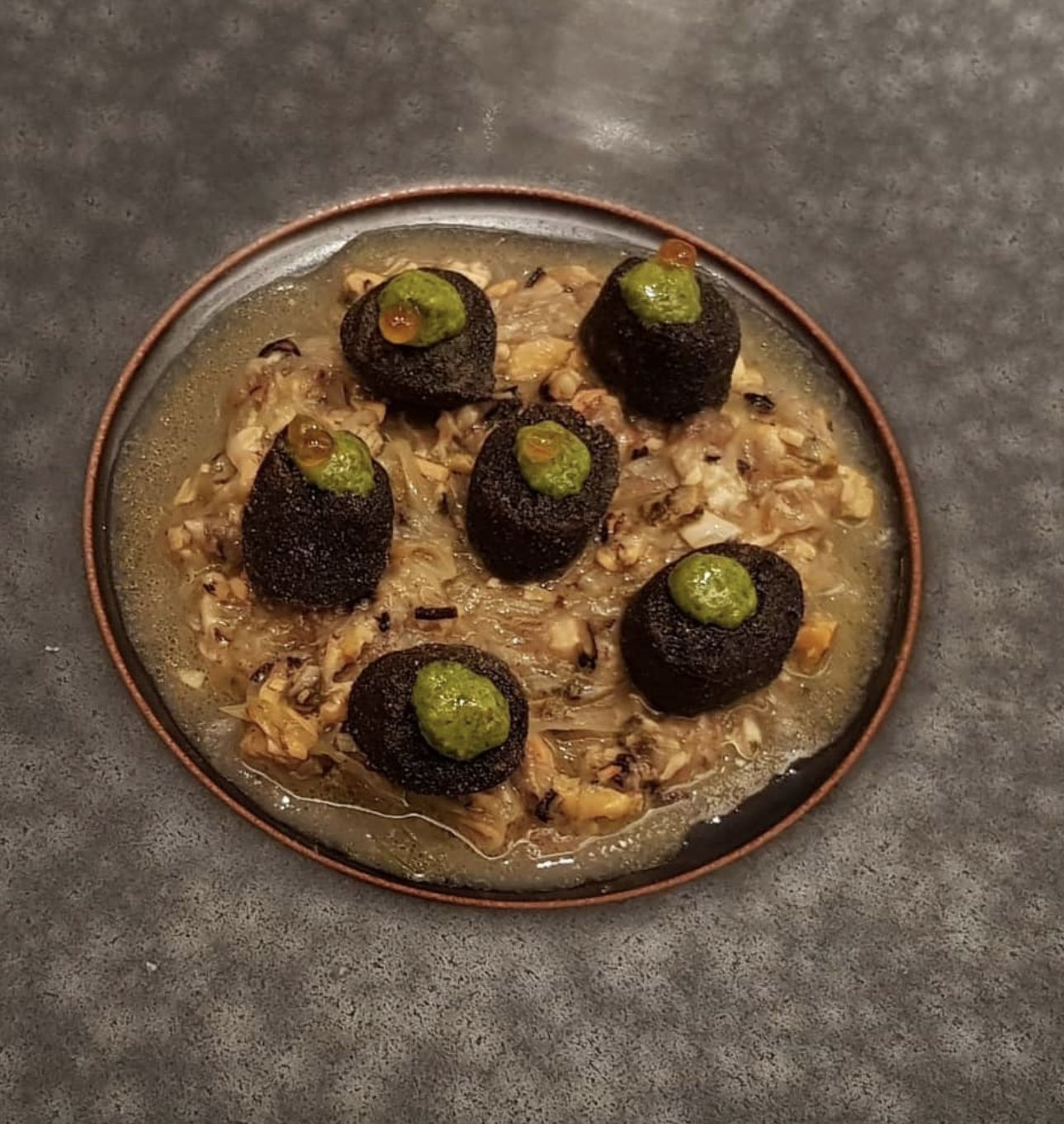 Wines on the menu included Roxanich, Lipanović, Grabovac and Bibich.

Le Quellec is one of the most promising talents in the French culinary world working at La Scène. In February 2014, Le Quellec and her brigade were awarded 1 Michelin Star. 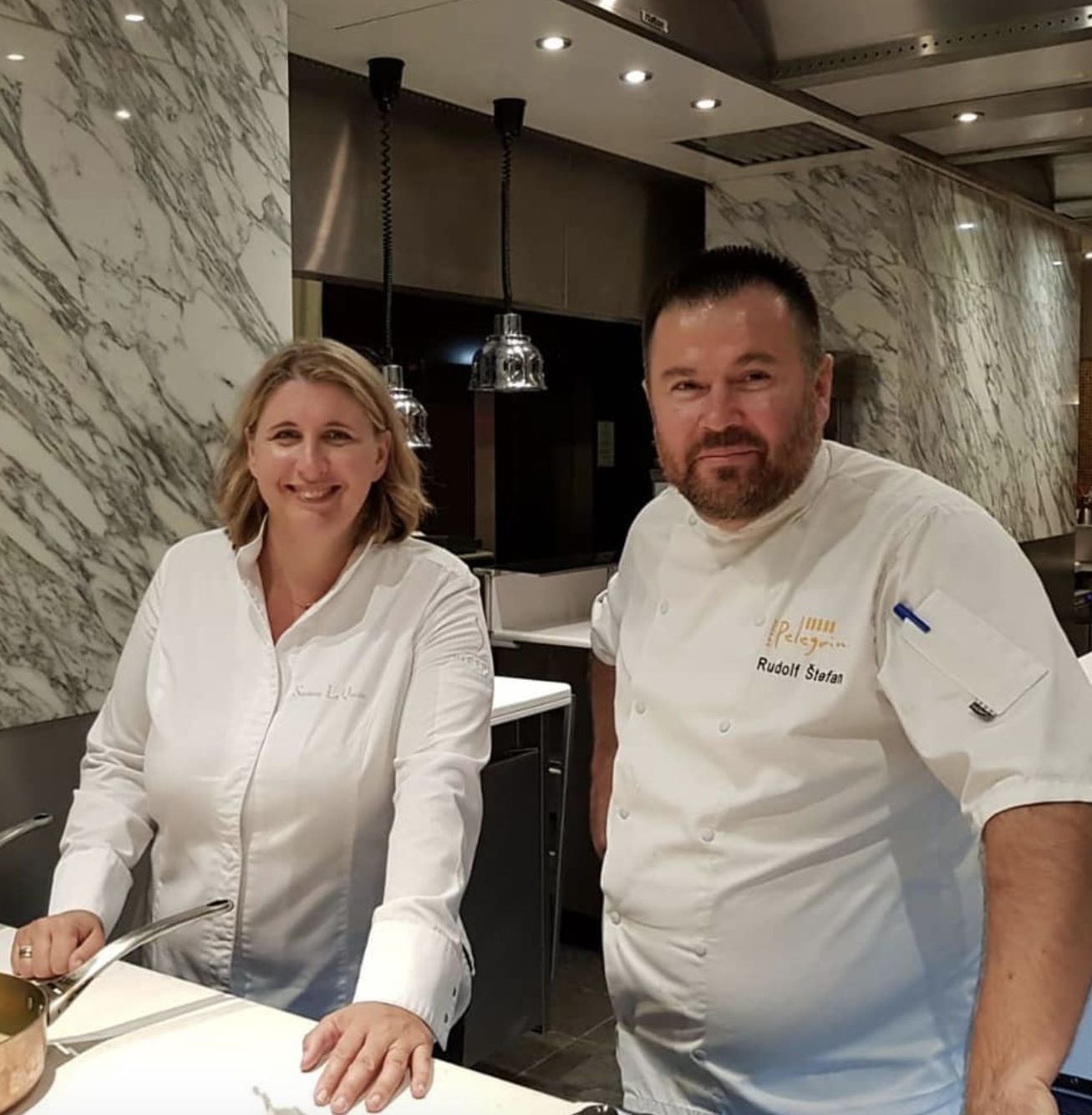 Štefan is Croatia’s leading chef. Trained as an economist, Rudolf fell in love with Šibenik and works at Pelegrini which received a Michelin Star this year. Štefan has been elected best Croatian chef in 2017 and 2018.