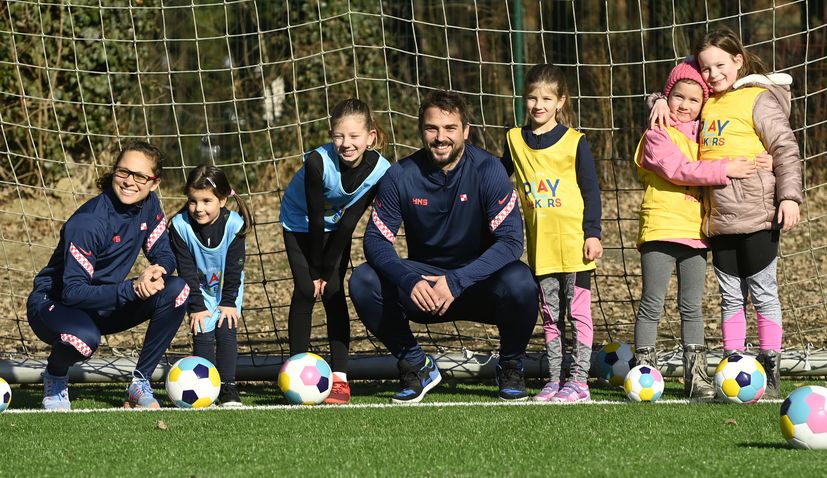 From March, girls all over Croatia will have the opportunity to participate in the UEFA Playmakers program and love football through innovative and fun trainings that follow the action of the most popular Disney animated hits.

What is the UEFA Playmakers program?

UEFA Playmakers is a pan-European program for the promotion of women’s football, which was created in cooperation between UEFA and Disney and which the Croatian Football Federation (HNS) is introducing in Croatia on March 1. The program is intended for girls aged 5 to 8 and is adapted to those girls who have never played football or participated in a sport before.

The program has a unique approach based on scientific research from UEFA and Leeds Beckett University and focuses on narration, acting, imagination and children’s play as the main elements in encouraging girls to play football and develop motor skills and physical skills.

In Croatia, the program will take place during 2022 and 2023, and a total of four editions of the program will be organized, and the first edition – the one that starts in March 2022 – will follow the action of the animated film Frozen 2.

Each edition of the program will consist of ten trainings, during which the girls will embody characters from Disney’s most popular animated films such as Frozen 2 and The Incredibles, and learn basic football skills. The ambassador of the UEFA Playmakers project in Croatia is the former international and current coach of the Croatian U-19 national team Niko Kranjčar, who stressed the importance of the game in encouraging children to play sports:

“I like this program for several reasons – I’m a big fan of cartoons, especially Disney’s, and I’m also a big fan of sports and I believe that all children should have the opportunity to play sports. This initiative is a great way for young children to gain the habit of playing sports through play and playfulness – which, in my opinion, are the most important part of sports.” Unlike traditional football programs, each of the ten trainings in each edition of UEFA Playmakers follows the action of animated hits such as Frozen 2 and Redeemer 2. Girls who will participate in training will have the opportunity to embody popular characters such as Elsa and Anna and Redeemer heroes, as well as to develop basic football skills, the ability to cooperate and the imagination.

The basic goal of the first few trainings within each edition of the UEFA Playmakers program is to encourage girls to gain self-confidence in their sports skills and to think creatively and communicate with other participants in the program. In the continuation of the program, coaches introduce exercises that develop basic football skills, but the emphasis remains on relaxed play and fun. “The development of women’s football and encouraging girls to play football are important goals of HNS and we believe that this program, along with many other programs for the development of women’s football that we already implement, can be very useful for developing our women’s football base. As a long-time coach who has worked with young players and as a main instructor whose work includes working with young players, I see a lot of potential in the approach used by UEFA Playmakers. The football centers that will implement the UEFA Playmakers program in cooperation with HNS are closely connected with women’s football clubs and we hope that the girls will love football through these non-competitive, fun trainings and want to continue their football travels in football clubs,” said Chief Instructor of the Croatian Football Federation Petar Krpan.

Where and when is the UEFA Playmakers program held in Croatia?

The program will be held in as many as 30 football centers  in Croatia so that girls from all over Croatia can participate – trainings will be held in Zagreb, Rijeka, Split, Osijek, Dubrovnik, Čakovec, Ivanec, Karlovac, Kaštela, Koprivnica, Lepoglava , Metković, Požega, Pregrada, Pula, Slavonski Brod, Velika Gorica, Vinkovci, Zadar and Županja. 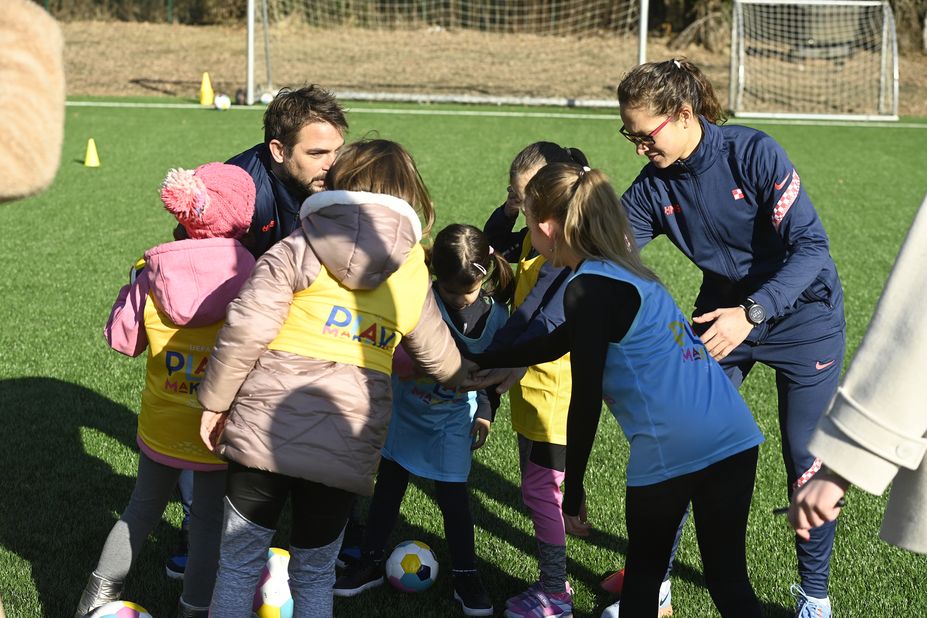 The first edition of the program starts in March, and parents can already register their girls (from 5 to 8 years old) to participate in this edition via the link HERE. The second edition will begin in May this year, while the third and fourth editions will be organized in the fall of 2022 and spring 2023, respectively.