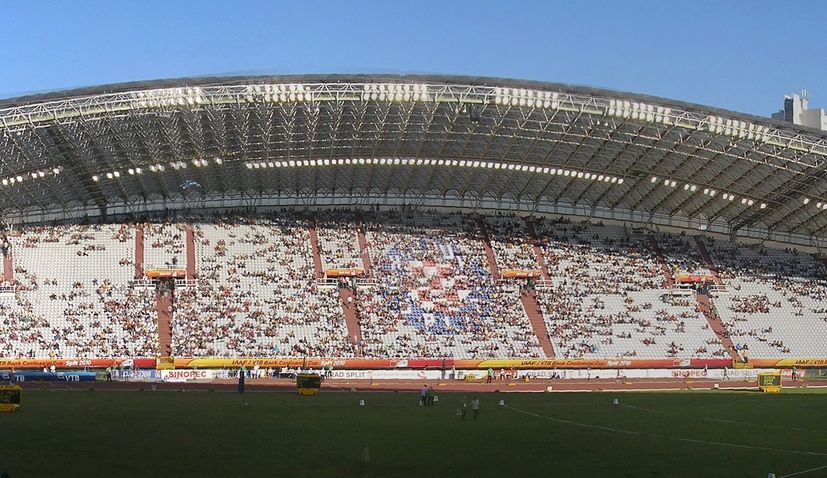 ZAGREB, 25 November 2020 – The President of the Croatian Football Federation, Davor Šuker, hosted the new President of the Management Board of Hajduk Split, Lukša Jakobušić, at the federation’s headquarters in Zagreb.

“We talked openly about everything, I hope that we will roll up our sleeves as soon as possible and do a lot for the benefit of Croatian football. We care that Hajduk is strong, competitive, and that, in football jargon, it has power. The Croatian Football Federation will not interfere in the work of the Football Federation of the Split-Dalmatia County, which must be independent. I would like Hajduk to be the main conductor there and an important factor, everything that its leaders must show by acting through that institution in order to enter the Croatian Football Federation Assembly, is important and they have my support in this matter. It is very important to us that Hajduk continues to create quality young players and that Croatia continues to draw football talents from all over Dalmatia. The national team is coming to Split again in March, we have to do everything to provide Modrić, Perišić, and co with excellent conditions for the game. We have already made a decision on the reconstruction of the field in Varaždin, Velika Gorica, and Šibenik, and my proposal at the next session of the Executive Board will be to renew the pitch at Poljud Stadium,” said Davor Šuker.

Lukša Jakobušić did not hide his satisfaction after the meeting.

“This meeting is a logical sequence of what I announced in my inaugural speech. I want to talk about everything and to begin with I choose the most difficult topics that, understandably, are of most interest to Hajduk and the wider football public. I think the context and issues of Hajduk The president of the Croatian Football Federation is the one who represents the federation and who has the power to solve open issues and problems that we talked about today. I have the impression that some attempts at positive changes on our part were rejected only because of the way they were presented, “said Lukša Jakobušić.