An impressive Croatian-designed platinum-category hotel has officially opened in China this week.

The LN Garden Resort Hotel is designed by Zagreb-based architect studio 3LHD. The huge project in China is another feather in the cap for the Croatian firm.

Located in southern China’s Guangdong province, on the Zhu Jiang (Pearl River) estuary, the LN Garden Resort is part of the Nansha Seaside Park. The building forms a unique entity with the surrounding landscape – the shaded and sunny elements rhythmically form the spatial dynamics.

“The hotel’s volume and its mountainous effect are disintegrated with parallel horizontal lines of the facade that form an envelope which wraps itself around the building,” 3LHD says. The hotel, which has already caught the attention of the public in China, has 374 rooms and is categorized higher than 5-stars in the Platinum category.

The central lobby features an art installation from Croatian artist Ivana Franke that fills out the empty space and intensifies the sensation of the elements: light, air, wind and water. 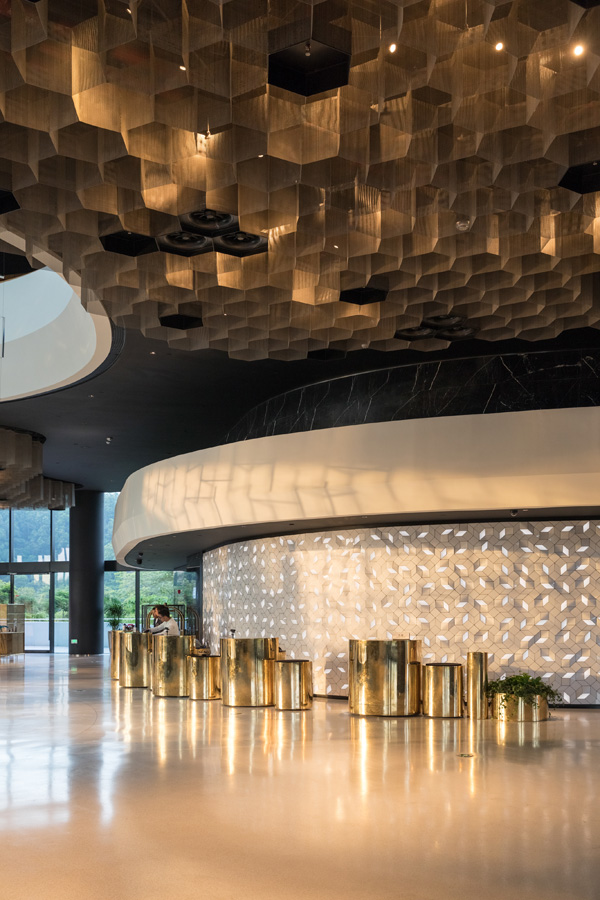 Other features at the resort include a number of restaurants offering different experiences and atmospheres, a health center with a swimming pool with whirlpools, hydro-massages, two 20 meter swimming lanes and an outdoor extension is situated in the double floor height northwest wing. 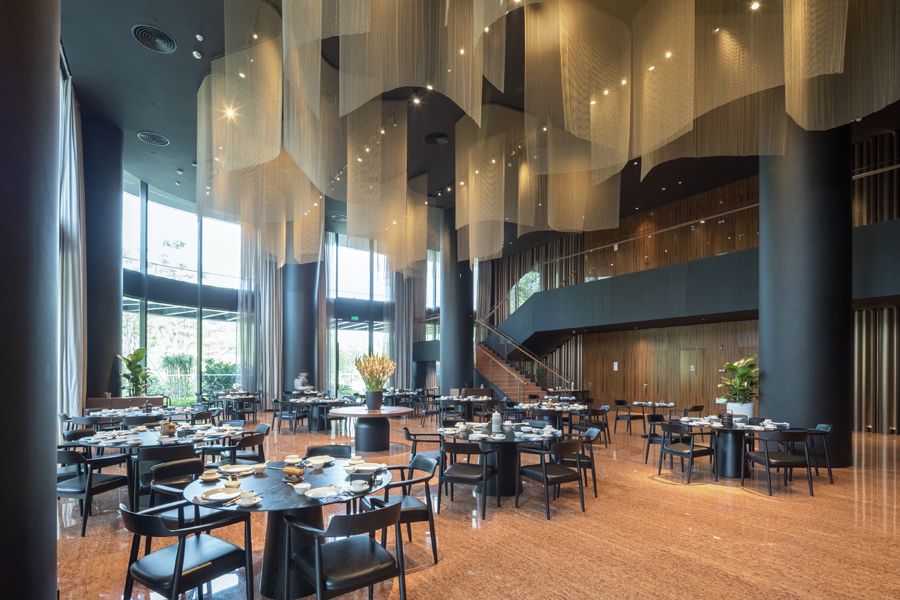 The hotel outdoor areas are designed to merge the building with the surrounding landscape. Green elements from the exterior appear in the interior linking it with the environment. Shade is provided with tree canopies placed on the water surfaces, or on the green or paved areas next to them.