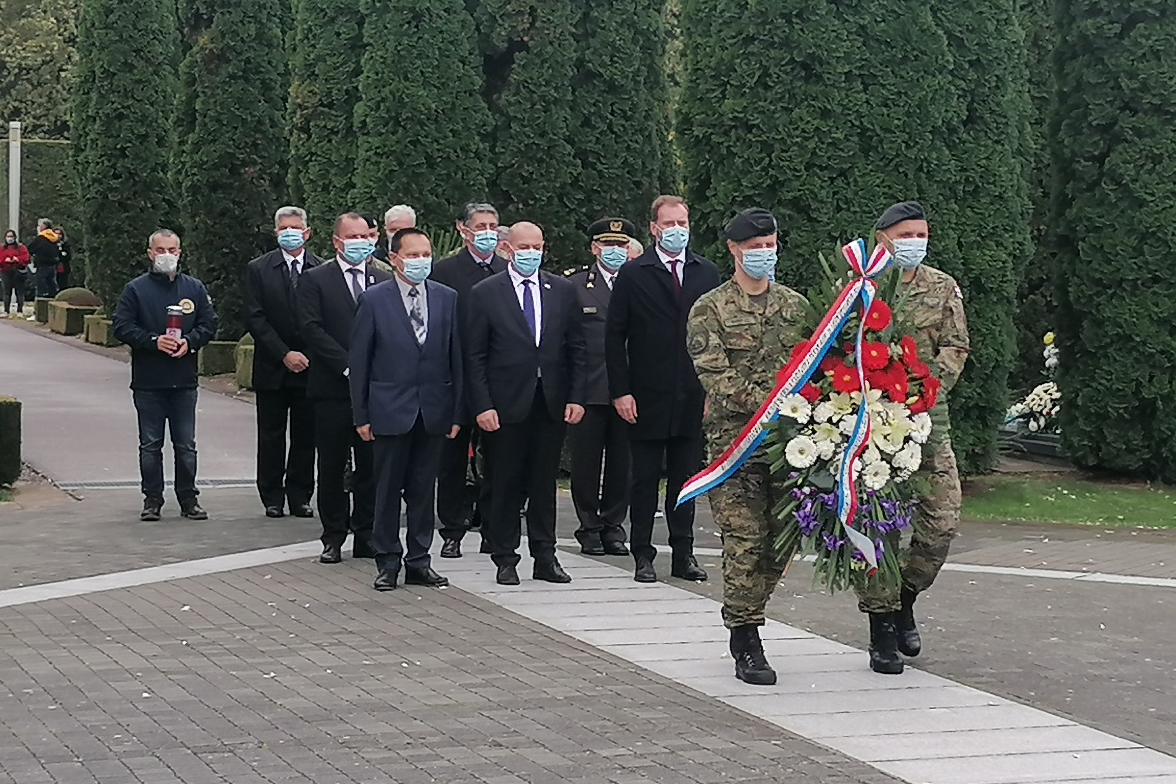 Along with Minister Banozic, the laying of wreaths was attended by Deputy Prime Minister and Minister of Croatian Veterans Tomo Medved, representatives of the Ministry of the Interior and the Croatian Army, Vukovar-Srijem County, and the last commander of the Vukovar defense Branko Borkovic (Photo credit: HV/ I. Oršolić)

ZAGREB, Oct 31 (Hina) – Defence Minister Mario Banozic on Saturday laid a wreath and lit a candle at the Homeland War Victims Memorial Cemetery in Vukovar on the occasion of All Saints’ Day and All Souls’ Day.

He also paid his respects to the victims at the Ovcara memorial and in Bogdanovci.

Banozic said it was with pride and dignity that he was paying his respects to the defenders and all those who gave their lives for free and democratic Croatia as well as to the suffering of Vukovar in the Homeland War.

“Vukovar meant everything for Croatia and today it is a symbol of the heroism and resistance in the Homeland War. We are paying deep respects to the victims of Vukovar as well as the victims of Bogdanovci who gave an immense contribution to the creation of peace and freedom in Croatia. In thought, we are with the families of the killed, missing and dead Croatian defenders. Once again, an immense thank you for all you did,” the minister said.

He was joined by War Veterans Minister Tomo Medved, representatives of the Interior Ministry, the army and Vukovar-Srijem County, and the last commander of Vukovar’s defence, Branko Borkovic, the Defence Ministry said in a press release.