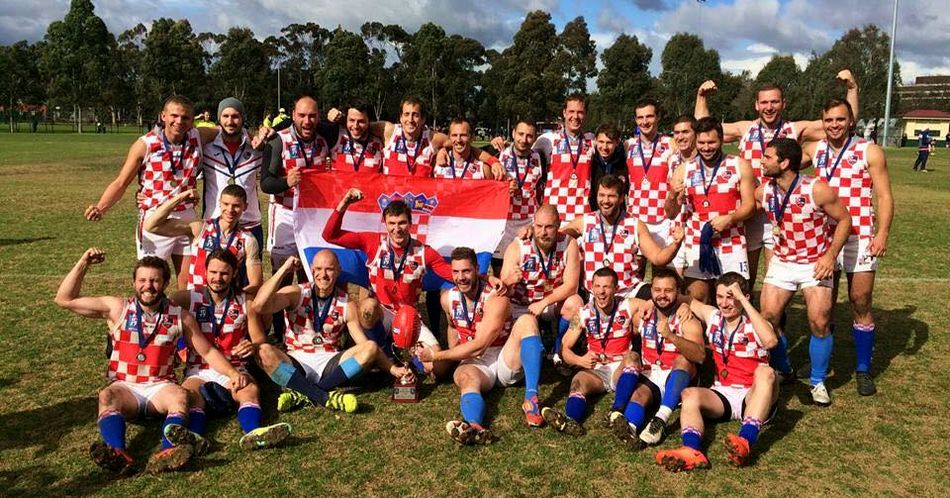 The Croatian Australian Rules football team has won the Men’s Division 2 Final at the AFL International Cup in Melbourne on Friday.

The Croatian Knights thrashed Germany in the Grand Final 74-8 at Royal Park – Ransford Oval to claim victory in their division at the 6th AFL International Cup.

Croatia had been convincing the whole way through their first ever AFL International Cup downunder. 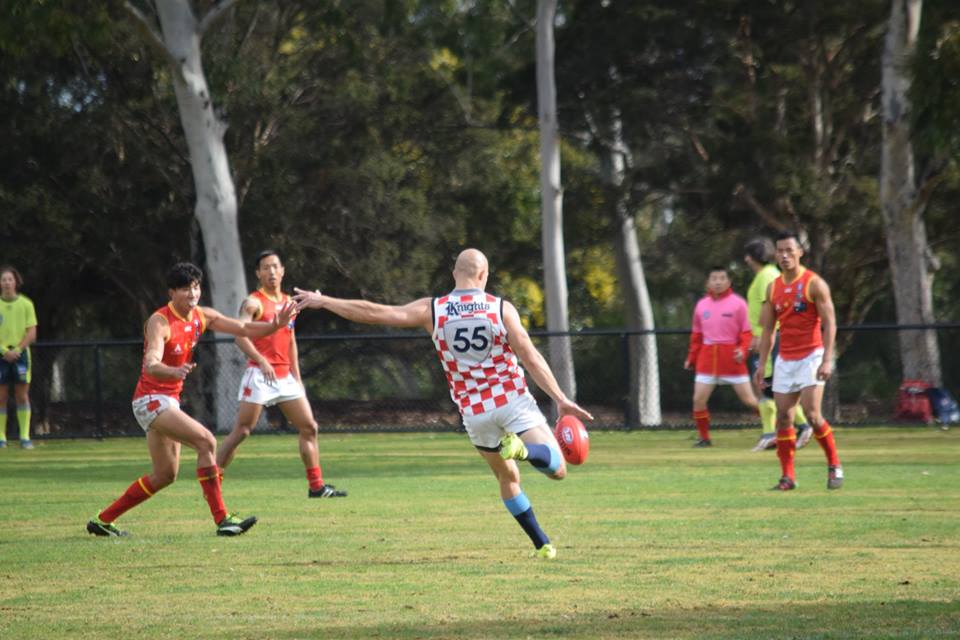 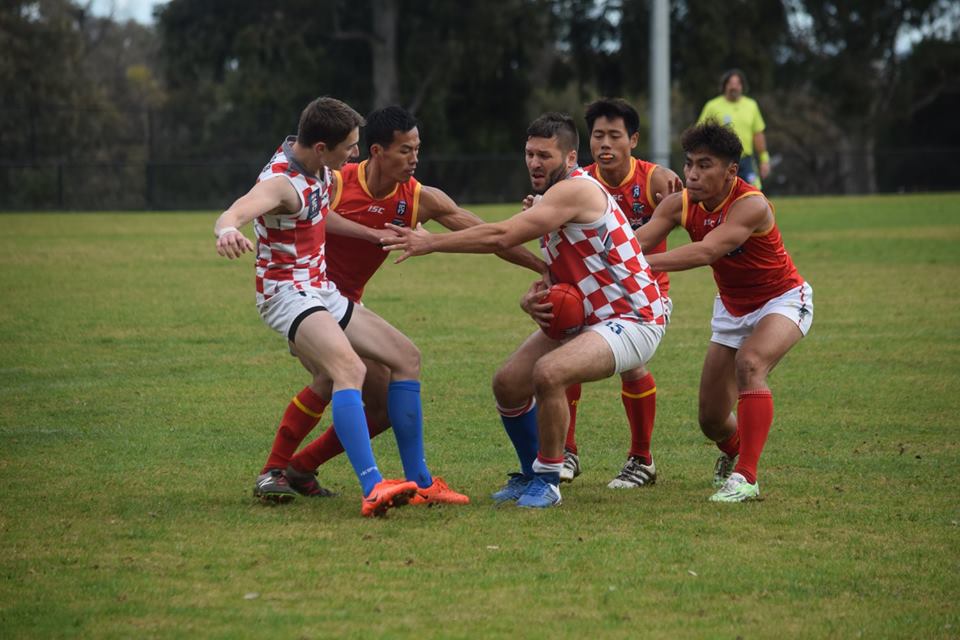 The team nearly did not make it to the tournament, but after a crowdfunding campaign became a success they managed to raise enough funds to make the long journey to Australia. 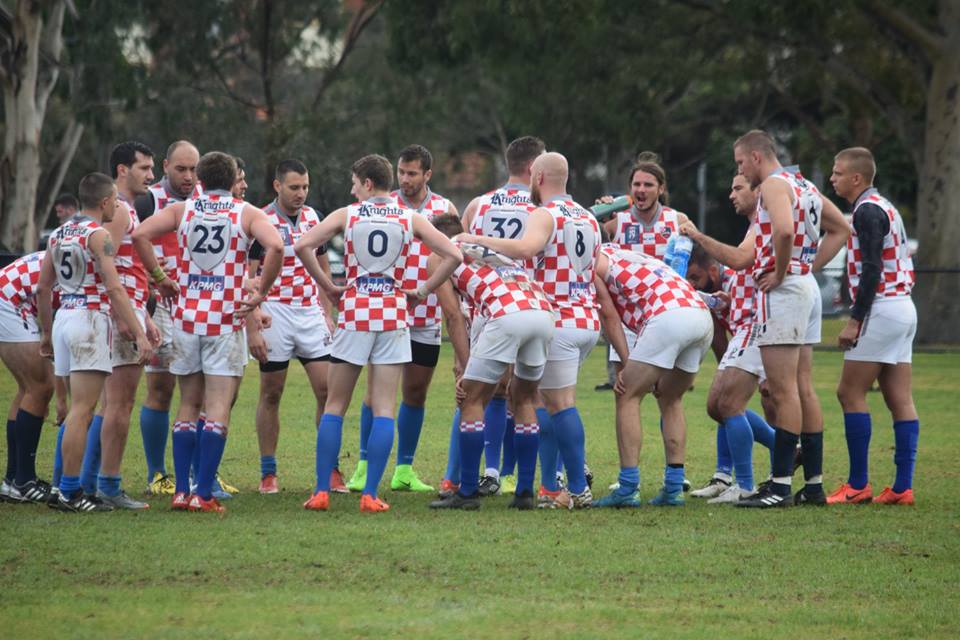