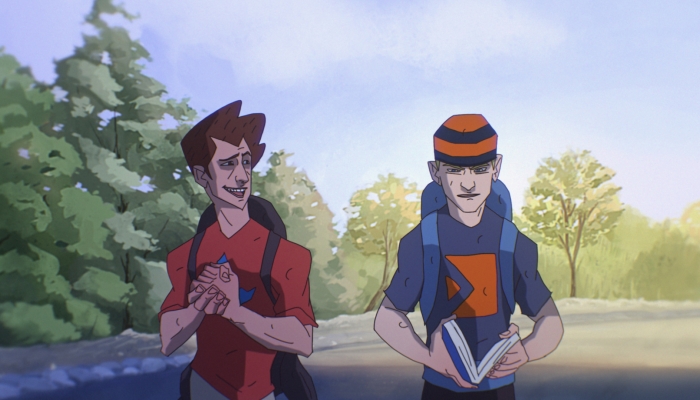 Out of 522 animation films submitted to the Tokyo Anime Award 2016, Off Belay came out on top, winning first prize in the short film category…

The short film, Off Belay, is the work of Croatian animator Siniša Mataić. It tells the story of two climbers who set out on a life-changing adventure. The title, “Off belay”, is a climbing command that means “I am safe and you can take me off belay”.

Ten main judges – and an additional panel of over one hundred judges, all working with anime – picked Off Belay as the grand prix winner in the short department, while Long Way North won in the feature film department.

”Words can hardly describe how I feel about winning. I was always a BIG fan of Japanese anime, not only because amazing animation and art style, but for the storytelling as well. I think that it can been seen in my style that I am highly influenced by it. So to be honest, I don’t think that any other award would be so dear to me like this one,” says director Siniša Mataić about his new award.

Siniša Mataić produced the film during his stay at Open Workshop – an artist residency that is part of The Animation Workshop (VIA UC). The development and production period lasted from August 2012 to June 2013.

“I would not be able to do this film without Open Workshop and for that I am extremely grateful,” says Siniša.

What the future holds

As of right now, Siniša Mataić is working as a 3D animator at Tinker Magic Studio in Barcelona, Spain. In his spare time, the Croatian works on personal projects with his fiancée, Natalia Marcos, who is a former student at The Animation Workshop.

“Off Belay was a great learning experience for me. I did almost everything myself so I learned the hard way how important it is to have a good team of people supporting you. I am super excited to share more of my work in the future,” he concludes.