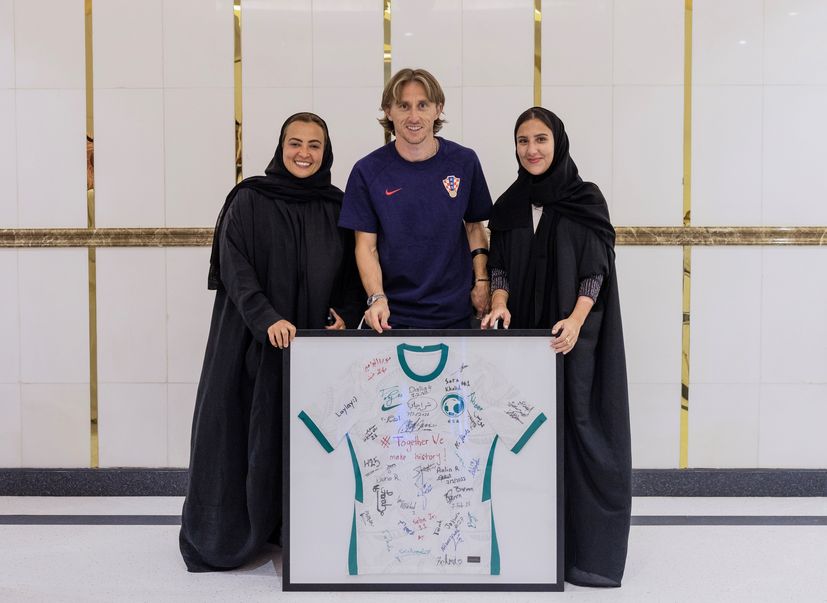 Riyadh, Kingdom of Saudi Arabia – 17 November 2022: Ahead of Saudi Arabia and Croatia’s final friendly match in Riyadh before the start of their respective 2022 FIFA World Cup campaigns, both federations signed a Memorandum of Understanding (MoU) to explore areas of collaboration across all levels of the game.

“Croatia is among the world’s elite football nations, and their national team captured the world’s attention four years ago by reaching the FIFA World Cup final. Their 2018 campaign will remain in the history books forever. We are pleased to have welcomed them in the Kingdom of Saudi Arabia over the past few days ahead of their trip to Doha,” said Al Misehal.

He added: “We look forward to exploring areas of collaboration, in addition to sharing knowledge and experiences to support the development of football in both our countries. We wish their national team the very best of luck in Qatar.” 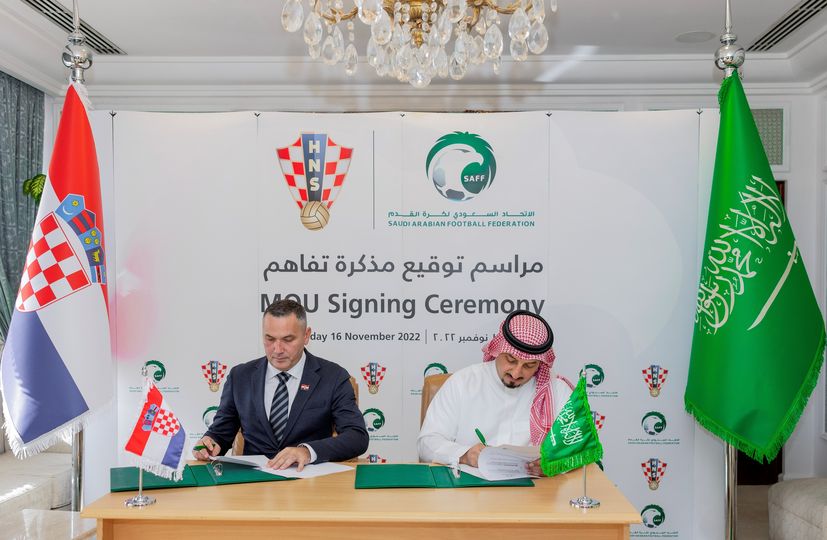 In a sign of appreciation for the massive progress across all areas of the women’s game in Saudi Arabia, the 2018 FIFA World Cup finalists presented SAFF Women’s Football Department with a signed shirt by its national team players. It featured signatures of Croatia’s football stars from Real Madrid’s Luka Modrić and Tottenham Hotspur’s Ivan Perisić to Chelsea’s Mateo Kovacić and Inter Milan’s Marcelo Brozović.

Commenting on the new partnership, HNS president Marijan Kustić said: “We would like to thank our friends at the Saudi Arabian Football Federation for their kind hospitality in Riyadh and wish them the best of luck at the FIFA World Cup. We are extremely pleased to kick-start a new chapter of collaboration and partnership between our two nations.”

Supervisor of the Women’s Football Department and SAFF board member Lamia Bahaian and department head Aalia Al Rasheed expressed their gratitude for the gift to the whole delegation at the Croatian Football Federation and offered their best wishes to the national team in Qatar. 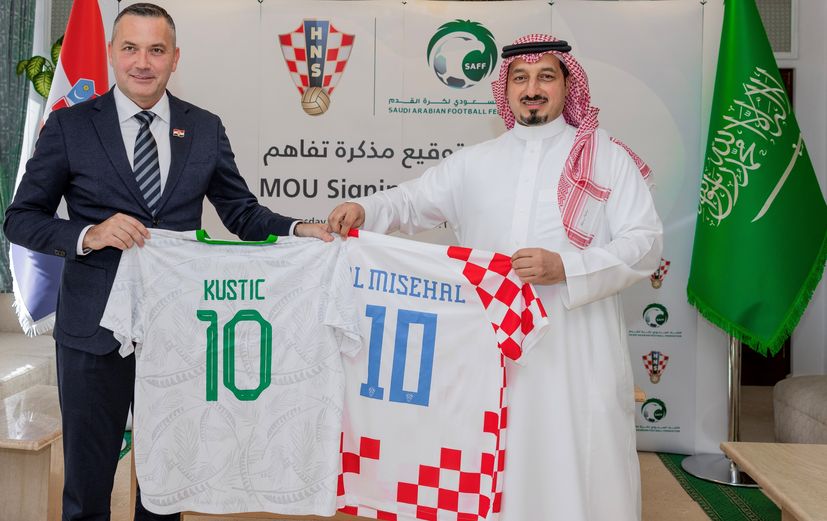