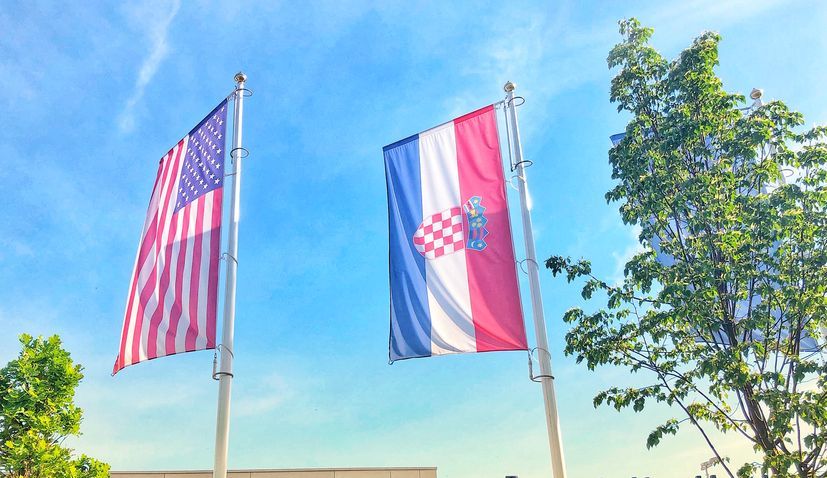 Rancho Santa Margarita, Calif., MAY 30, 2020 – The Association of Croatian American Professionals Foundation (ACAP Foundation) announced today that close to $180,000 has been raised to provide relief for Croatia’s hospitals dealing with the aftermath of earthquakes in Zagreb and COVID-19 pandemic.

In addition to the GoFundMe platform, which collected more than $42,000 from 412 individual donors, leadership gifts from prominent Croatian-Americans brought the campaign total closer to its goal of reaching $200,000.

“My cousin is a doctor at KBC and works in the NICU. I saw pictures from the hospital and was shocked at how much damage the earthquakes caused. I know that there are a lot of structures that were built a long ago and likely not retrofitted but still couldn’t believe my eyes. She had to deliver babies in front of the hospital because of the damage inside. Having my cousin and other family members in the medical field made my decision of donating a no-brainer. Not only was I doing my part to help my homeland where my parents were born but this would also have a direct impact on my family as well,” said a Bay Area entrepreneur who contributed $5,000 and wishes to remain anonymous.

Another major gift in the amount of $10,000 came from a Long Island-based scientist who originally hails from Zagreb. He said that “In these unfortunate circumstances Zagreb was hit by a double whammy, with the virus preventing recovery from the earthquake. Once I learned about a carefully tailored help effort by the ACAP Foundation, I realized this was a great way to help my beloved home city and country.” He also chose to contribute anonymously.

With acts of charity that have no name, more than 175 donors to this campaign chose to remain “anonymous.”

Even the ones whose names were announced by the ACAP Foundation agreed to it reluctantly. All of them expressed that they wished no recognition or gratitude and that their only desire was to join our collective efforts to provide relief for hospitals in Croatia, as well as to send a message of unity to people back home during these difficult times.

After the initial monetary donation of $125,000 given to KB Dubrava, a hospital in Zagreb, and KBC, a hospital in Split, the ACAP Foundation is in the process of purchasing a hybrid neonatal incubator and infant resuscitation system for the Neonatal Intensive Care Unit (NICU) of KB Petrova Hospital, valued at $44,000 and identified by the hospital as its greatest needs. Leading the effort is the local chapter, ACAP Zagreb, whose members will present the medical equipment to Petrova Hospital on Thursday, June 4 at 3:30 pm.

“We are pleased that our collective charitable efforts will help provide needed relief to Croatia’s hospitals. We are also proud to join other civic initiatives, such as “Vratimo Palčiće u Petrovu” (Let’s Return Preemies to Petrova), in helping ensure the safe return of Croatia’s most vulnerable—the preemies—to earthquake-damaged Petrova Hospital,” said Marko Zoretic, ACAP’s president. With known contributions from corporate matches from members whose employers provide such a benefit still coming in, the ACAP Foundation expects to reach its fundraising goal soon.

The Association of Croatian American Professionals Foundation was established to support the charitable and educational missions of the Association of Croatian-American Professionals (ACAP). The foundation is focused supporting organizations and programs which encourage and activate business-focused, civic, cultural, medical and tourism experiences between Croatia and ACAP members, partner organizations and communities.

Launched in 2019, the Foundation announced two key initiatives: to promote medical tourism and fight against cancer in Croatia and award scholarships such as the ACAP Domovina Birthright Program, a scholarship awarded to eligible young Croats interested in visiting their homeland.

ACAP is a non-profit organization bringing together professionals, business leaders, academics, students and community organizers. Our mission is to foster leadership, collaboration and to promote the advancement of issues relevant to the Croatian-American community. Since 2014, ACAP has hosted four annual conferences, launched 14 regional chapters in the United States and Croatia and includes over 1,500 members. To join or learn more about them, visit www.croampro.com.