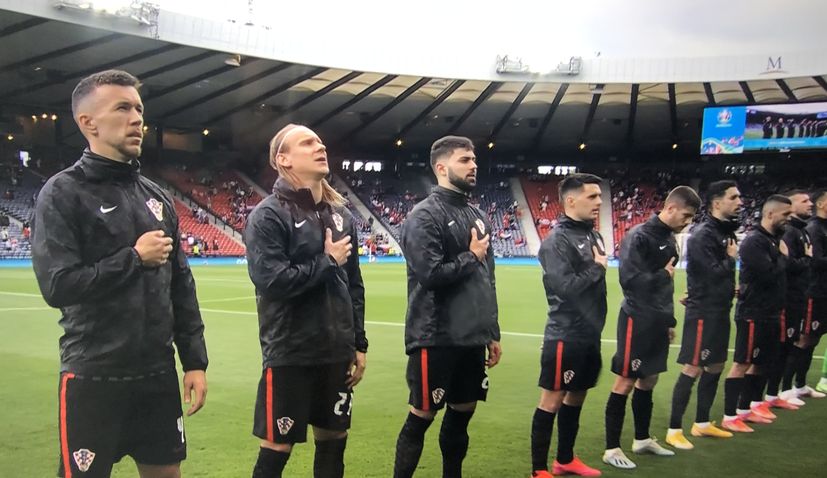 Ivan Perišić is out

The Croatian national team left Croatia on Sunday morning for Copenhagen where they will play their Euro 2020 last 16 match against Spain tomorrow.

Missing from the squad was Ivan Perišić, who has been forced into isolation for the next 10 days after testing positive for COVID-19.

Late on Saturday night, the Croatian Football Federation (HNS) received the results of regular testing for the SARS-CoV-2 virus, which showed that the Inter Milan winger had tested positive for coronavirus.

“Medical staff isolated Ivan from the other members of the national team and immediately and thoroughly informed competent epidemiological authorities about the situation, providing evidence of complying with all the necessary measures aimed at protection against the spread of coronavirus. Perišić will spend 10 days in self-isolation and during that period will not participate at the matches of the Croatian national team,” HNS said.

The Croatian national team medical staff confirmed that the team had respected all the civil protection measures of the Republic of Croatia and the UEFA Return to Play Protocol during the EURO 2020.

“In accordance with the submitted information, the epidemiological authorities have assessed the respected measures and confirmed that the test-positive Ivan Perišić stays in 10-day isolation, while the other national team players, coaching staff and delegation members require no self-isolation,” the federation said in a statement.

Whilst missing Perišić is a big blow for Croatia, the good news is that no others players had returned positive tests.

“We are aware that this situation can happen to every team and every individual. Therefore, we have respected the national measures and the UEFA Protocol from Day 1, to prevent the self-isolation measures for a greater number of players. Considering this new development, the medical staff is doing everything in its power to prevent the further spread of the virus, as we successfully did last autumn, when individual cases occurred during the UEFA Nations League. This includes the antigen testing that confirmed there are no other positive persons in the national team. We regret that Perišić will miss the Spain encounter, and wish him a speedy COVID-19 recovery, with as few symptoms as possible”, said team doctor dr. Saša Janković.

A positive COVID-19 test is considered final at the Euros, even if it was a false positive. There is no option for Perišić to be tested again today and to join the team if he was to now test negative.

Matches at the tournament must be played if teams have at least 13 negative players available. If there are more than 13 positives, there are two options. The match may be temporarily postponed or a 3-0 victory will be recorded to the team able to play.

Before the tournament it was reported that ‘most’ of the Croatia team had been vaccinated, but the Croatian Football Federation did not confirm if Perišić was among them.

Perišić has been one of Croatia’s stand-out players at this year’s Euros, scoring a crucial goal in the 1-1 drew with Czech Republic and also scoring against Scotland. If Croatia advances through to the quarter-final and semi-final, Perišić will also not be available for those matches.

Dejan Lovren will also be missing from the team that beat Scotland after picking up a second yellow card.