Home » Sport » Croatia takes on Slovakia in Bratislava: “There will be some changes” 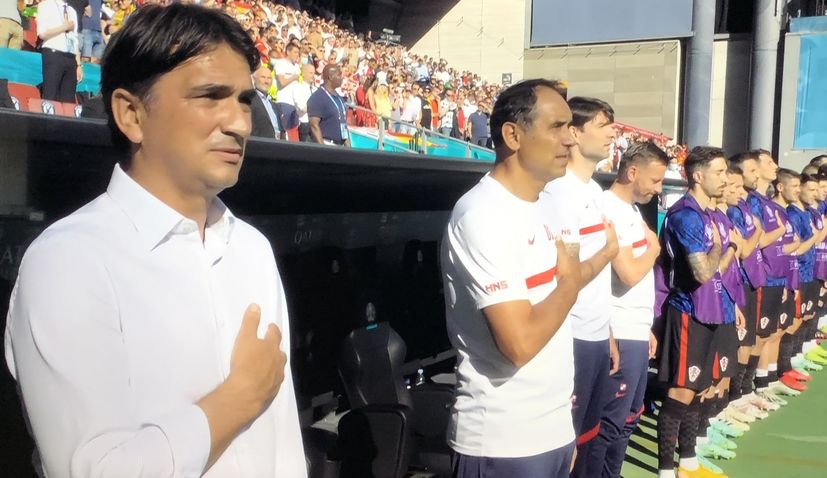 The Croatian national football team will play the second of three September 2022 World Cup qualifiers tonight at 8:45 p.m. in Bratislava against Slovakia.

Coach Zlatko Dalić is aware of the importance of the match after a 0-0 draw against Russia on Wednesday.

“We have a different game ahead of us in relation to Russia, because of the previous difficult match and travel situation, so there was little time to rest and prepare. The Slovaks against Slovenia were better in the second half, ran more, had more better opportunities. They changed the system of the game a bit, they play with more attackers, but against Slovenia they failed a bit in the realisation. A difficult match awaits us and we should not mention our mutual matches two years ago. The situation is different, Slovakia has settled down, it has ambition and it will be uncertain and difficult for us,” says Zlatko Dalić, who will most likely have to come to terms with the fact that he lost Luka Modrić and Ante Budimir, but there is still hope Joško Gvardiol will be fit.

“We will see his situation, Gvardiol worked on a special program, but he still feels pain. We don’t want to force anything, it would be too much of a risk. Ćaleta-Car was subbed off due to fatigue cramps and there are no consequences. I don’t know how much it makes sense for Modrić and Budimir to join us, who are in a special program in their clubs and have not been in rhythm for five or six days. We have to rely on those players who are one hundred percent ready, the most important thing is to rest well so that we are ready for the game.

A victory over Slovakia would greatly affect the atmosphere before the duel with Slovenia in Split on 7 September.

“We also went to Moscow to win, tried to score a goal, but we failed to. We will try to score a goal tomorrow, we need points and we have to collect them as soon as possible. There will be no caution on our part when it comes to tomorrow’s game, we will look for a victory and thus put ourselves on the field. There will be some changes in the lineup, but we are going for three points whoever plays,” Dalić added.

“Slovakia was a difficult opponent for us in those previous games as well, but then we played really well and made a great result. In relation to the performance at the Euro, the Slovaks were much more offensive against Slovenia, playing with three strikers. The team that has Hamšik, Škriniar, Lobotka, Kucka, Boženik and Duda is certainly of high quality and should be respected as much as possible. However, we will prepare for the match in the best possible way and try to win all three points,” concluded Dalić.

Dalić has defender Domagoj Vida back for this match and he is likely to replace Ćaleta-Car next to Dejan Lovren in the back four. Debutant from Moscow Borna Sosa will retain his place after impressing, whilst Hajduk Split striker Marko Livaja is expected to start as the lone striker up front ahead of Andrej Kramarić.