Croatia football coach Zlatko Dalić has announced his squad on Friday for upcoming matches in October against Jordan and England.

Croatia will first face England behind closed doors at Rujevica stadium in Rijeka on 12 October in the UEFA Nations League, before facing Jordan in a friendly also in Rijeka on 15 October.

Dalić has named practically the same squad he named ahead of clashes this month against Portugal and Spain but this time will have the services of previously injured players Dejan Lovren, Ante Rebić and Andrej Kramarić.

Šime Vrsaljko, who hobbled off in the 6-0 loss against Spain, has also been named in the squad. The match against Jordan will be the first meeting between the two countries.

Croatia will remember their last match against England well when a 2-1 victory sent them into the World Cup final this summer in Russia. Both Croatia and England are pointless in the UEFA Nations League after suffering defeats at the hands of Spain. 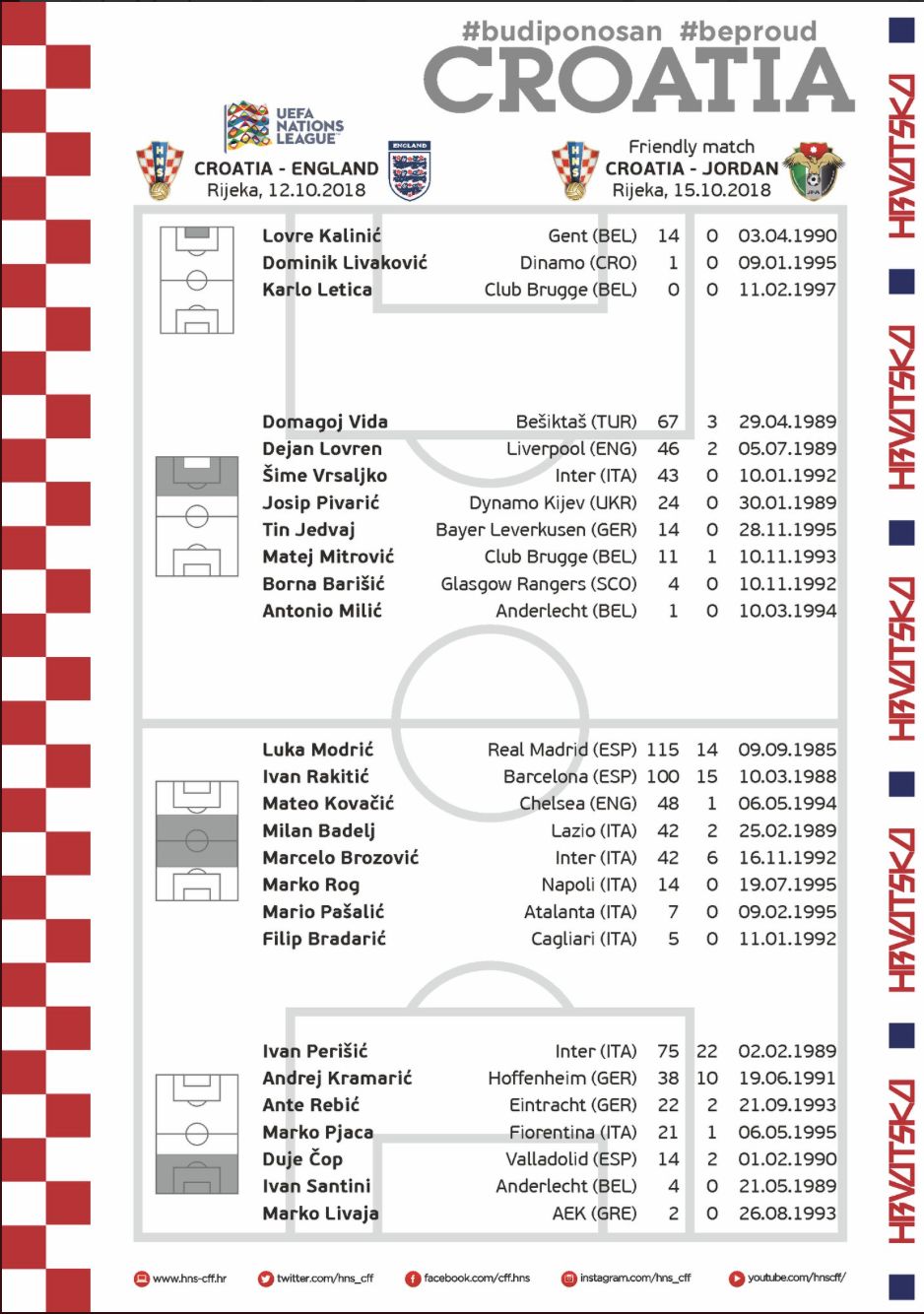