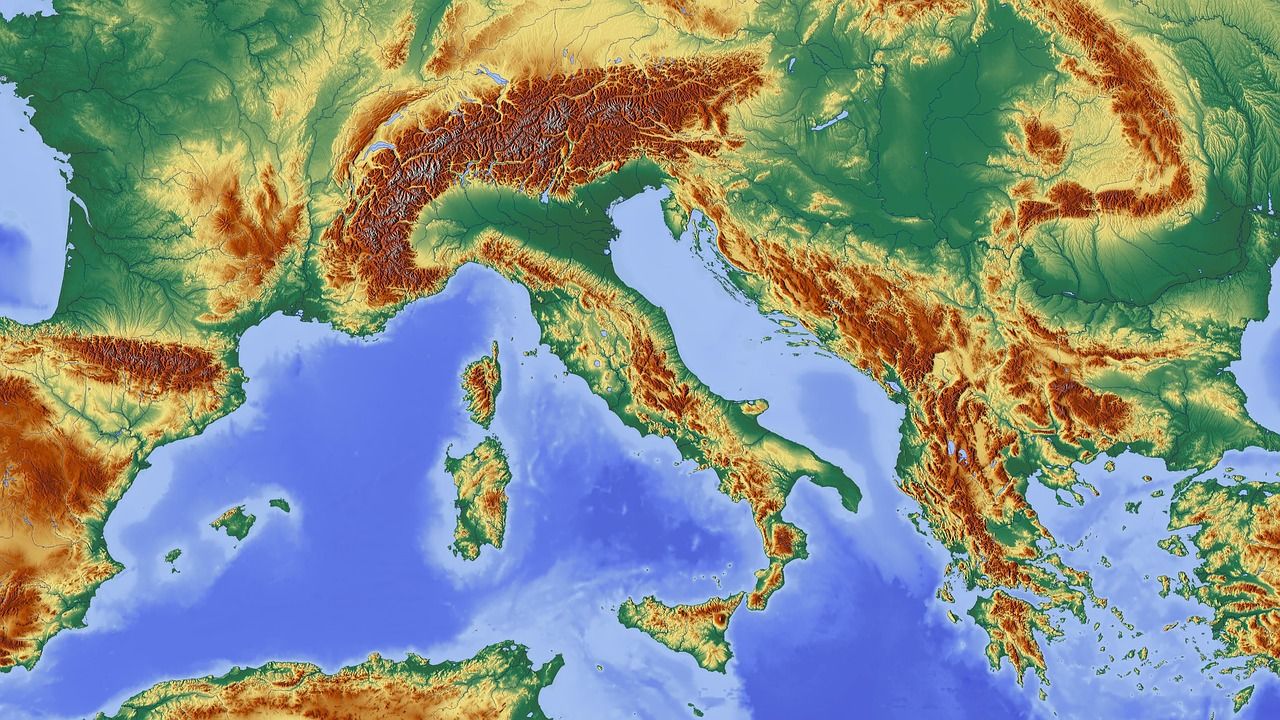 ZAGREB, 24 January  (Hina) – The term fault is often mentioned in recent reports about quakes that hit Croatia in 2020, but not all of those fractures in a volume of rock are active.

The Croatian Geological Survey (HGI) is the national institution in charge of mapping faults and geological hazards, and it underscores that Croatia has many geological faults, but only some of them are active.

The institution has also published a Croatian geological map (1:300.000) providing an overview of the geological structure and history of the country in a period of more than 600 million years.

HGI researchers Tvrtko Korbar, Mirko Belak and Tomislav Novosel have said in an interview for Hina that although the map points to many faultlines, actually only few of them are active.

The map below shows the epicenters of earthquakes between 1850 and 2015 in Croatia. The yellow dots represent those over magnitude 6, whilst the orange are those between 5-6. On average there are about 45 earthquakes felt each year. 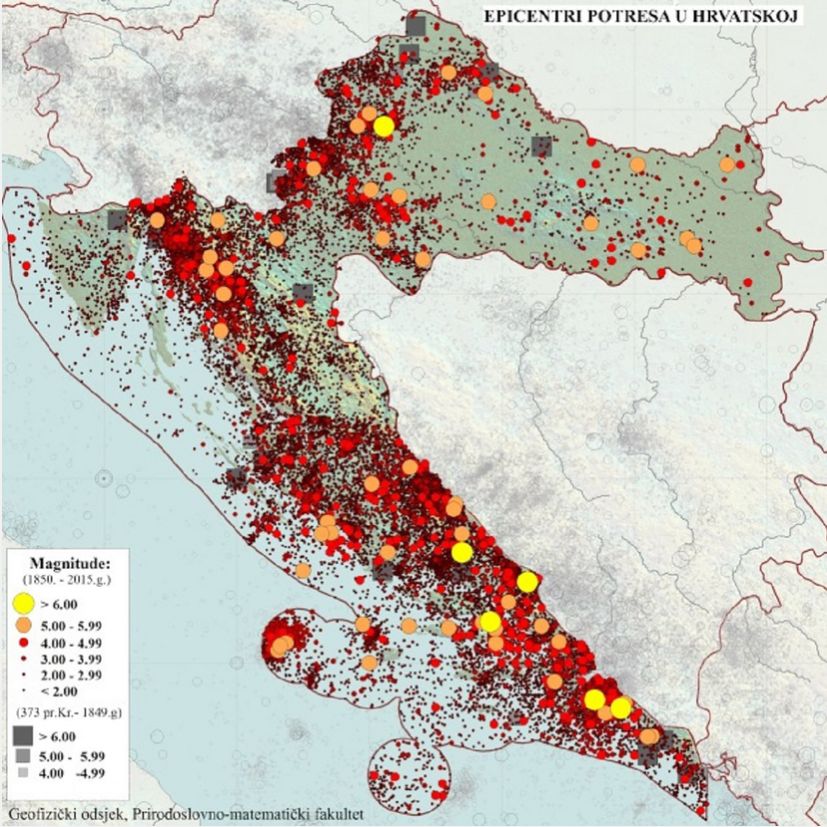 In order for scientists to prove the activity of a fault, multidisciplinary research that takes many years is needed, they say.

The HGI has also developed a free application, GeoCro, that is intended for geology enthusiasts  and curious people who want to study the local geology in Croatia.

The application helps them to learn about rock types in the country, the geological past of the region and it also provides them with photographs of fault surfaces and offers seismological data.

After the 28 and 29 December quakes, which measured 5 and 6.2 on the Richter scale and hit the areas of Petrinja, Glina and Sisak, taking seven lives and causing extensive damage, the HGI institution issued a press release underscoring that those earthquakes were caused by the activation of two mutually perpendicular vertical faults.

“Due to a large amount of released energy during the movement of fault blocks, ruptures in the rocks were manifested on the surface of the terrain. That is why in the wider epicentral area along the fault lines, we find various surface manifestations of this movement and vibration of the terrain. Those include open cracks and paraclasses, fluid spills, sand volcanoes due to liquefaction in the Kupa and Sava river plains, deformations of the surface of the terrain and linear infrastructural objects, as well as many others. Those are unusual phenomena for our area, which can also cause various secondary geohazard events,” reads the press release.

The geological experts also say in their interview with Hina that Croatia is moderately seismically active.

In terms of seismic hazards, southern Dalmatia is at the highest risk.

They also point out that safety and security can be ensured when buildings and structures are constructed in compliance with professional standards that respect geohazards.