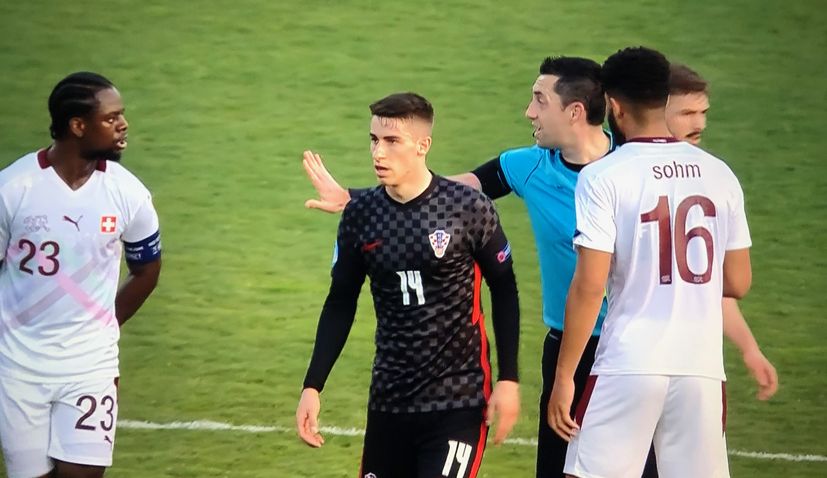 A goal in injury time by Domagoj Bradarić helped Croatia reach the quarterfinals of the Under-21 EURO.

Bradarić scored at the death for Croatia today in their 2-1 loss against England, who had required a two-goal margin of victory to edge out Croatia.

“It was a great feeling to score a goal, everyone was jumping around me, I didn’t even know what was going on. I’m really glad for the team because the guys really deserved all of this. What was it like to play after the goal? We just waited for the referee to blow the full-time whistle. The game was tense from the beginning to the end, we had chances that we did not take and in the end we scored that goal,”said Bradarić.

The victory was no doubt Croatian coach Igor Bišćan’s most satisfying defeat.

“The first thing I told the coaching staff was that I can’t remember if I ever enjoyed defeat, and this one is so sweet that I feel like it’s worth a hundred wins. That is life. I will go back to the first game, many were smart and criticised the way we played and now after all that minimal defeat allowed us to reach the quarterfinals as Portugal beat all the other teams in the group by a bigger margin,”said Bišćan.

Croatia lost their first match against Portugal before beating Switzerland and losing today against England.

Croatia will face defending champions Spain on 31 May in the quarter-finals: