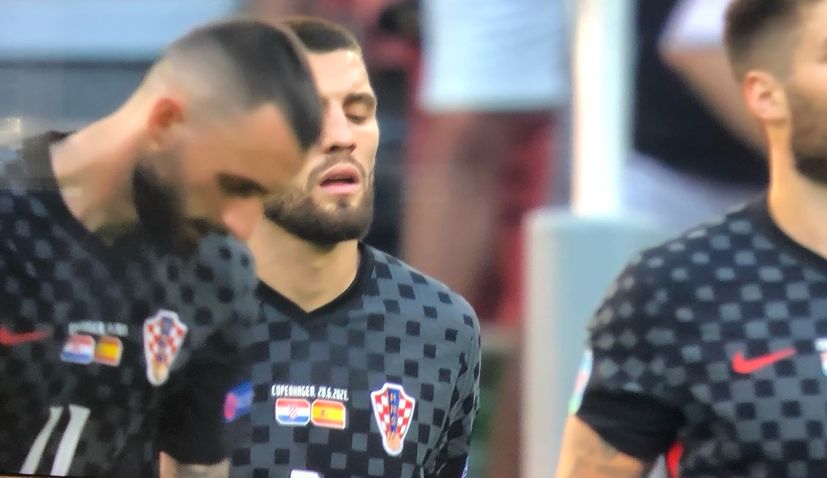 Croatia has returned home after being knocked out of the last 16 at Euro at the hands of Spain.

One of the first things that the Croatian Football Federation (HNS) has done on its return is issue an apology to fans after it was noticed that the team had played with the incorrect coat of arms on the Croatian flag on the shirts of the team.

Each shirt the Croatia team plays in features the name of the city, date and flags of both teams playing printed on the middle of the shirt in between the HNS crest and Nike emblem.

It was picked up today that the coat of arms on the Croatian flag has been incorrect all tournament as the first top checker was white and not red which it is on the official flag. “What is interesting is that the Czechs and Scots, who Croatia played in the first two matches, had the correct coat of arms printed on their shirts when they played Croatia,” daily 24sata said.

Nobody had noticed the incorrect coat of arms on the flag after the first two matches but it was picked up today.

24sata said that HNS issued an apology to fans and said that it was an unintentional error in the manual vector drawing which was printed on the shirts.

“The Croatian Football Federation will demand responsibility from the printing company and internally discipline the employees responsible for this unintentional omission, for which we apologise to the public and Croatian fans. Of course, HNS rejects any thought that it would be a deliberate distortion of the Croatian coat of arms, which the Croatian national teams have been proudly representing around the world for years,” the statement said.

You can see a close up of the shirts here.