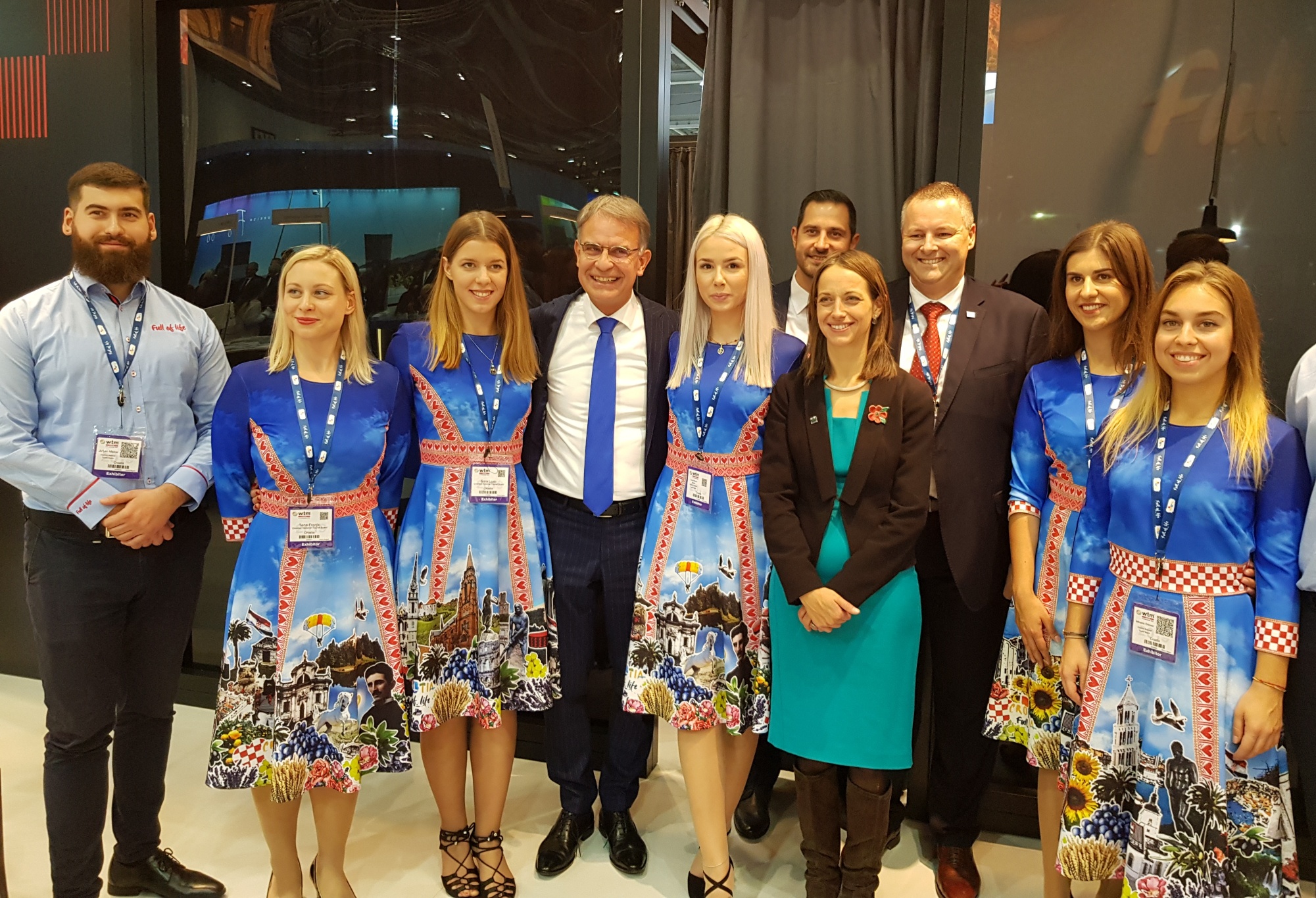 LONDON, 4 November 2019 – The Croatian Tourist Board (HTZ) is once again presenting Croatia’s tourism offering at the World Travel Market (WTM), which is one of the largest tourism fairs in the world taking place from 4 to 6 November in London.

The Croatian delegation at the fair is led by Tourism Minister Gary Cappelli and HTZ Director Kristjan Stanicic, who during the first day of the fair met with representatives of important partners such as Jet2.com & Jet2Holiday, easyJet, History Channel, SAGA and InkMedia. The Croatian stand was also visited by British Minister of State for Arts, Heritage and Tourism, Helen Whately.

“We can view the London fair as the start of promotional activities and preparations for the 2020 tourist year. We received very good announcements from representatives of Jet2.com, our most important partners in the UK market, which brings us the largest number of UK tourists with TUI. Next year, they have announced an increase in demand for Croatia of 11 percent, four new airlines and a longer flight season to Croatian destinations,” said Stanicic, adding that the five-year agreement between Pula Airport and easyJet, which was signed today, will contribute to the positive trends from the British market.

“The UK Minister of State for Tourism expressed a positive attitude between the two countries and said that despite Brexit, there would be no great uncertainty in tourism developments. We aim to have 900,000 British tourists at the moment, and I believe we will already reach a record 1 million arrivals from the UK market in the term of this Government. We are also pleased with the positive effects of the activities carried out, which aimed at positioning Croatia as an airline destination, which is confirmed by 80 per cent of Britons arriving to our country by air,” said Minister Cappelli. 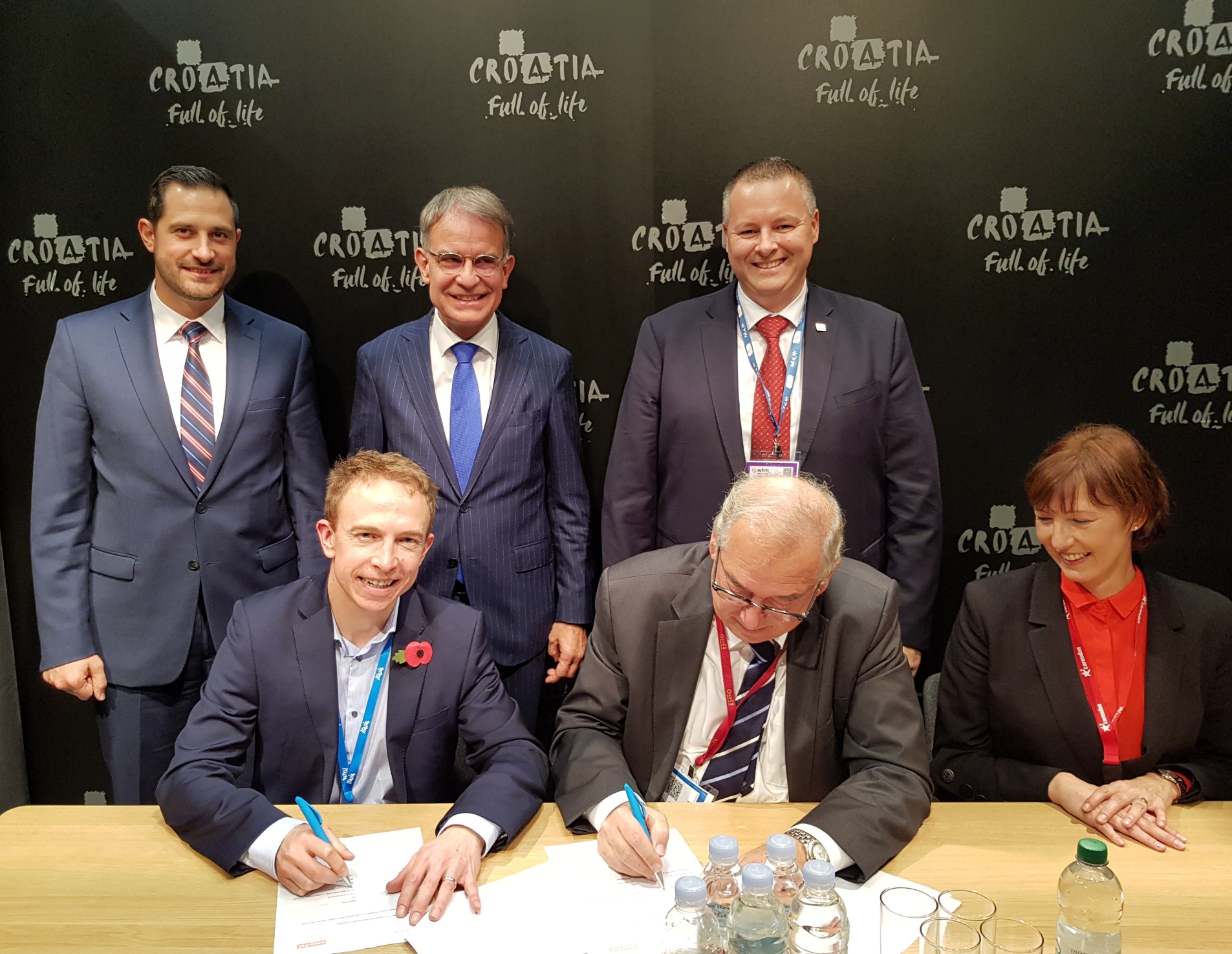 The Kvarner Tourist Board is also present at the WTM, presenting its region with Lonely Planet to the British media through the prestigious 2020 Best in Travel Award. Representatives of the Split-Dalmatia County, who organised a large eno-gastronomic tasting of well-known Dalmatian products as part of their stand, are also at the London Fair.

During the second day of the fair, the Croatian delegation will meet representatives of Ryanair, Eurowings, TUI, and TTG.

In order to maximise their appearance, the Croatian tourist offer is presented at a 330-square-meter booth, which is located in a very attractive and visible position for which the Croatian Tourist Board has already signed a contract with the organisers of the fair for next year. As many as 23 co-exhibitors present themselves as part of the HTZ booth, which attracted special attention of visitors with the installation of virtual reality goggles which took them on virtual walks through Dubrovnik, rafting on Zrmanja and cruising on Kornati islands.

The WTM World Tourism Exchange in London is a leading three-day event bringing together key stakeholders from the global tourism industry and the travel sector on trends, challenges and innovations in tourism. It is estimated that this year’s fair will visit more than 50,000 representatives of the tourism and business public, from agents, investors, media representatives, digital influencers to ministers and other senior officials of the tourism industry from around the world. WTM is a platform for creating business opportunities and entering into business contracts worth a total of £2.8 billion.