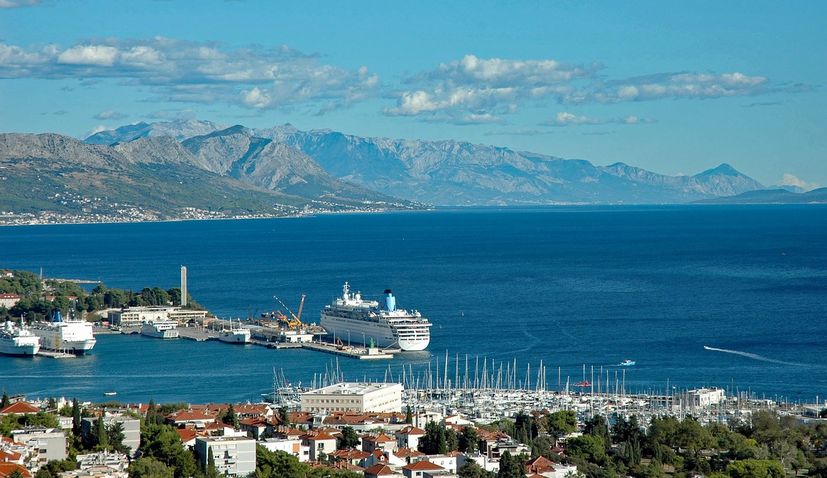 In a global world where geographic positioning determines the role of a country on the international playing field, Croatia is perfectly suited to facilitate trade and transport between Europe and the Middle East. While it is a relatively new country and has not invested serious efforts into upscaling seaports, if adequate investment is brought into the trade and transport sector, Croatia can become a key player in Mediterranean trade.

Despite the key players that already exist in Mediterranean trade, few have actively sought out to develop lasting trade relations with Middle Eastern nations. Admittedly, Croatia does not have the infrastructure or capacity to compete with larger traders for the Chinese, American, and Russian markets, but the opportunity to become a key partner with Middle Eastern nations is realistic.

Known for its expertise in shipbuilding, the recent revitalization of Uljanik and 3. Maj shipyards in Croatia, among other notable facilities, would also allow Croatia to supply its own shipping fleet. By not having to depend on foreign support to develop trade infrastructure, Croatia can bypass bureaucratic barriers that often cushion economic growth and efficiency in other European states while concurrently providing stable employment for its own citizens.

It doesn’t take an expert to understand that in order to achieve economic prosperity, a country as small as Croatia must leverage its export market and create opportunities to reach into unsaturated or unsustainable foreign markets. As oil-rich as they are, Middle Eastern nations represent precisely the kinds of markets that Croatia needs to gain access to – home to large consumption basins but without the domestic capacity to support them, nor the stable relations with global superpowers to depend on them. In other words, Croatia can have the access to these Middle Eastern states that global superpowers enjoy, but it does not have the global clout to destabilize the region.

Once trade infrastructure is established in Croatia in the form of upgraded seaports and ships, the country’s main industries would all garner high demand in the Middle East. To take agriculture for example, an industry where Croatia thrives, is one that is next to non-existent in Middle Eastern countries which are covered by deserts. At the same time, it is safe for Middle Eastern countries to depend on Croatia for an import as crucial as food, given the fact that Croatia’s global standing can pose no real threat to any given Middle Eastern power.

From another point of view, securing stable trading partners in the Middle East gives Croatia the opportunity to develop domestic industries like agriculture with the understanding that they have secure and stable demand for their product in the Middle East. This would allow Croatia the freedom, with the understanding of export security, to invest in and develop the domestic agriculture sector to maximize productivity – something that has been untenable until now.

Looking beyond the benefits here for just Croatia and Croatian industries, the European Union also has a lot to gain by bolstering Croatia’s activity in global trade particularly with the Middle East. With many European nations concerning themselves more recently with issues in the West and far East, opportunities have arisen to expand productive relations with the Middle East without much awareness from major European powers. Also, as several of the Gulf states push into more tech-focused economies, it is clear that these nations are ready to explore their potentials with international trade.

In recent years, Europe’s main concerns have been squarely focused on North American and East Asian issues in addition to the glaring loss of the United Kingdom from the Union, but there has been very little development of relations of any kind between Europe and the Arab world. It’s fair to say that the Middle East and Africa, the closest regions to Europe, have also been looked at as some of the less developed regions in the world, and it’s about time that Europe, and particularly Croatia, see this as an opportunity rather than a discountable reality.

The raw potential in Croatia for shipping supremacy is already clearly shown by the resilience and historical prowess of the shipbuilding and greater maritime industries. Looking to the future, there is no doubt that these industries require a heightened level of investment and attention, but this particular situation is a prime example of the purpose of membership in the European Union. Central European funding will be necessary to overhaul Croatia’s shipping industry, but as outlined, the potential returns that such investments are monumental even on a global scale.

No country can do everything, but each country is positioned in such a way that offers a unique competitive advantage in an industry of global practice. Croatia is gifted with several of these competitive advantages, but chief among them is the precise geographic positioning that makes its location an ideal hub for the transportation of people and goods between several global population centres.