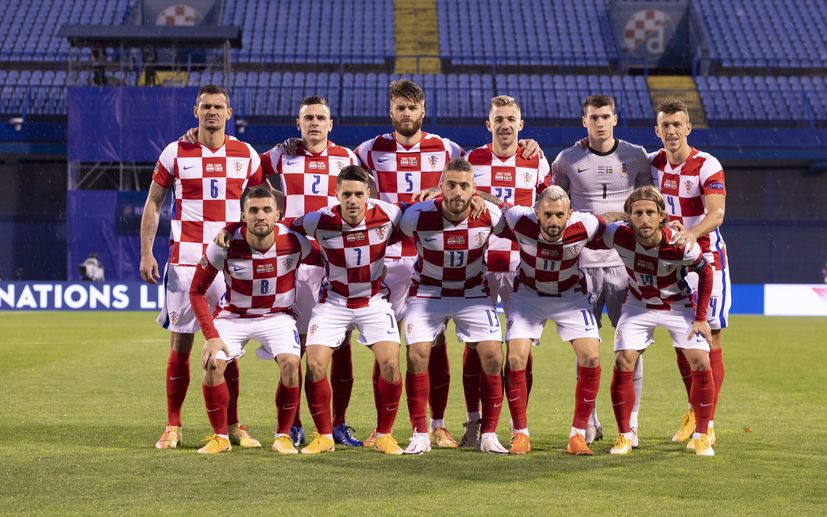 Croatia lineup ahead of the match against Sweden in Zagreb (Photo credit: HNS)

ZAGREB, 11 October 2020 – Croatia has got its first points in the UEFA Nations League after beating Sweden in torrential rain at Maksimir stadium in Zagreb on Sunday evening.

After losses in the opening two group matches to Portugal and France, Zlatko Dalić’s side has taken all three points after a 2-1 victory tonight in a match played in tough conditions.

Dalić started the match for the first time during his tenure without a classic striker as he opted for Nikola Vlašić, Marcelo Brozović, Luka Modrić and Mateo Kovačić in the middle of the park with Ivan Perišić and Josip Brekalo out wide. 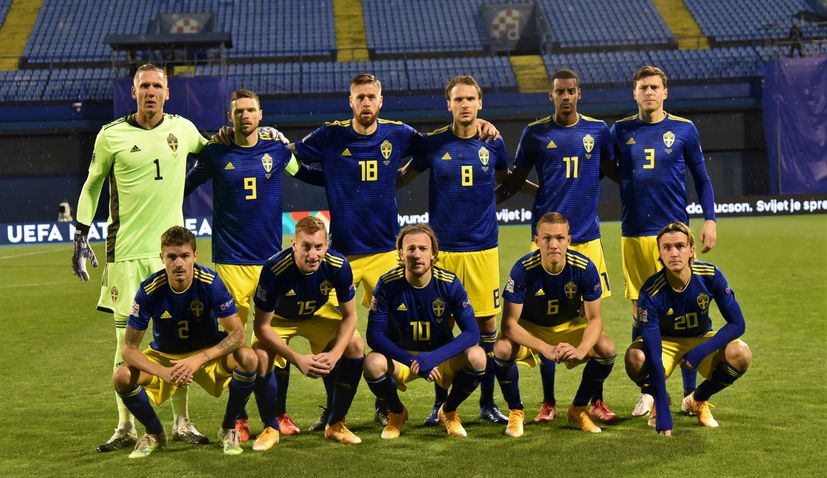 The new formation functioned early on with Vlašić, Kovačić and at times Modrić all pushing up in the striker role on attack and it would be the home side who looked most threatening.

Brekalo had a goal disallowed for offside after 10 minutes before Modrić and Perišić had powerful left-foot shots saved by Olsen in the Sweden goal.

Perišić would hit a half-chance over the bar from the edge of the box before Croatia finally took a deserved lead in the 32nd minute. Good play down the left side, first from Modrić, saw Perišić cross the ball across the face of the goal which was controlled by Brekalo and the Wolfsburg winger would lay it off for Vlašić who made no mistake side-footing into the corner of the net.

Sweden had the first chance of the second half when Kulusevski beat his marker and crossed across the face of the box only for Dejan Lovren to intercept but in falling it appeared he handled the ball before keeper Domagoj Livaković collected it.

Croatia nearly doubled their lead a few minutes later but Brekalo’s shot was tipped around the post by Olsen.  Perišić was next in the 61st minute to have a powerful shot saved by Sweden’s keeper.

Sweden got back into the match in the 66th minute when Marcus Berg would tap into an open goal after he was left free at the back post after the visitors broke free down the right.

The goal gave Sweden confidence and for the next ten minutes, they would apply pressure, largely down the right-hand side of the pitch.

Dalić injected the in-form Andrej Kramarić into the match with 15 minutes remaining and it would not be long until he had his first chance. In the 79th minute, the Hoffenheim striker would collect the ball 30 metres out and after shaking off his marker he would shoot wide from just outside the box.

In the 83rd minute, it was Kramarić who would continue his goal-streak and put Croatia in front. Perišić would get in behind the Sweden defence in the box and would calmly square the ball back to Kramrić who would slot the ball home from six yards out.

Sweden pressed for a late equaliser but Croatia would hold on to open its Nations League account.

Croatia will take on France in the Nations League in Zagreb on Wednesday.

“Congratulations to the guys and also to the fans who came in the rain to support. We were great for the first hour, we pressed well and looked good then we dropped. We had a problem after pressing for so long and we will look at how to correct that. Thankfully we got the goal and the win. I was happy with the formation it created space and we controlled possession and for an hour we were excellent. We got the three points. We will give it our all against France but will have to change things up, change the lineup as you can not play like this three days later,” said coach Dalić after the match.

“The first half was excellent and we could have scored two or more goals. We showed our quality and how to win. Conditions were tough and the pitch was slippery and we had chances but the win is the most important thing. We have a chance against France to show our quality in the next match,” said scorer of Croatia’s first goal Nikola Vlašić.

Scorer of the winner, Andrej Kramarić said this after the match.

“First I want to say well done to the guys they played excellent in the first half. We won which is most important and we have to be satisfied. I still have an injury that bothers me and today it was ok. We deserved the three points and now we will rest up for the next match,” Kramarić said after the match.