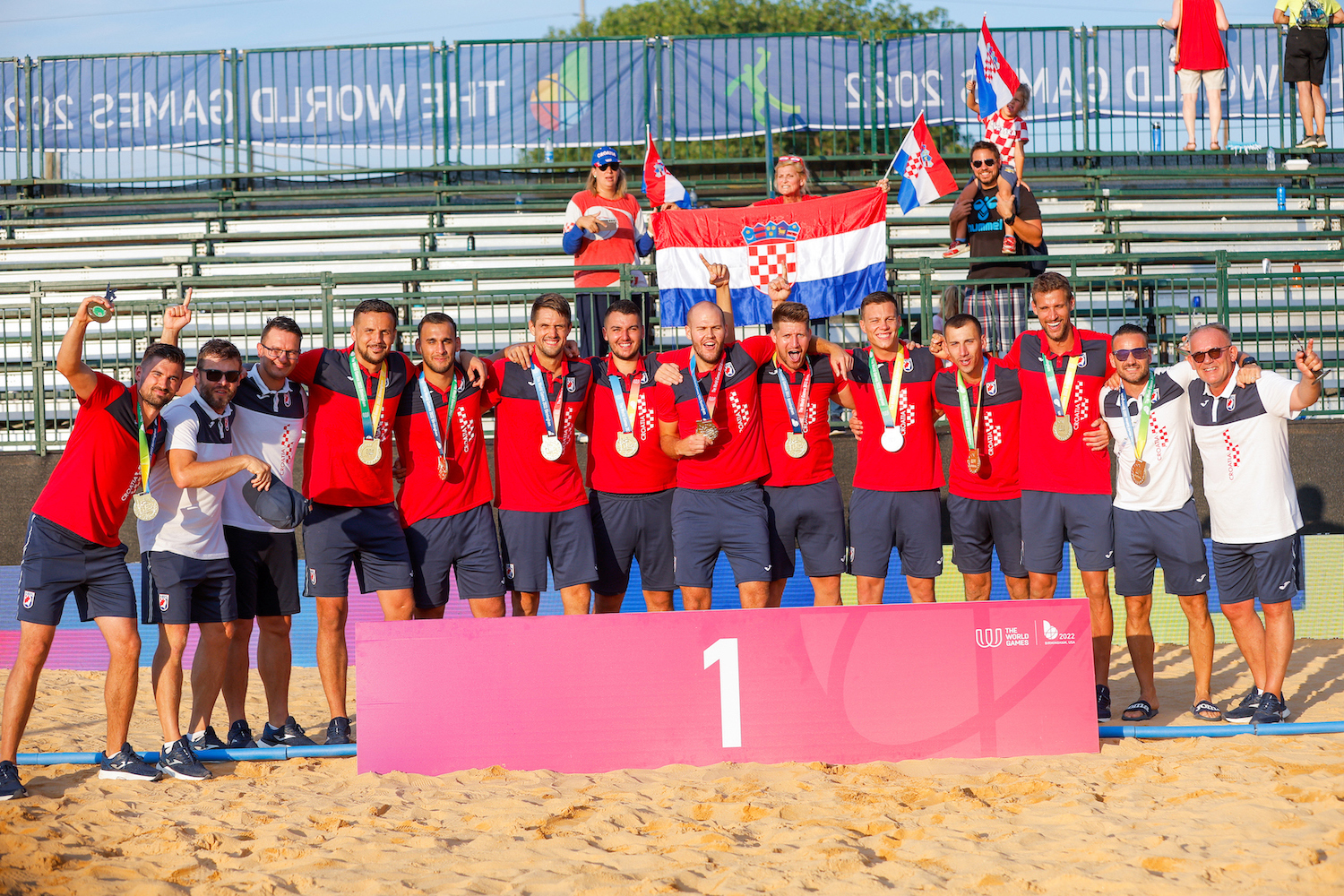 Croatia started its journey at the World Games in Group A and convincingly recorded two victories. First against New Zealand and then against Qatar, with both wins 2 sets to love.

In the semi-final, Croatia beat hosts the USA 2:1 before facing Qatar in the final.