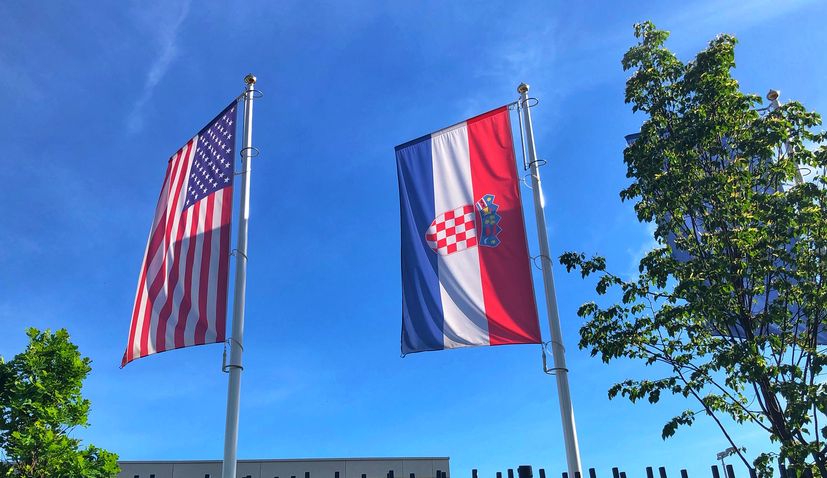 ZAGREB, Oct 20 (Hina) – Croatia on Tuesday made another step towards accession to the US Visa Waiver Programme by signing an agreement on cooperation with the USA in passenger data disclosure, Croatia’s Minister of the Interior Davor Bozinovic and US Ambassador Robert Kohorst said.

The signing of the document is a major step towards having visa requirements lifted, said the US ambassador.

Step by step, Croatia has done everything necessary to qualify for the Visa Waiver Programme, he said, adding that there were more things to be done to conclude that process.

The document was signed in two locations, in Zagreb and in Washington, by Minister Bozinovic and a senior US Customs and Border Protection official, Pete Flores.

The document provides a legal basis to exchange passenger data for the purpose of detection, investigation and other activities related to the prevention of terrorism and other serious transnational crimes, Bozinovic said.

Kohorst said that Croatia and the USA were cooperating fully as partners and that the Croatian government and its ministries had invested a lot of effort to have visas cancelled.

“We have been finalising technical matters on a daily basis to have visa requirements for Croatian nationals cancelled,” said Bozinovic.

He recalled that on Monday he and the US ambassador visited the Ministry of the Interior’s “Ivan Vucetic” Forensic Science Centre, when Kohorst reassured the press that visa requirements would be abolished soon but that it would not happen before 31 December.

He noted that some technical conditions were yet to be met and that US services had to see for themselves all procedures in Croatia.

Croatia, Bulgaria, Romania and Cyprus are the only European Union member states whose citizens cannot enter the United States without a visa.

Our Memorandum of Cooperation on Passenger Name Record information-sharing, just signed today, is a key step forward in U.S.-Croatian travel security efforts. The United States is glad to advance another agreement in support of Croatia’s Visa Waiver Program process. pic.twitter.com/C8lX8FQaJy

Entering the US Visa Waiver Programme is conditional on meeting numerous requirements, and the last one Croatia had to meet was the percentage of rejected visa applications for travel to the USA of below 3%.

Commenting on the announcement by the Slovenian government that it would send a larger number of soldiers with policing powers to the border with Croatia due to migrants, Bozinovic said that he did not consider it to be any kind of message to Croatia.

“Slovenia used military resources on the border before and I am not sure it has ever stopped,” he said, stressing that considering that it was not a member of the Schengen area, Croatia did not reduce its border police force but rather enhanced it and that it was capable of keeping its borders safe with its police force.