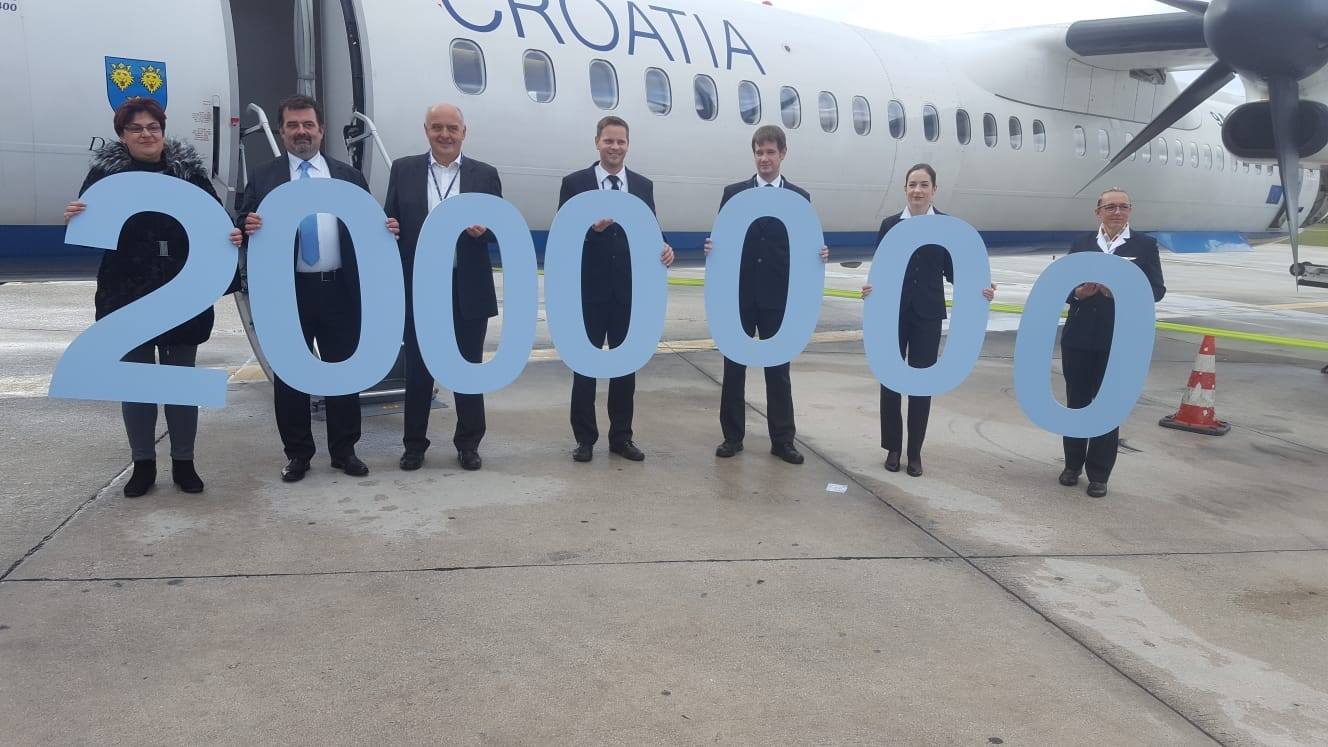 Mrs. Olinka Gašparović, who arrived in Split on a Croatia Airlines flight from Munich this afternoon, was the airline’s two millionth in 2018.

Mrs. Gašparović was presented with a gift from the airlines. 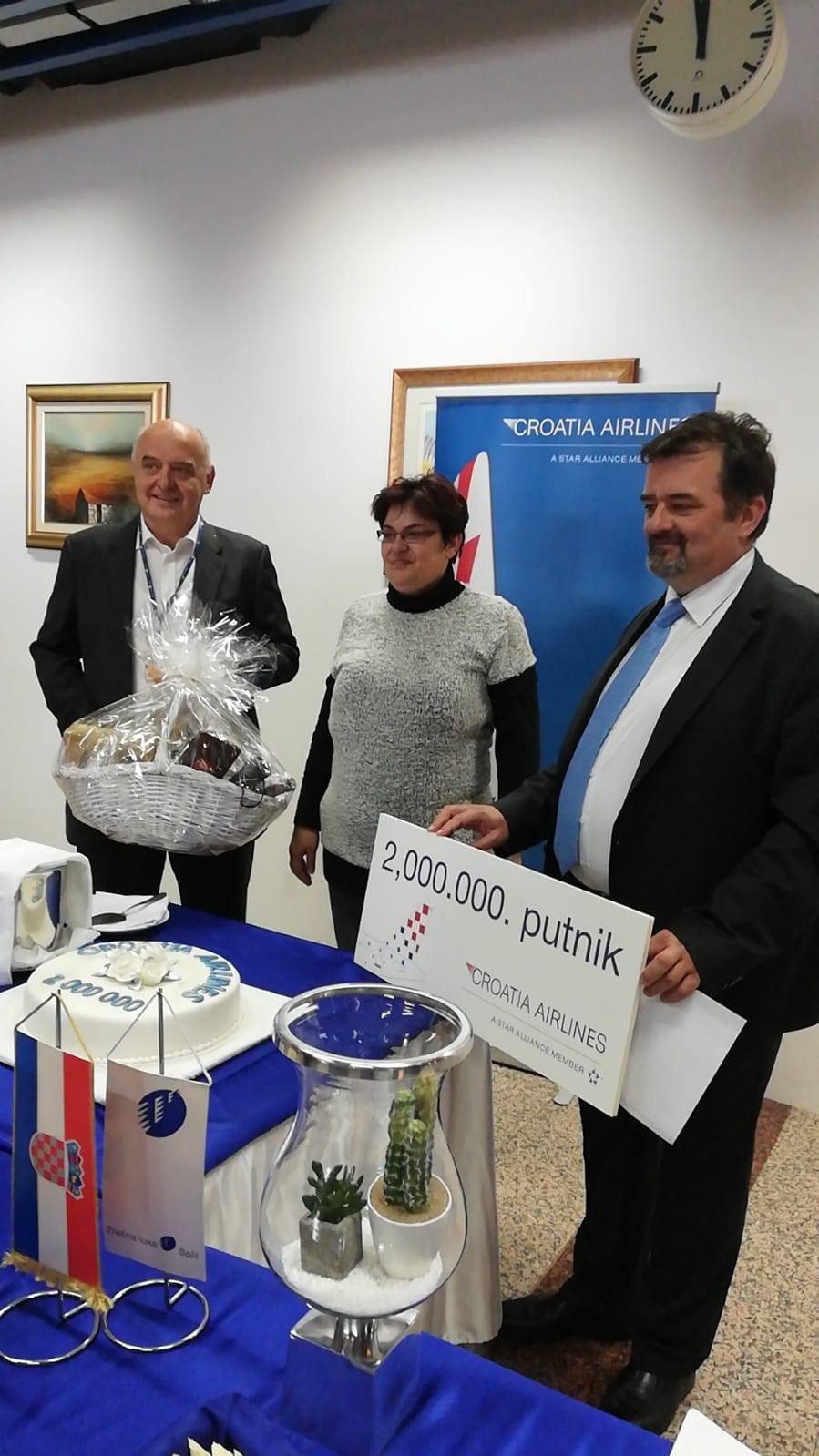 This year’s milestone was achieved more than two weeks earlier than last year when the two millionth passenger arrived on 5 December in Zagreb from Copenhagen.

From 1 January till 30 September, Croatia Airlines handled a record 1,705, 470 passengers, an increase of 3.1% from the same period last year.