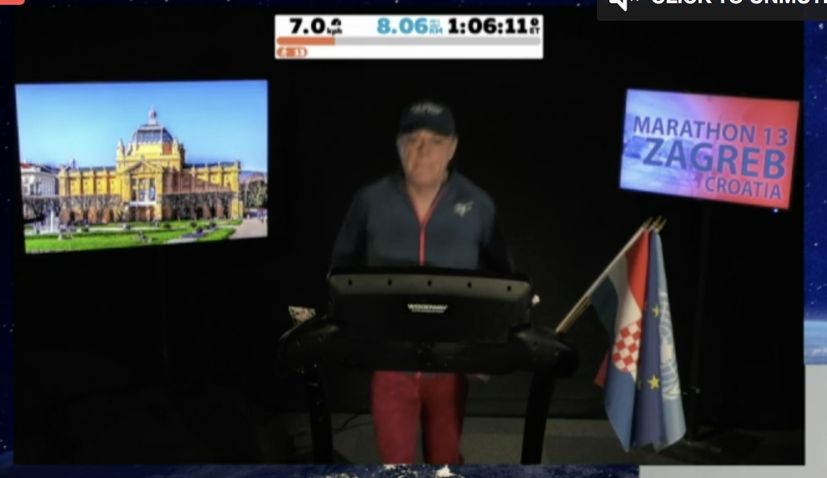 Eddie Izzard is today running for Zagreb, Croatia as part of the British comic’s charity challenge of running 31 marathons in 31 days.

Today marks day 13 of Izzard’s ‘Make Humanity Great Again’ campaign in which the comedian runs a marathon (42 kms) each day on a treadmill, followed by delivering a stand-up gig streamed from London.

Each marathon is themed around a different European or world city and supporters and fans are asked join in on the challenge by watching the event online, running together live (and ‘virtually’) in cities across the continent, joining the audience for the daily comedy shows, and donating to raise funds for charities.

🔴 LIVE: Eddie runs for Zagreb Croatia in Marathon 13. Help Eddie get to our goal by donating at https://t.co/3XW4wTNMt2 Send your photos and interesting facts using #MakeHumanityGreatAgain & #Croatia to be featured on the live broadcast. – The Beekeepers https://t.co/3memjr5Xkx

Zagreb, Croatia was selected as it was one of the cites Izzard visited last February during the 28 marathons in 28 days, one in each European capital, challenge.