The Croatian Women’s Network is pleased to advise that nominations are now open for the second annual Croatian Women of Influence Award and the Top 20-Under-20 Future Leaders Award. The search is on for accomplished leaders in academia, arts and culture, business, leadership and innovation, the military, philanthropy and sport.

“Connecting, celebrating and elevating awareness of distinguished women globally has had a tremendously positive impact on award winners and general consciousness about their achievements,” said Caroline Spivak, Founder of Croatian Women’s Network and the Croatian Women of Influence awards. “We are committed to showcasing the important contributions of Croatian women in all facets of society.”

The Croatian Women of Influence Award recognizes leadership, innovation and community impact of women of Croatian ancestry and will be conferred to distinguished women from the Republic of Croatia and the vast Croatian diaspora. A companion Top-20-Under-20 Future Leaders award will be conferred to enterprising young women from the ages of 16-20. Winners have the opportunity to partner with a network champion and mentor to assist them in developing their projects and future undertakings.

Nomination forms are available at www.CroatianWomensNetwork.org/Nominate and will be accepted up until midnight local time on Monday, October 10, 2016.

Awards will be presented at a gala event on International Women’s Day, Wednesday, March 8, 2016 in Zagreb, Republic of Croatia following a day-long conference: Advancing Women, Advancing Economies. Realize the Potential. 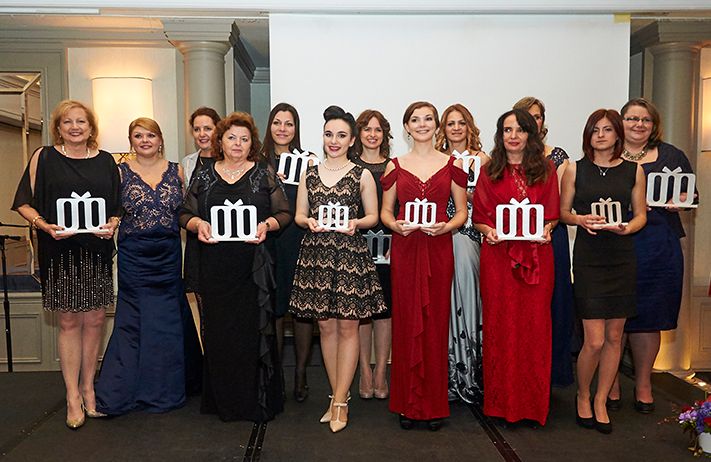 Twenty women from Croatia and from Croatian diaspora communities in Australia, Canada, Germany, South America, the United Kingdom, the United States, and the United Arab Emirates received the inaugural awards in March 2016.