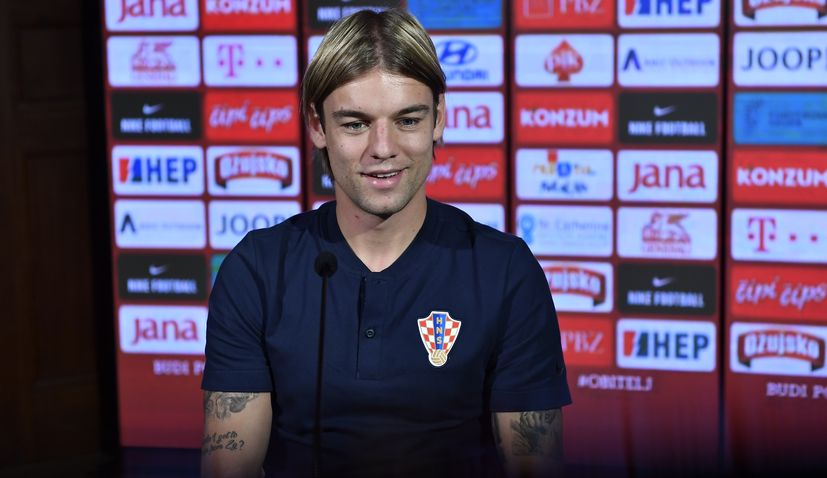 In a short period of time, Borna Sosa has became an important link in Zlatko Dalić’s Croatia side.

The 23-year-old Stuttgart left back has imposed himself already in his first two matches for his country, drawing praise and is quickly becoming a standard member of the national team.

On Friday, Sosa will make his 3rd cap when Croatia takes on Cyprus in their 2022 World Cup qualifier and on Wednesday he sat down and faced the media.

How is it having the opportunity to train with Luka Modrić? Do you take extra care when going into duels with the captain?

“Luckily, Luka plays on the opposite side from me, and so far I haven’t had to be careful because we played together. Otherwise, of course I would keep an eye on him because we know how important he is to us. Every goes full on in training, with just a little caution,”

On Friday Sosa may get the chance to play with his good friend and best man Josip Brekalo.

“I hope that we will play together one day because we played together for a very long time, practically from the age of six to twenty. We are best friends and best men, it would be a dream come true to play together in the first team for the A national team. However, time is on our side and we have to be patient, it is inevitable if we continue to play well in the club and the national team.”

Croatia picked up seven points in three games in September, in October the Vatreni play a game less.

“In terms of weight, I think the only difference is that we played the game more then. And then we knew that it was important to win and win as many points as possible because we played against direct competitors, and now we play demanding matches against Cyprus away and against Slovakia in Osijek. The goal is to win both matches and get as close as possible to the World Cup in Qatar. If we are at the expected level, I don’t think that will be a problem.”

Croatia did not concede a goal in September, and have only collected a goal against Slovenia in Ljubljana in the whole qualifying campaign.

“In some games, the goalkeeper also contributed a lot, but that’s when you want something. In the three games in September, we did our best to concede as few goals as possible, and the commitment after the lost ball and the return race was at the maximum high level. And when it’s played that way, some other things coincide. The approach is also important because if you do your best, then it will come back to you somewhere.” 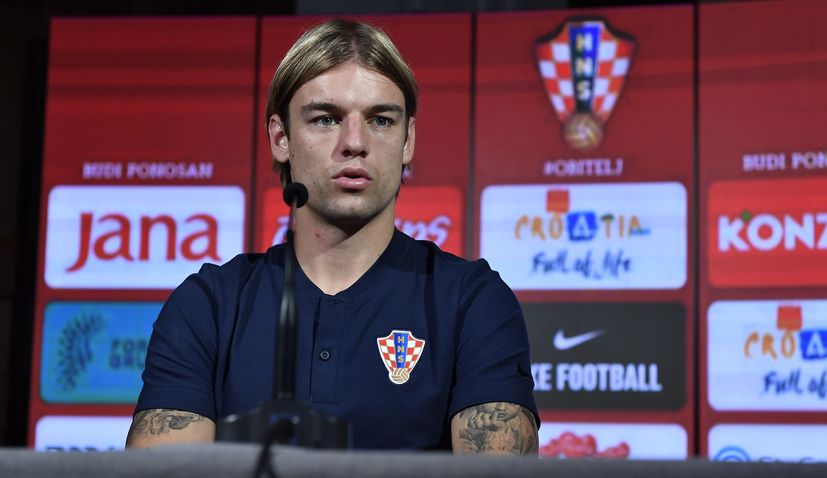 There are more and more Bundesliga players among the national team defenders.

“It hasn’t coincided for a long time that so many Bundesliga players are in defence. I know Joško Gvardiol and Josip Stanišić, I follow them and I think they play at a high level. It may be a little harder for Stanišić because he plays for Bayern, but he uses every opportunity. We already know that Joško is a fantastic player who has established himself in the position of left stopper in RB Leipzig. I will be happy if we play together because that was the case in the youth national team. In the Bundesliga they changed the way of thinking, a lot of clubs are dedicated to the development of young players so they buy young players from abroad, as was the case with me and Joško. We had quality players before, who could play in the Bundesliga, but the structure mentally was not like that. However, that has changed, it is a positive thing that we play so young in the Bundesliga.”

What would qualifying for the World Cup in Qatar mean to Borna?

“It’s something I’ve always dreamed of. When I was little, I always, when I did something, sang a song that I was a world champion from Freddie Mercury. I am sure that the World Cup in Qatar will be spectacular because it is potentially the last for Cristiano Ronaldo, Lionel Messi and Luka Modrić.”

A win against Cyprus on Friday will take Croatia a step closer to Qatar.

”The most important thing in that game is to take three points and go into the Slovakia game with the wind in our sails. We already saw in the first game against Cyprus that it will not be easy. Cyprus knows how to defend in a solid block, the only task in the match is not to concede a goal. It’s up to us to try to break it and score a goal, and I think we have a lot of quality to do that. If we give the maximum individually and as a team, we should win.”