With the support of the Croatian National Tourist Board, the main actors of the popular Brazilian show “Cris Pelo Mundo” (“Cris around the world”) have enjoyed a stay in Croatia.

The reason TV presenter Cris Stilben, her TV presenter husband Igor Duarte and their son Emmanuel stayed in Croatia was to film the fourth season of the extremely popular show, which will be entirely dedicated to Croatia as a tourist destination.

“During their stay in our country, the camera crew visited as many as 14 different destinations and on that occasion they got acquainted with the rich cultural, gastronomic and natural resources of Croatia. She will share her impressions and experiences with her loyal audience on the TV channel Travel Box Brazil, which reaches more than 14 million families interested in traveling around the world,” said the director of the Croatian Tourist Board Kristjan Staničić, adding that this is a valuable and significant promotion of Croatia as an ideal destination for families with children.

Their delight with Croatian destinations is confirmed by the main actor of the show, Cris Stilben, who pointed out that Croatia is a destination where everyone can find something for themselves. “Great history, beautiful and untouched nature and good infrastructure really make your country an exceptional travel destination for families with children. We are amazed by everything we saw,” said Stilben, while her husband Igor Duarte said:” We enjoyed every step of discovering Croatia and we are delighted with the ideal combination of historical and cultural heritage with natural beauty.” 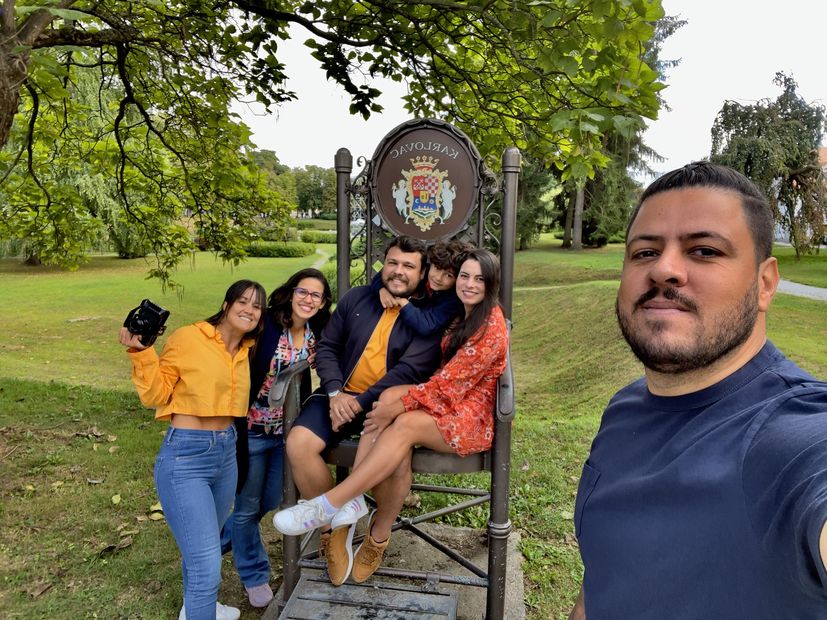 The project and filming in Croatia was designed by Marilia de Oliveira, a Brazilian residing in Karlovac and the owner of a travel agency. “The whole trip is designed to present more famous destinations such as Zagreb, Split, Dubrovnik, Pula or Rovinj, but also those lesser-known destinations that are equally attractive and high quality. So we did the filming at locations in Karlovac, Nin, Buzet, Brijuni, etc. I thank all the partners who supported us and enabled this great project to be realised,” said de Oliveira, adding that the promotional effects, except through television, will also be realised on social media platforms such as Instagram, Facebook and Youtube.