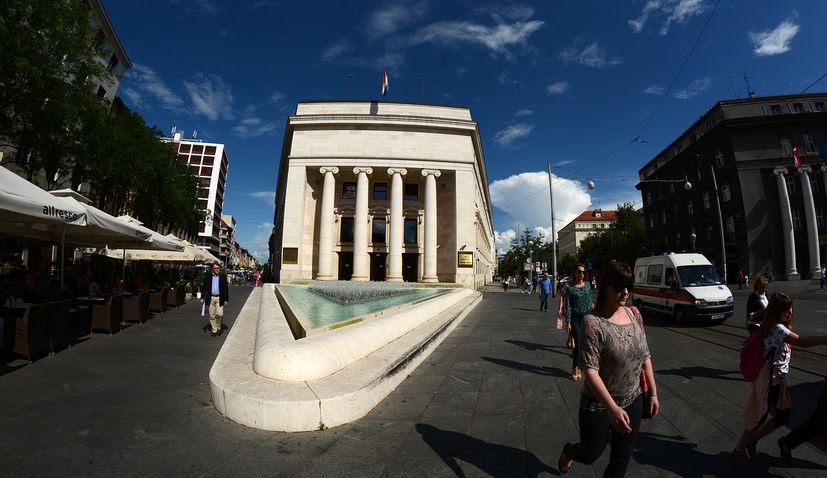 “Despite the decline, the banking system is still stable. Credit institutions in Croatia are well capitalised and the total capital ratio has grown from 24.80% at the end of 2019 to 24.9% at the end of September this year,” the central bank said.

The HNB’s data for the first nine months of this year show that the gross profit of credit institutions totalled HRK 2.96 billion, a drop of 2.4 billion compared to the same period of last year.

“The drop in profit was mostly due to an increase in impairment charges as a result of credit risk (442.7%) because credit institutions have started valuating the increased credit risk due to the COVID-19 pandemic. A marked drop in net revenue of 8.4% is due to a drop in almost all operating revenue. The indicators of credit institutions’ profitability – return on assets and return on equity – were 0.8% and 5.5% respectively,” the central bank’s analysts have said.

Most banks operated at a profit, four at a loss

The HNB data, which is based on data submitted to the central bank, shows that of 20 banks operating in Croatia 16 operated at a gross profit while four operated at a loss in the first nine months.

The four banks that operated at a loss are Imex Bank, J&T Bank, Slatinska Bank and Samoborska Bank.

The assets of all credit institutions at the end of September amounted to HRK 451.1 billion, which is HRK 20 billion or 4.6% more than at the end of 2019.