Home » News » Baburizza Palace in Chile and its Croatian connection 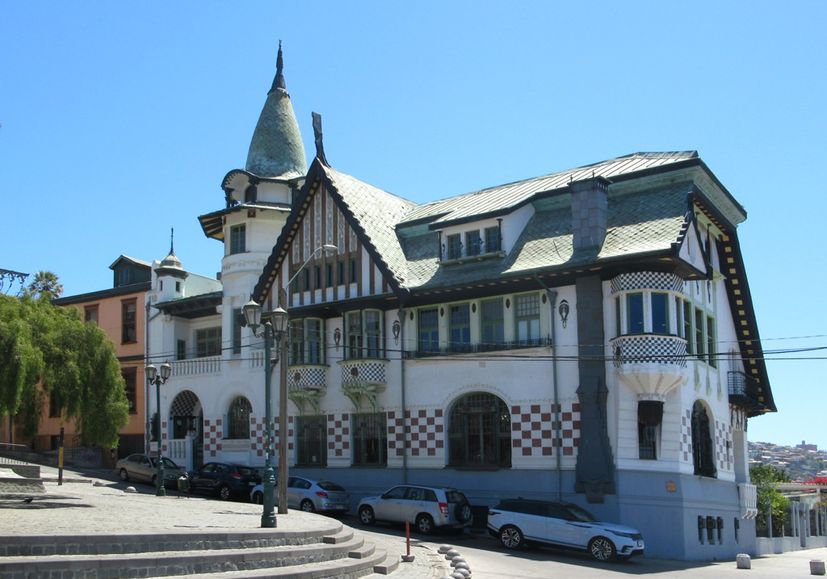 When I was travelling through South America, one of my stops was Chile and one of the cities that everybody told me about was Valparaiso.

Even if you are not into street art, you cannot resist but fall in love with this colourful Chilean port. And it is actually the city with the most funiculars in the world. It’s uphills and downhills sometimes can give you a hard time and the easiest way to climb is to drive up.

So, while I was exploring every corner of this charming little city, I ran into one that was named Yugoslavian Walk. Tell me more about it – I thought. And walking a few steps down that street, there it was – the beautiful old Baburizza Palace, which is a museum of fine arts today. And for a Croatian girl in Chile, it would have been just an ordinary art museum situated in the impressive house, if it wasn’t a former residence of Croatian businessman Pascual Baburizza.

Palacio Baburizza was built upon request from one of the most important families of Valparaiso, the Zanelli family. They asked the architects Arnaldo Barison and Renato Schiavon to build this palace in 1916. Businessman Ottorino Zanelli was an Italian immigrant, originally from Savona, who arrived in Tarapacá Region where he met and married his second wife Margarita Morales and with whom he lived in the villa for only a year since after that he died.

Although his descendants were numerous (he had seven children with Margarita), after Ottorino died, his widow sold the Palace to Pascual Baburizza and left to Italy with her family.

Pascual Baburizza Soletić  (1875-1941) arrived in Chile as a teenager. He was seventeen years old when he left his island of Koločep, located in the Dubrovnik region in Croatia.

At that time Croatia was submitted by the Austro-Hungarian Empire. When Pascual arrived in Chile, he worked in the saltpeter trade, in the ports of Antofagasta and Iquique. His dedication led him to emerge and he became the owner of the Lautaro Office after which he moved to Valparaíso and bought the palace in 1925. Being a businessman he made innumerable trips to Europe where he acquired a lot of works of art, apart from business in commerce, he was also passionate about the countryside and banking – he worked in the Yugoslav Bank of Chile.

In his numerous trips, he bought a great number of paintings and he gathered a great collection. He was largely devoted to social and philanthropic works and made numerous donations during his life. He never formed a family, so he did not have direct descendants and the closest were his nephews.

They say Baburizza felt lonely in Chile, which was his second home since he never returned to his native country Croatia. Since he was a huge art lover, in his testament he left his entire art collection to the city of Valparaíso. The government acquired the Baburizza Palace in 1971 to become the seat of the Municipal Museum of Fine Arts of Valparaíso, which seems to have been designed for this because of its greatness.

This palace has five floors and has two thousand square meters of construction. It was built under the influence of modernism, Art Nouveau and Art Deco, which was what prevailed at the time. A large number of towers and columns as well as the Art Nouveau which is very noticeable on the facade of the building make the Palace visually very appealing with much style. Also, architects kept attention to create an eclectic style house with highlighted mansards, bow windows or arched windows, lots of terraces, and wooden doors carved very carefully.

In the dining room, there is a beautiful marble fireplace made in the best Renaissance style. This detail was installed by order of Baburizza when he acquired the building. He made many other changes; one of the terraces was changed to a large living room and also added one more floor to the building – in the highest part the crown with a beautiful tower. In 1979 Baburizza Palace is declared a National Monument.

During the 1880s, there were painting salons in Valparaíso, driven by the painter Alfredo Valenzuela Puelma. As a result, the same artist founded the Valparaíso Painting Museum, which operated at the Teatro de la Victoria (Municipal Theater) until the earthquake of 1906. After the destruction of this valuable building, the city was left without a museum until the beginning of the decade of the ’40 of the last century and on the initiative of the painter Camilo Mori and the writer D’Halmar is re-founded with the name of Municipal Museum of Fine Arts of Valparaíso. 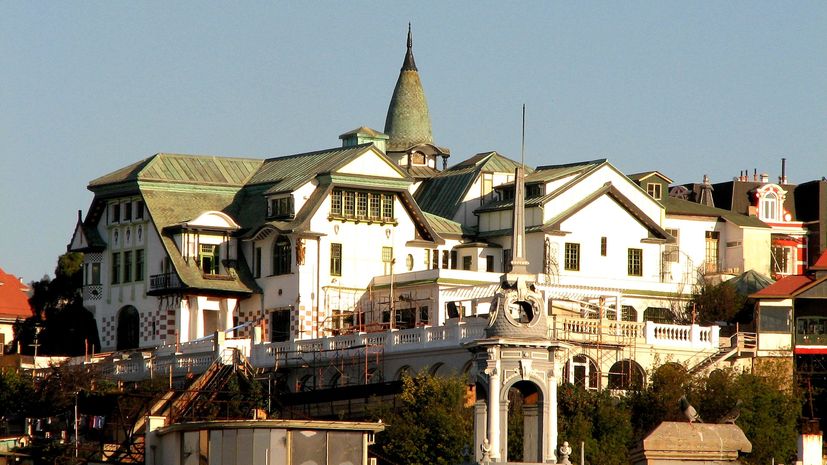 Baburizza Palace brings together the paintings that had survived the first museum, the donation of Pascual Baburizza and those gathered by Mori and D’Halmar. With them, the main collection of the museum was structured. This worked in various places until 1971 when he moved definitively to the Baburizza Palace.

Today, it gathers an important collection of works; many of these bequeathed by Pascual Baburizza. Mauricio Rugendas, Alfredo Valenzuela Puelma, Alfredo Helsby and Carlos Hermosilla Álvarez are among the most important painters.  The museum was closed for renovations in 1997 and reopened in 2011.