Recently we featured two songs by Australia-based singer Darko Zorić. The first was ‘Slobodna Melodija’, which was the first recorded Croatian version of the famous tune ‘Unchained Melody’.

And then earlier this month we reported on the premiere of his track ‘Živjela Croacija’, which was a re-recording with tambura band Stara Škola of one of the most well-known songs amongst the Croatian community in Australia which happened to be co-written by his father Josip Zorić.

All songs on the EP are remakes of older songs from the 70s and 80s. The tracks ‘Što To Naša Slavonija Ima’ and ‘Dalmatinko Dušo Moja’ were originally released Darko’s father in the early 80s and appear on his album ‘Rodna Gruda’.

‘Sjećanje Na Prošlost’ is the first album Darko has recorded in Croatian. He arranged and produced all of the songs, as well as directing and editing all the music videos. 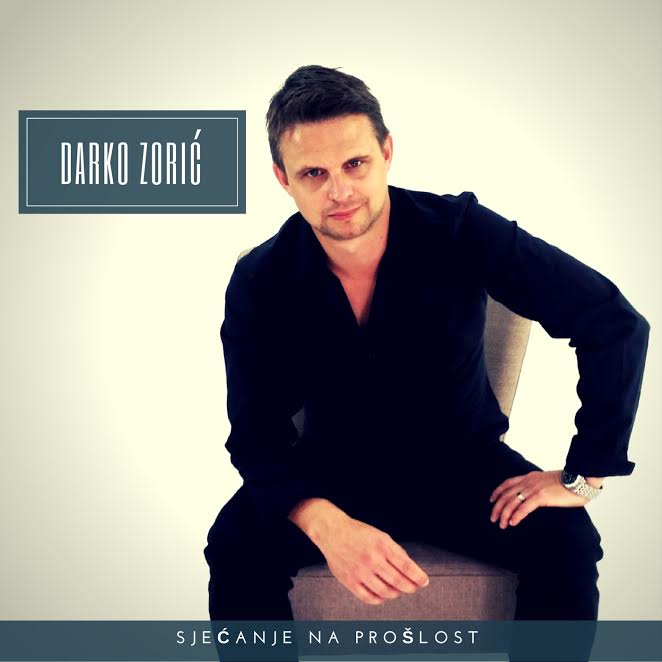 Darko’s wife Lucija Zorić appears on the music videos and is his love interest in ‘Slobodna Melodija’ and ‘Stranac u Noći’.

“I wanted to make an album that features songs I believe are evergreen such as ‘Unchained Melody’, ‘Zivjela Croatia’ and ‘Stranac u Noci’. Dalmatinko Duso Moja is a song I always loved listening to growing up, and I always thought of as very romantic. I always thought that such a great song deserved a bigger audience than what it received back when my father recorded it. ‘Sto To Nasa Slavonija Ima’ shows a completely different style of composition, which is much more energetic and great for good vibes but never losing its folk roots. Since I’ve released Slobodna Melodija, and Zivjela Croatia, in a little over two weeks both songs have almost received 90,000 in views throughout all social media channels when counting the numerous embedded versions on Facebook by third parties, combined with my official youtube channel,” Darko says.

“Stranac U Noci along with Unchained Melody are two songs I get asked for requests most when I perform live, so I thought it would be great to try a Croatian translated version of Unchained Melody, and a slightly more modern version of Stranac u Noci.”

“We have released two versions of Zivjela Croatia so far to date, a modern Rock version and a more traditional tambura version which pays homage to the original versions done some 30 years ago. All versions feature popular tambura band from Sydney ‘Stara Skola’. The tambura version music video will be released at a later date.There will be a third Dance remix version completed in the next few weeks ready for DJs to spin over the Croatian Summer. Zelko Papic, a prominent Australian/Croatian, is working on the dance remix. It is our dream that our Croatian football fans adopt ‘Zivjela Croatia’ as a fan favourite to sing at the next World Cup in Russia.”

Click on the link for the album ‘Sjecanje Na Prošlost’ on iTunes below:

Click on the Link for the album ‘Sjecanje Na Prošlost’ on Google Play below:

The album coincides with Darko’s trip to Croatia over the Croatian summer this year where he will be performing at Hotel Amarilis in Novigrad na Dobri on 3 June and in Ozalj on 18 June for Sveti Vid dan Ozlja.

“We are in the midst of confirming some more dates. I will be coming with my wife and 4 kids, for whom none have ever been to Croatia. It will be my first trip in 24 years,” he says.

All dates for each gig will be available on his website at www.darkozoric.com.au

Check out a video to one of the tracks off the EP – Stranac u Noći – below: