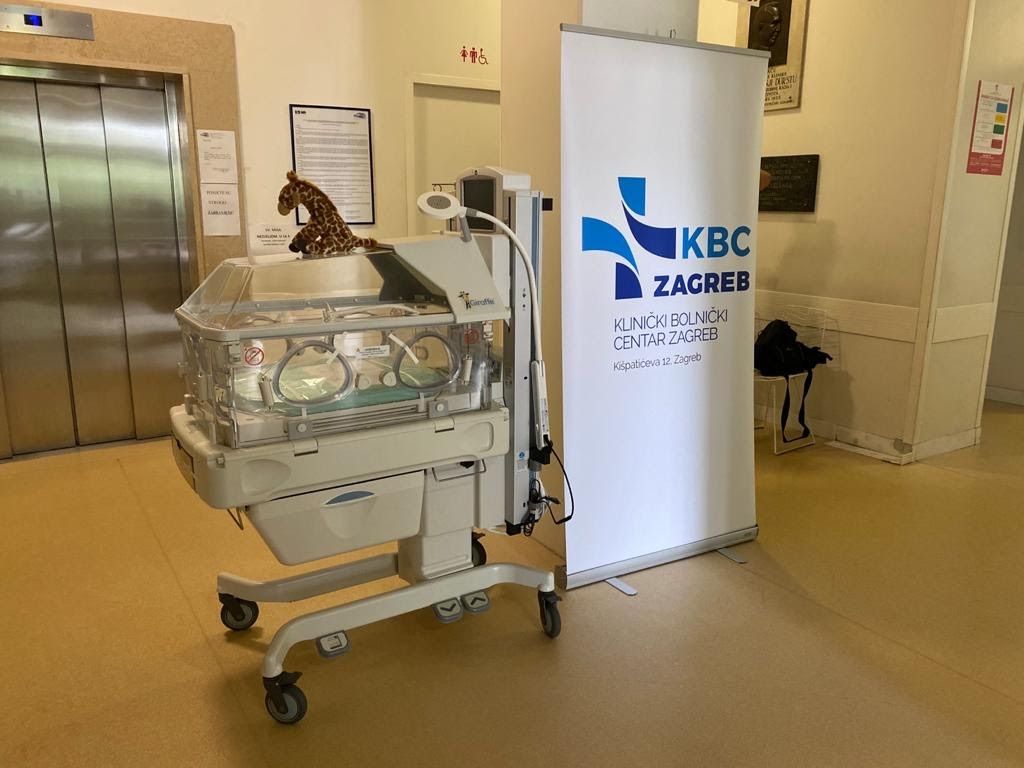 In working directly with the earthquake-damaged hospitals to learn about their greatest needs, the ACAP Foundation donated a neonatal incubator and infant resuscitation system for the KB Petrova Hospital in Zagreb

ZAGREB, 4 JUNE 2020 – The Association of Croatian American Professionals Foundation (ACAP Foundation) provided today the next round of relief for hospitals damaged by the devastating earthquakes in Zagreb, Croatia. The Association’s local chapter, ACAP Zagreb, worked closely with the hospitals to identify the areas of greatest needs which led to today’s donation of a hybrid neonatal incubator and infant resuscitation system for the Neonatal Intensive Care Unit (NICU) of KB Petrova Hospital.

This second installment of relief, valued at $44,000, follows the monetary donation of $125,000 given to KB Dubrava, a hospital in Zagreb, and KBC, a hospital in Split. The previous gift, donated by Mario Ančić, Ante Kušurin, and their partners Dick Cashin and Steve Lunau at One Equity Partners, was received by the hospitals last month to aid in their fight against the COVID19 pandemic.

“The photographs of the aftermath of the first earthquake, including those coming from Petrova Hospital, touched all of us deeply. As an Association, we are proud to assist during these difficult times by providing much needed medical devices. Our hope is that this top-of-the-line equipment will for many years help care for Croatia’s most vulnerable—the preemies—and that it will help with their return to Petrova.” said Marko Zoretić, ACAP’s president. 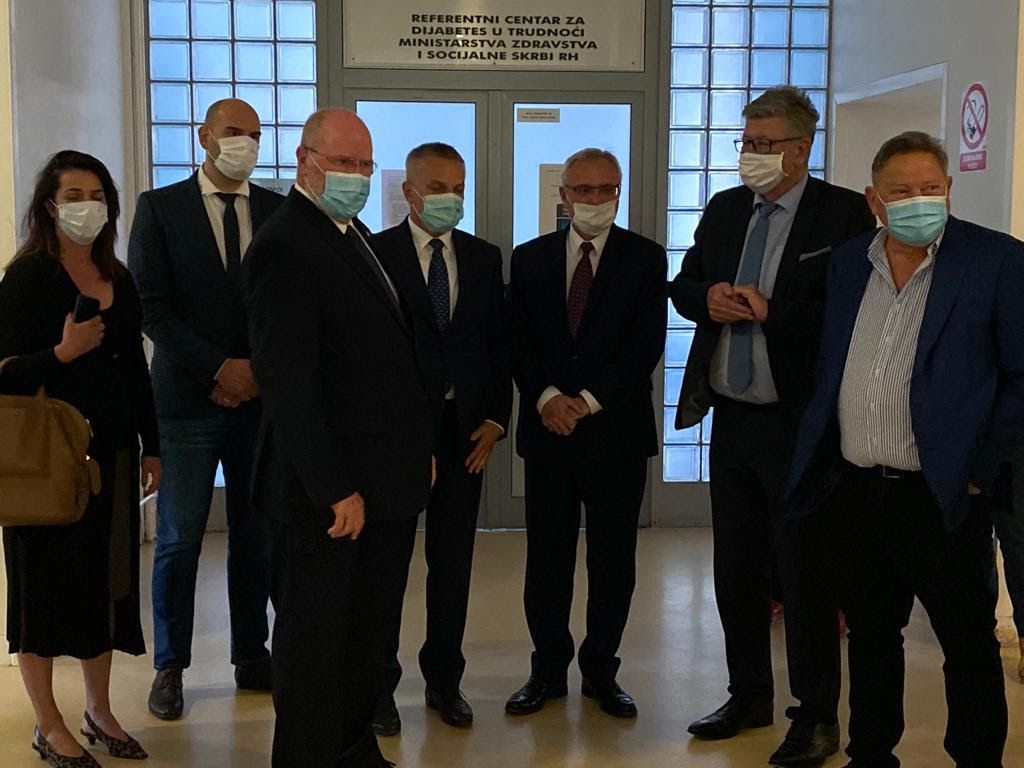 Last year, the NICU at Petrova provided care for almost 600 premature babies, with one hundred of them weighing less than 3.3 lbs at birth. On the day when the earthquakes damaged the hospital, one of the preemies at the NICU weighed only 1.3 lbs. These facts best portray the need not only for high medical expertise but also for access to advanced medical devices.

The selection of the hybrid neonatal incubator and resuscitation system was done in consultations with health experts, including those in ACAP’s Medicine and Health Sciences section. “We would like to thank Dr. Ćorušić, KBC Zagreb’s president, and his team, as well as Dr. Mate Car, Croatia’s assistant minister of health, for helping us identify the needs. The ACAP Foundation selected GE Healthcare’s Giraffe Omnibed Carestation CS1 hybrid incubator and Stand-Alone Infant Resuscitation (STAR) System because they represent the most technologically advanced solutions for neonatal care. Since they were made by the U.S.-based company, this donation also symbolically connects the two countries much like our Association,” said Mašenjka Katić, vice president of ACAP Zagreb. This particular model doubles as a full-featured incubator and a radiant warmer and has the ability to transform into a heated resuscitation table. Dr. Jeana Havidich, a pediatric anesthesiologist at the esteemed Dartmouth-Hitchcock Medical Center and a member of the ACAP’s Medicine and Health Sciences section, commented on how her hospital uses the same GE equipment. “Maintaining appropriate body temperature is especially important for extremely low birthweight babies. Cold stress can be dangerous – especially babies with co-existing medical problems. Also, these units provide good visibility and easy access to babies in an enclosed environment which is important to both parents and health care providers,” said Havidich.

Today’s donation ceremony was attended by the leadership team of ACAP Zagreb, the KBC Zagreb and Petrova hospital leadership, leadership from Croatia’s ministry of health, State Secretary for Croats Abroad Mr. Zvonko Milas Central State Office for Croats Abroad, as well as by the U.S. Ambassador W. Robert Kohorst. “I was pleased to join today’s donation ceremony and I’m proud that an American company was selected to provide this critical piece of medical equipment. I commend ACAP’s generosity which directly contributes to U.S.-Croatia relations,” said Kohorst.

Croatia’s Ambassador to the United States, Mr. Pjer Šimunović, who helped connect the ACAP with appropriate institutions in Croatia for this relief initiative, echoed a similar sentiment: “The generous and noble medical donation, yet again, demonstrates how much the heart of Croatian-Americans beats together like one with the heart of Croatia, especially in its hour of need. It is with warmest gratitude that Croatia accepts ACAP’s support, engagement, and initiative. ACAP has been able to establish itself as our great, close and efficient partner and friend, contributing most actively to the ties between Croatia and the United States.”

This ACAP Foundation will continue its fundraising efforts that currently collected $190,000 from more than 420 individuals until it reaches its goal of $200,000. This is the first major fundraising effort for the ACAP Foundation since it launched last year. The foundation’s mission was intended to support a variety of initiatives aimed to encourage business and educational experiences in Croatia. However, after the recent earthquakes, it became very clear to ACAP members across the United States that the recent natural disaster and pandemic was an urgent call to react to Croatia’s human services crisis.

Implementation of the ACAP Foundation’s donations in Croatia is led by ACAP Zagreb chapter president, attorney Don Markušić and other chapter members. Markušić also chairs the Foundation’s stewardship committee which provides oversight to ensure all donations reach their intended recipient.