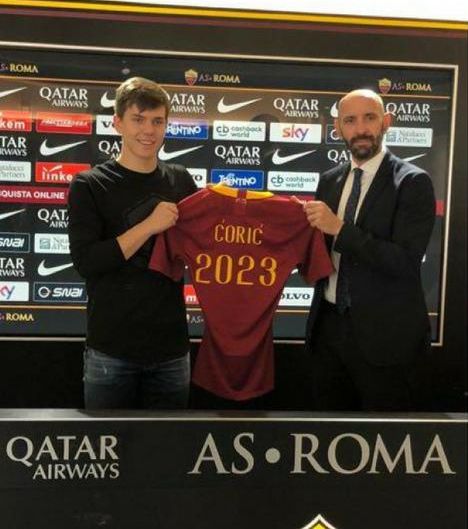 Ante Ćorić has signed with Italian giants AS Roma (Photo: AS Roma)

Ćorić (21), who has been the target of clubs like Real Madrid and Manchester City after being rated one of the best teenage prospects in Europe, signed a 5-year deal with Roma today for a reported 7 million euros after passing a medical.

Ćorić became the youngest goalscorer in Europa League history, at the age of 17 years and 157 days, when he scored against Astra Giurgiu in the 2014-15 season. He won Croatian Hope of the Year and best young Croatian player the same year.

The midfielder has played for various youth Croatian teams and made his debut for the senior Croatia national football team in a friendly 1-0 win over Moldova in May 2016 after coming on as a substitute.