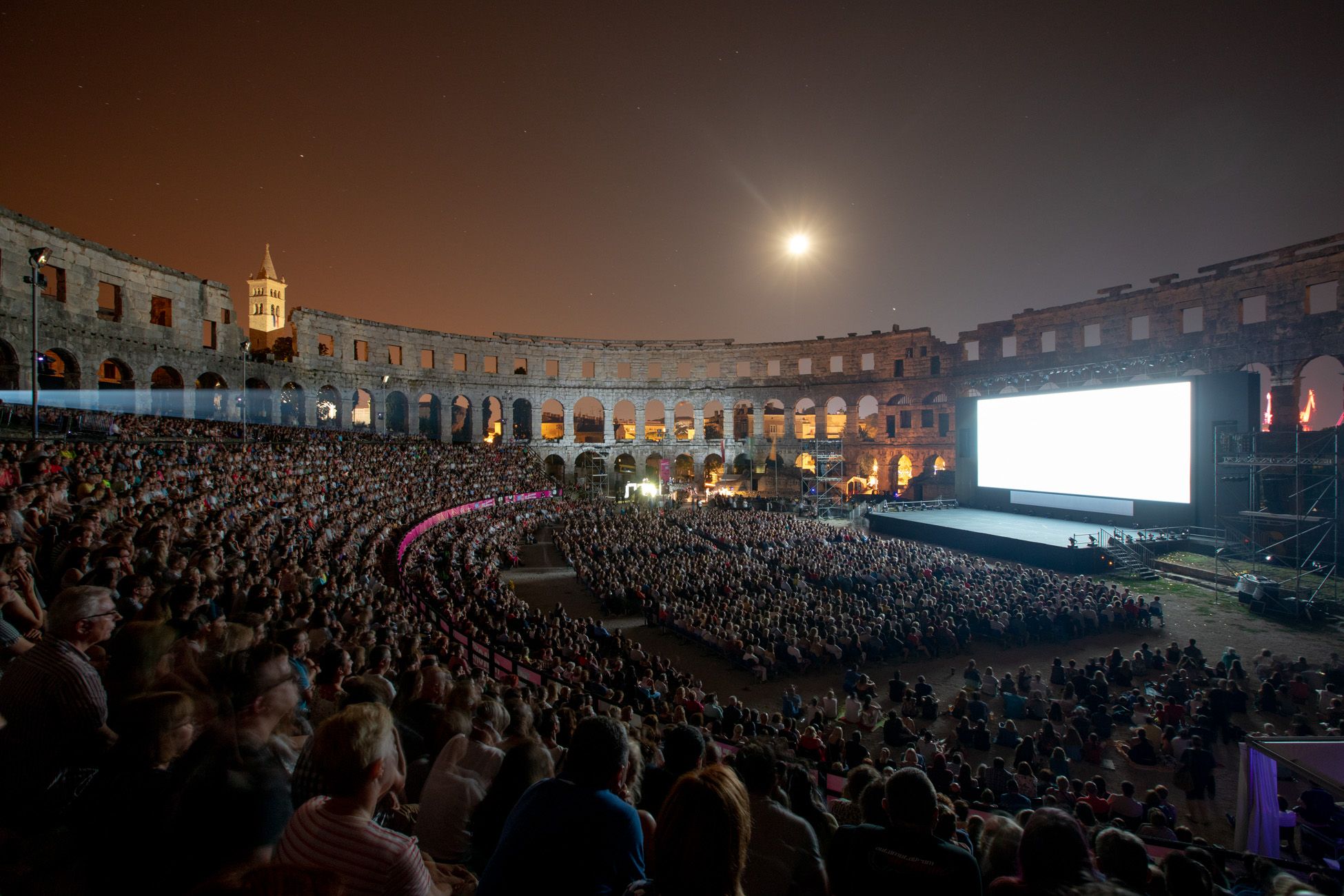 ZAGREB, 15 May 2019 – The programme for the 66th Pula Film Festival, which will be held from 13 to 21 July 2019 at Pula Arena, was announced at a press conference at The Médiathèque of the French Institute in Zagreb on Wednesday.

Director Gordana Restović emphasised that more than 130 films have been submitted to the public call for participation at the 66th Pula Film Festival, which speaks to the great interest from authors in presenting their films precisely in Pula. “The proposal of selected films was confirmed yesterday at the session of the Festival Council, and I believe the novelties in the concept of the programme and venues will be nicely welcomed by the audience.” She also added that all technical, logistical, and organisational plans are nearing finalisation, and everything is set for another unforgettable film experience. Director Restović also announced a new screen has been acquired for the screening of the latest Croatian and foreign production films.

Artistic Director Zlatko Vidačković said the Croatian Programme of the 66th Pula Film Festival will see 14 films in competition, of which 8 films in the programme Croatian Film and 6 in the programme Minority Co-productions. Seven films will be screened at the Arena: General by Antun Vrdoljak, Diary of Diana B. by Dana Budisavljević, Extracurricular by Ivan-Goran Vitez, What a Country! by Vinko Brešan, My Grandpa Is an Alien by Dražen Žarković and Marina Škop, The Last Serb in Croatia by Predrag Ličina, and F20 by Arsen Anton Ostojić, while All Alone by Bobo Jelčić will be screened at the Istrian National Theatre. The competition programme of Minority Co-productions will include Stitches by Miroslav Terzić, Erased by Miha Mazzini, Love Cuts by Kosta Đorđević, God Exists, Her Name Is Petrunya by Teona Strugar Mitevska, The Load by Ognjen Glavonić, and Rafaël by Ben Sombogaart.

The programme of Short Pula was also presented. Seven short films will be screened: I Don’t Know Who We Are by Boris Homovec, Minutes by Vanja Nikolić, Mechanics 2 by Bojan Radanović, The Funeral by Tin Meze, Bepo by Filip Antonio Lizatović, I Do by Petar Varat, and Fence by Lendita Zequiraj, as well as 3 documentary films: Lessons on Humanity by Branko Ištvančić, Footsteps, Family Stories from the Balkans by Marko Pavlović and Vlado Boban, and Female Heroes of the Homeland War by Irena Ščurić.

A documentary film about Oliver Dragojević, directed by Branko Drakulić and Lea Dekleva, will be screened at the closing of the Festival, along with a recording of the Oliver’s 70 concert held at the Zagreb Arena.

Director of Croatian Audiovisual Centre Christopher Peter Marcich said it is his honour to participate at Pula Film Festival in his new role of Director of Croatian Audiovisual Centre, even though he has regularly followed and visited the Festival in previous years. He also said the Festival has always been special and significant for Croatia and national production.

“It is my pleasure to say that the traditional cooperation between Pula Film Festival and Hrvatski Telekom is continuing for the 17th year in a row. Both Croatian and foreign film lovers recognise Pula Film Festival as a key event in Croatia, which best speaks to the quality, as well as the significance of this event for Croatian film. I am especially pleased to be able to say that, thanks to very good cooperation between Pula Film Festival and Hrvatski Telekom, we will support several attractive films being shown exclusively on MAXtv Video Store and MAXtv To Go platform this year as well. This means that at least a part of the Festival will be accessible to film lovers across Croatia, and people who can’t come to Pula will be able to enjoy festival films through the best network, wherever they are,” said Richard John Brešković, Director of the Residential Marketing Sector of Hrvatski Telekom.