The only English theatre festival in southeastern Europe, the Midsummer Scene stages one Shakespeare play each summer. Combining an international cast and high-quality production with the wondrous setting of Fort Lawrence, this is a true cultural treat.

As ever the Lovrjenac Fortress, overlooking the historic Old City, will be the venue for the festival. The festival is expanding from year to year. International guest performances, British cast, directed by Helen Tennison, is supported by an international creative team. Shakespeare’s magical comedy of mistaken, confused and enchanted identities comes back to Dubrovnik where it shall be performed at Fort Lovrjenac, the most famous open-air venue in this part of Europe.

A Midsummer Night’s Dream is a classic Shakespearean comedy focusing on themes of love, passion, magic, mistaken identity and even theatre itself. It is one of the most widely performed plays from the Bard’s back catalogue. 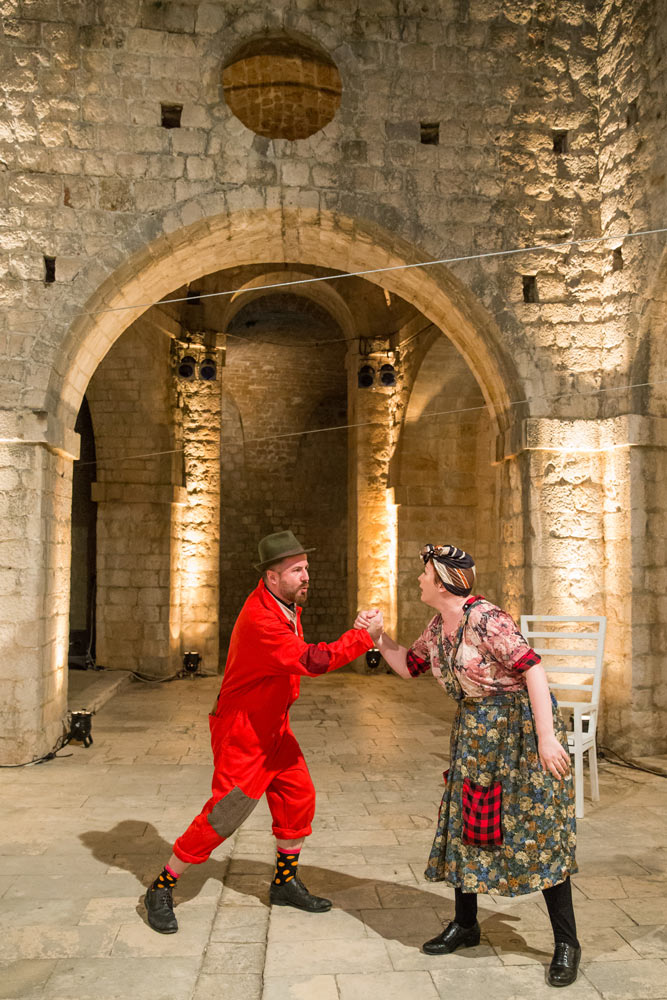 Midsummer Festival Scene is a project of the City of Dubrovnik and the Dubrovnik Tourist Board and produced by Brilliant Events Dubrovnik and Honey-tongued Theatre Productions from London.

In collaboration with Museum of Modern Art Dubrovnik, July 2nd they will host a polish play H(2)O devised and performed by Anna Rakowska and Piotr Misztella and based on Hamlet – is highly physical and bilingual production of Teatr Strefa Otwarta in Wroclaw, Poland. Five Seasons Concert performed by the Dubrovnik Symphony Orchestra – is inspired by Shakespeare and includes an overture from Oberon by C. M. Weber, a selection from A Midsummer Night’s Dream by F. B. Mendelssohn and Concert Suite No 1 from West Side Story by L. Bernstein.

Tickets available at www.midsummer-scene.com
Tourist board Dubrovnik – Pile;
Luža;
Box office at the entrance (Fort Lovrjenac) one hour before the performance