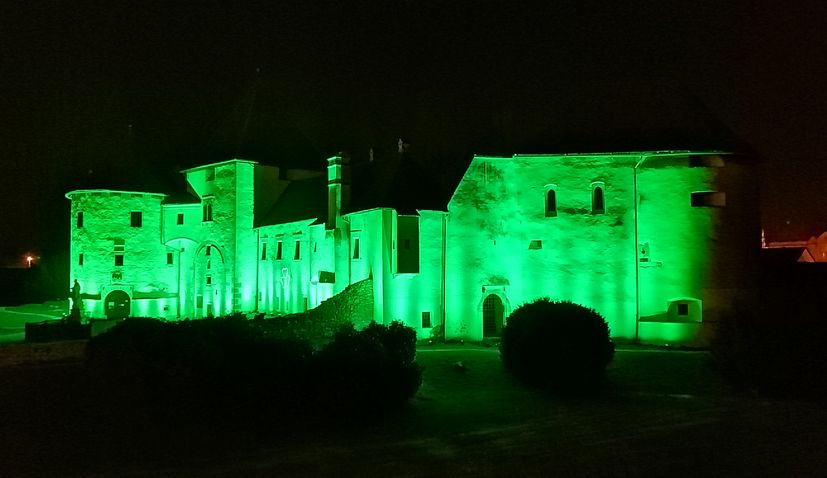 Nine cities in Croatia cities will participate this year in the 12th annual”Global Greening” event.

Launched by Tourism Ireland, this year’s Global Greening will be the biggest with 66 countries set to light up their most-famous monuments in emerald green to mark St Patrick’s Day on 17 March.

The Embassy of Ireland in Croatia said fourteen locations in nine Croatian cities will light up, which is the most to take part, from 7 p.m.

Among the Croatian locations joining the Irish initiative and the celebration of St. Patrick’s Day this year include Zagreb, Rijeka, Zadar, Split, Pula, Dubrovnik and Varaždin, Hvar and Oriovac.

Zagreb’s fountains will light up green, as will the Museum of Contemporary Art, Klovićevi dvori Gallery and Meštrović Pavilion. In Rijeka, Trsatska gradina, Molo Longo port cranes and fountains on Jadranski trg will light up, which Split fountain in front of Prokurative will go green.

Dubrovnik’s Mala Onofrijeva fountain, Zadar ’s Greeting to the Sun , and Pula’s roundabout at the entrance to the city will shine green.

The Sponza Palace in #Dubrovnik has been included in the #GlobalGreening initiative in the past, though the “Pearl of the Adriatic” will green another of its landmarks this #StPatricksDay.@TourismIreland pic.twitter.com/1qUpWF50xp

The Croatian National Theatre in Varaždin, Hvar’s Fortica Fortress, and the well in Oriovac near Slavonski Brod, are also getting involved.

Another city that will have a new #GlobalGreening this year is #Zadar — and it will be impressive!

Here is the City’s past contribution to the @TourismIreland initiative — the Church of St. Donatus. pic.twitter.com/QJHaU3vGWr

The Global Greening initiative was launched 11 years ago in Australia, when the Sydney Opera House was illuminated in green on March 17, 2010.