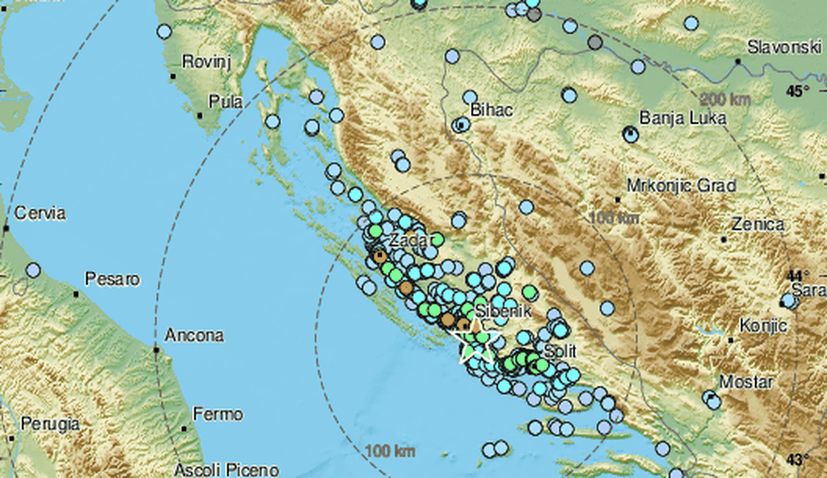 ZAGREB, June 8 2021 – A strong earthquake measuring 4.7 on the Richter scale has hit the Šibenik area on Croatia’s Dalmatian coast on Tuesday morning, the Seismological Service of the Republic of Croatia reported.

The earthquake struck at 5:59 a.m. with the epicenter reported 13 kilometers southeast of Šibenik. The depth of the earthquake was ten metres.

The magnitude of the earthquake was 4.7 according to Richter, and the intensity at the epicenter was VI degrees on the EMS scale.

‘It was strong but short, woke me up’

‘In Zadar it felt very strong, woke us up and scared us’

‘Everything shook, pretty hard for about 6-7 seconds’

‘We felt it in Vodice very strong’

‘Trogir shook well. Rumble first, and then shaking, the furniture got moved around’ wrote witnesses on EMSC and social media.

The Seismological Service of the Republic of Croatia described the earthquake as ‘strong’. Apart from damage to a school in Vrpolje and a falling rock damaging a car, there have been no reports as yet of any major damage.

“We had a lot of calls, people are scared, about seventy calls so far. There is no report of damage, except that a rock broke through a fence and smashed a car,” the Šibenik emergency centre 112 told Večernji list.