ZAGREB, Sept 29 (Hina) – The $36.5 million self-discharging bulk carrier Algoma Intrepid was delivered to the Canadian Algoma Central Corporation at the 3. Maj shipyard in Rijeka on Tuesday.

The vessel is 198 metres long and 23 metres wide, has a deadweight of 24,900 tonnes and will sail the big lakes on the US-Canada border.

The Algoma Intrepid was launched in June 2017 after the first such ship was delivered to the Canadian client.

3. Maj and Algoma Central Corporation signed contracts on the construction of five self-discharging bulk carriers, but four contracts were cancelled during the crisis in the shipyard.

The Algoma Intrepid contract was cancelled in October 2018, due to which the Finance Ministry paid HRK 230.07 million in state guarantees. In September 2019, 3. Maj signed a new contract with the buyer on the completion of the ship, after which the government gave the shipyard a state guarantee to take out a €26 million loan from the Croatian Bank for Reconstruction and Development to complete the ship. 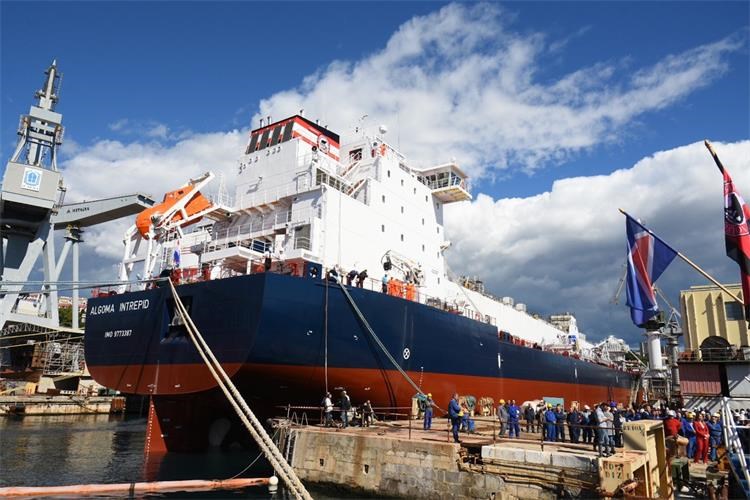 The ship in Rijeka on Tuesday (Photo credit: Vlada.hr)

Prime Minister Andrej Plenkovic attended today’s delivery, saying it was a success for all 3. Maj workers and that it was evidence of Rijeka’s and Croatia’s economy.

He said dedication, know-how, skills, management and restored trust were crucial for the government’s decision to support the shipyard in completing the ships under construction.

“Expectations have been met and the ship has been completed within the deadline,” Plenkovic said.

He said the government “will continue to support 3. Maj and other Croatian shipyards, but under circumstances which make such ships and such shipbuilding profitable, practically on market foundations, with the government’s appropriate role, but not at the expense of the state budget.”

“This is confirmation of our policy that we want viable shipbuilding,” the prime minister said, adding that the government no longer wanted to have state guarantees enforced for unfinished ships. “This time we are going step by step, with good oversight by the Croatian Shipbuilding Corporation – Jadranbrod and all relevant ministries.” 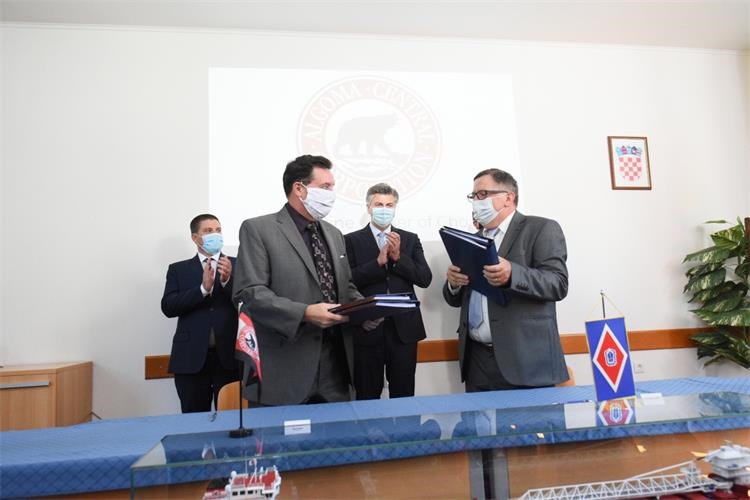 We will support shipbuilding, but when we trust that management and the people who work want to finish ships, that prices will be adequate, with no “odd extra costs” or projects going under and banks taking state money, he said.

3. Maj director Edi Kucan thanked the prime minister and the government as well as all creditors willing to support the shipyard so that it could continue operating.

He said 3. Maj would repay the state guarantee, the loan taken for building the Algoma Intrepid and part of a loan taken to resume production.

He said the shipyard would now build a tanker for a Spanish client, and that today it planned to sign a contract with Algoma Central Corporation on the completion of a self-discharging bulk carrier which is part of the Uljanik shipyard’s bankruptcy estate.