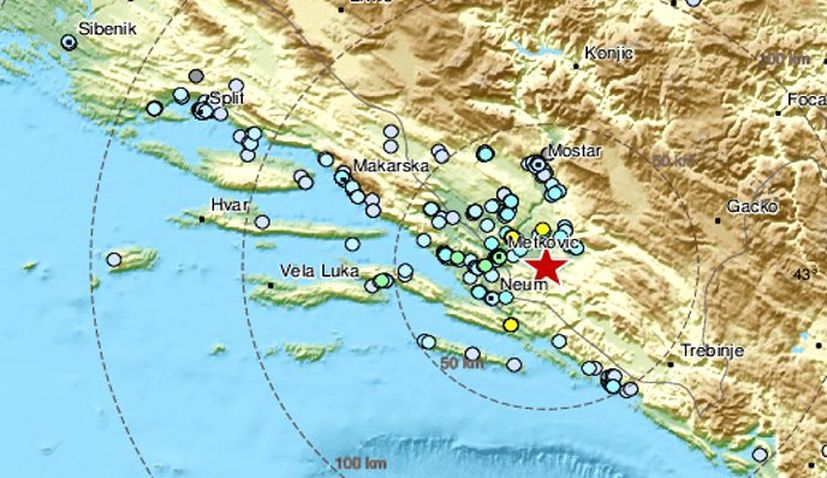 ZAGREB, April 24 (Hina) – An earthquake measuring 3.9 on the Richter scale was felt in Dalmatia at 1.37 pm on Friday, the Croatian Seismological Service said.

The epicentre was in neighbouring Bosnia and Herzegovina, around 10 kilometres east of the southern Croatian town of Metkovic and 44 kilometres from Dubrovnik.

The magnitude was first estimated at 4.0 with reports that the earthquake lasted for around 10 seconds, daily 24sata reported.

Below is a map of where felt reports were received from. The map shows felt reports came in from a number of places on the Dalmatian coast, including some islands.