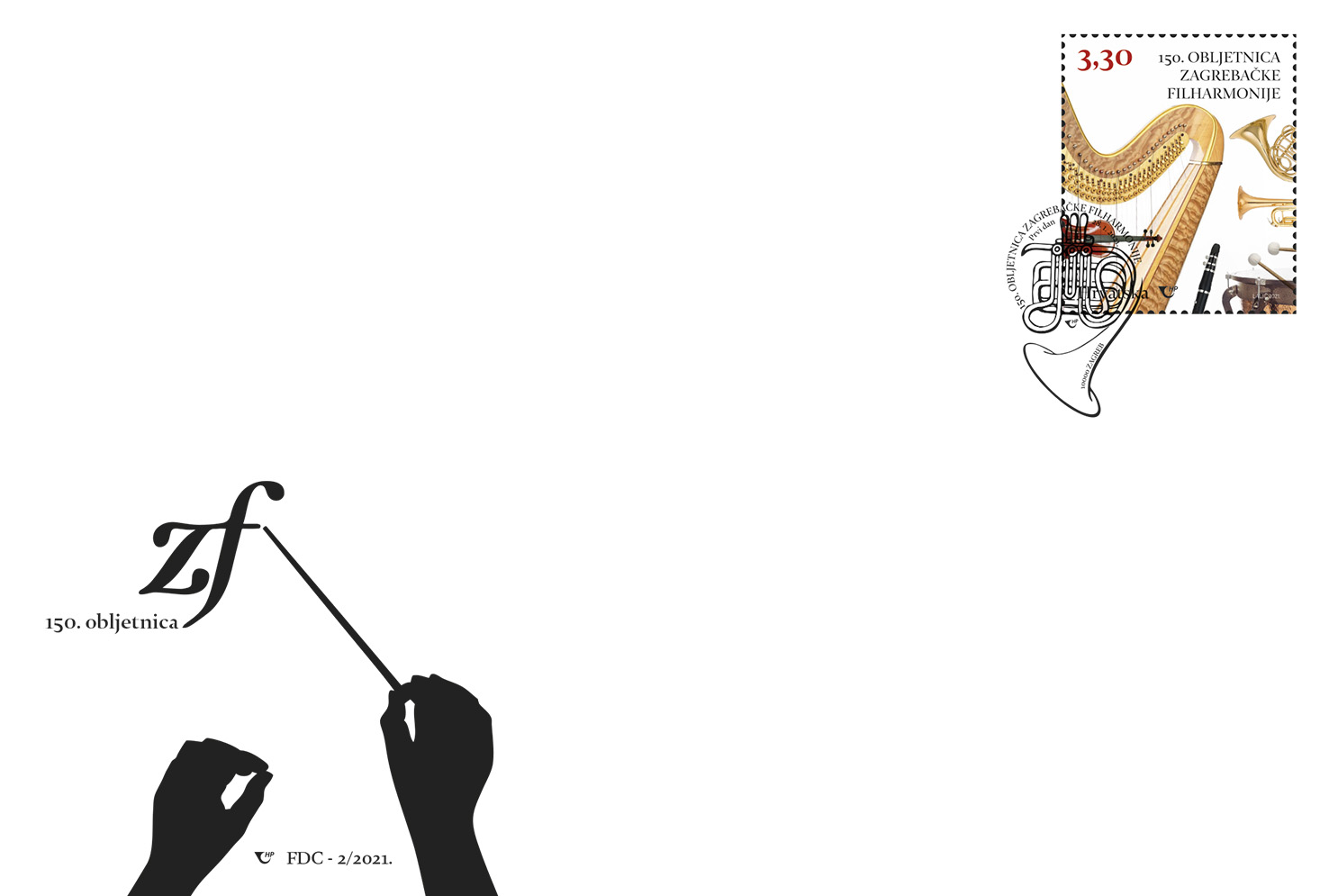 ZAGREB, 26 January 2021 – Croatian Post has dedicated a special commemorative stamp to mark the 150th anniversary of the Zagreb Philharmonic Orchestra.

The orchestra started performing in 1871 and in 1920 it got its current name. Ever since that time, it has continually brought to Croatia’s capital the best classical music. Many distinguished conductors and composers including have performed with the Zagreb Philharmonic Orchestra.

In the 150 years of its activity and participation in the development of civil society, music culture in Croatia, the city of Zagreb and around the world, the Zagreb Philharmonic Orchestra has constantly found its way to its audience over a century and a half of social, cultural and political changes.

“In the celebratory season, the orchestra will be conducted by former chief conductors, soloists – artists from the orchestra and winners of the Zagreb Philharmonic Young Musician of the Year award, who were recognized as exceptional Croatian musicians at the very beginning of their careers. With the selected program, we want to show a kind of courage and dedication to offer our loyal audience a worthy program interwoven with world repertoire works, but also works of Croatian musical heritage and performances by contemporary authors, as well as premieres,” the Zagreb Philharmonic Orchestra said.

With the concert Surrounded by the Stars, exactly on the day of the 150th anniversary, we will be reminded of the first performance held on February 25, 1871 under the direction of Ivan pl. Zajec. At that time, the concert was held at the Croatian National Theatre, where, in addition to the activities of the Croatian Music Institute, plays and concerts were held at that time. Today, the home of the Zagreb Philharmonic is the Vatroslav Lisinski Concert Hall, whose grand opening began in 1973 with a concert by the Zagreb Philharmonic Orchestra.

“Our faith in the possible allows us to embrace you with music and invite you to celebrate with us the 150th anniversary of the Zagreb Philharmonic and enjoy the program that we have designed and prepared with special care,” the orchestra said. 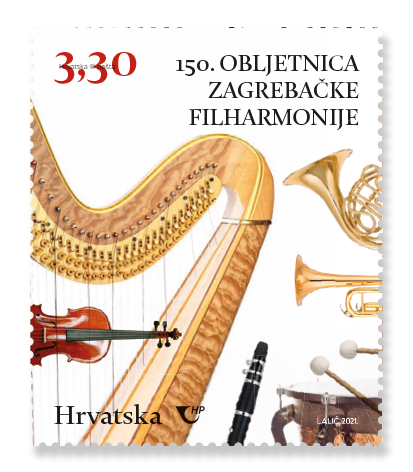 The motif on the commemorative postage stamp is philharmonic instruments, and the author of the special edition is Alenka Lalić, a designer from Zagreb.

The nominal value of the stamp is HRK 3.30 and it is printed in a circulation of 100,000 copies. The stamp was issued in a sheet of 20 stamps, and the Croatian Post also printed a First Day Cover (FDC).

The stamp goes into circulation on 28 January 2021.