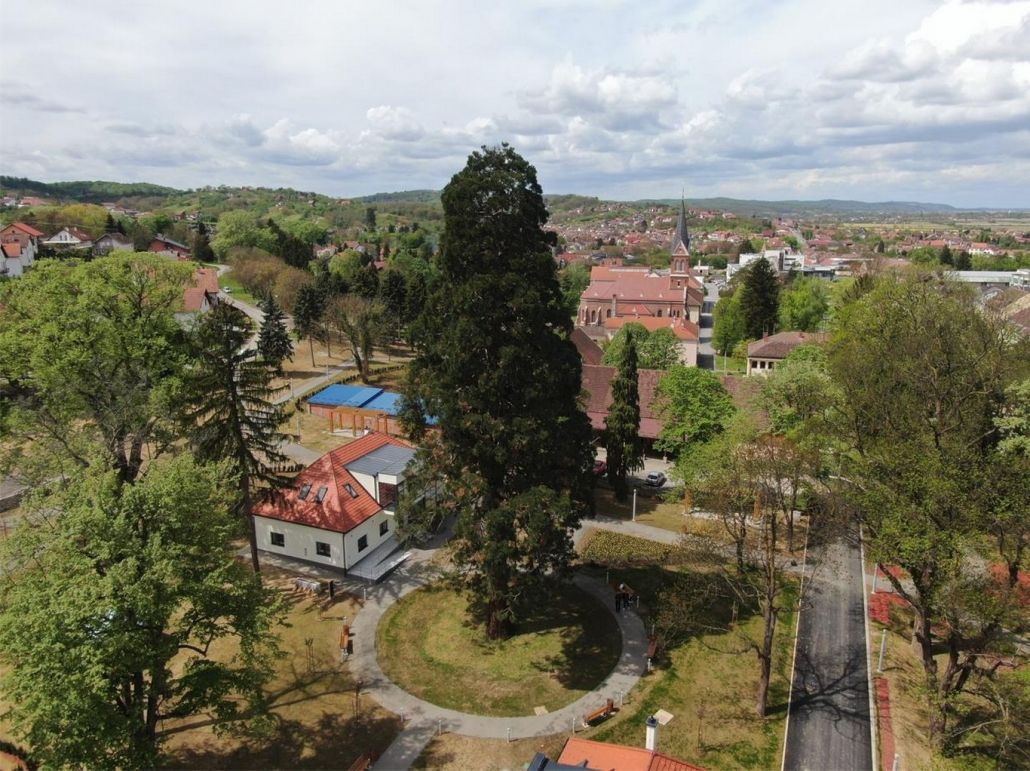 The ‘Slatinska sekvoja – mamutovac’, known formally as ‘Sequoiadendron giganteum’ or Giant sequoia, is one of the most recognisable symbols of Slatina.

It is believed that the tree came to Slatina around 1890, three years after it was ‘born’, back when Slatina was ruled by the princely Schaumburg-Lippe family. The 134-year-old tree is a massive 32.5 metres tall.

Due to its uniqueness, the tree was has been protected as a natural monument in Croatia since March 29, 1967 and is the only protected specimen of its kind in Croatia.

The tree in Slatina is one of the oldest specimens of this species in Europe. Following the horticultural trends of the 19th century, the noble Schaumburg-Lippe family planted it at the same time as the oldest redwoods were planted in England, outside their natural habitat.

These trees are naturally distributed in the western part of North America, more precisely in the central part of California (Sierra Nevada) above 1500 meters above sea level. In Croatia, as in the rest of Europe, redwoods were planted as an ornamental species, but European trees are much smaller in size than American ones.

The Slatinska sekvoja – mamutovac will now be Croatia’s candidate in the 2022 European Tree of the Year competition which will be held in February.

The Croatian Tree of the Year 2021 competition was organised by the Public Institution for Management of Protected Areas of Dubrovnik-Neretva County, as well as partners Hrvatske šume, Croatian Agrometeorological Society and the Faculty of Forestry, University of Zagreb.