Croatia’s biggest company, retail and food giants Agrokor, jumped 11 places from last year to be the best ranked Croatian company in 11th spot on the list. The Agrokor group had an annual sales revenue of over EUR 6.4 billion in 2015.

Joining Agrokor in the top 500 from Croatia were oil and gas giants INA, who were the second highest ranked company from Croatia coming in at 53rd on the list. Supermarket chain Konzum was next in 91st spot, followed by electricity provider HEP (93rd) and distribution and logistics company Roglić Group (143rd). The 2016 edition of the Deloitte CE Top 500 report ranks the largest companies from Central Europe and Ukraine. Deloitte’s list included 18 European countries which had combined sales revenues of 665 billion euros. For the second year in a row Poland’s PKN Orlen was number one, followed by oil company MOL from Hungary and Czech Republic’s car manufacturer Skoda in third spot. 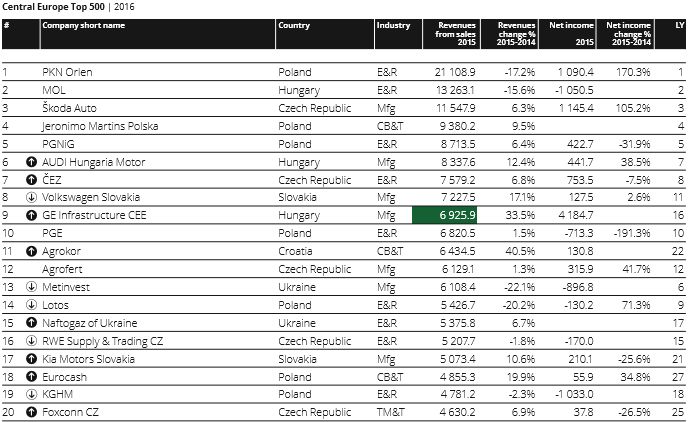 “None of us can ignore the extent to which the continued success of Central Europe’s economy is interlinked with the digital strategies of its leading companies. So it is highly informative to read in this report about the passionate intensity with which our region’s business leaders are helping to shape their companies’ digital futures”, Alastair Teare, CEO of Deloitte Central Europe said.