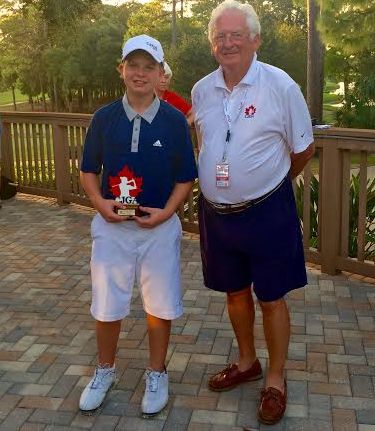 Blazevic, who hails from Burlington, Ontario in Canada, now has won three Canadian Junior Golf Association (CJGA) World Junior Challenge golf events in a row. Peter, who won the event in 2013 and 2014, was this year playing in the 11-13 boys division.

The talent 12-year-old led after day 1 when he shot 71, and continued his lead into the final round where he would not relinquish the two-stroke lead he had. His final round of 74 (+3), left him 3-over for the tournament, a score good enough to win his third World Junior Challenge event in a row.

A big future in the game of golf awaits Blazevic and we wish him the best for the 2016 season.