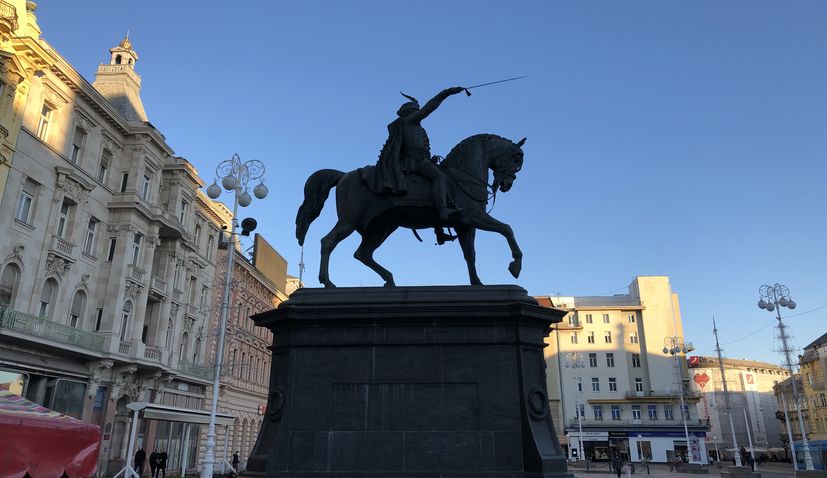 ZAGREB, 21 February (Hina) – So far 12 candidacies have been announced for the post of Zagreb Mayor, and in local elections set for May this year 11 candidates will try to remove from that post current Mayor Milan Bandić, who has been serving for more than 20 years and who will also run in the elections.

Despite the fact that he is burdened by scandals and ongoing trials, the 65-year-old Bandić announced his candidacy for his seventh term in office already during the campaign for parliamentary elections held in July 2020.

Among the first to announce his candidacy was the leader of the We Can! platform, Tomislav Tomašević.

His decision not to run in a coalition with the Social Democratic Party (SDP) put an end to plans for a united left bloc to nominate a joint mayoral candidate in an attempt to increase the chances of election victory and remove Bandić from power.

Tomašević said this would not be fair towards voters as in that case, there would be no negotiations that would affect the balance of power in the city assembly but that one would discuss distribution of seats depending on the number of votes won.

Tomašević said that We Can! wanted to remove Bandić from power and prevent the formation of a coalition between him and the Croatian Democratic Union (HDZ) in the city assembly. By forming a progressive assembly, We Can! wants to accomplish its main goal – change the way Zagreb is run, which must be fair, transparent and sustainable, he said.

After negotiations between the HDZ and the temporary head of the Fund for the Post-Earthquake Reconstruction of Zagreb, Damir Vanđelić, failed, the HDZ nominated as its candidate for Zagreb Mayor Davor Filipović, a professor at the Zagreb Faculty of Economics, Zagreb City Assembly member and secretary of the HDZ branch in Zagreb.

Filipović advocates a successful reconstruction of the capital, a radical turnaround in the management of the city budget and transparent spending, with all expenses made public on the city administration’s website.

He strongly dismisses the opposition’s claim that he is “an alibi candidate of the HDZ” who actually wants Bandić to continue running the city. Since a large number of SDP and HDZ members are employed in the city’s multi-utility conglomerate Zagreb Holding, many from the smaller opposition parties believe that Bandić’s departure suits neither big party.

The Social Democratic Party (SDP) has nominated Joško Klisović, who also denied claims that he is an alibi candidate.

He announced that as mayor he would hold referendums on topics important for the city, strengthen governance in the city’s administrative units so that residents could more clearly articulate their opinions, publish tenders on certain issues and use other creative methods to more involve citizens in local governance.

Independent city councillor and mayoral candidate Renato Petek warns that even though it charges the highest local taxes in the country, Zagreb is its most indebted town, “and that must change, so that residents of Zagreb could get better services for the money they pay into the city budget.”

MP and Fokus party leader Davor Nađi, also to run for Zagreb mayor, has promised the abolishment of local taxes if elected.

Lower taxes, transparent operations and abolishment of jobs in Zagreb Holding which he considers were introduced to reward the mayor’s political partners are some of Nađi’s election promises.

Bridge party candidate Zvonimir Troskot, who underlines his ten-year experience in the business sector, considers that financial literacy, knowledge of financial regulations and auditing, is the main attribute a mayoral candidate should have.

He has said that as mayor he will put emphasis on finance, auditing and debt management.

Also running for the position of mayor will be a former MP and former justice minister and presidential advisor, Vesna Škare Ožbolt, who believes that Zagreb should develop as a green, smart city, with emphasis on innovation and technology transfers serving to increase GDP.

The head of the Zagreb branch of the Croatian People’s Party (HNS) and state secretary at the Construction Ministry, Željko Uhlir, said that his candidacy was prompted by the situation in the city, where 11 months after the earthquake no building has been reconstructed.

He noted that his vision of Zagreb’s development was one of a green and smart city.

Uhlir also intends to deal with the city’s burning problems such as transport, housing and infrastructure, reduce taxes on businesses and citizens, and launch a project to better utilise the potential of the River Sava in Zagreb.

The leader of the nonparliamentary party Democrats, Mirando Mrsić, who is a longtime doctor, director of the Ana Rukavina Foundation and former Social Democrat minister of labour and the pension system, has promised a fairer and safer Zagreb.

“We will reconstruct Zagreb after the earthquake and provide its citizens with a safe roof over their heads, we will revive the Institute of Immunology to fight the coronavirus pandemic and restore the spirit and values of Zagreb, which has been covered with a web a nepotism and corruption for years,” Mrsić said.

The founder of the “Let’s Reconstruct Zagreb” volunteer association of non-partisan experts and scholars, Marina Pavković, presented her candidacy saying that her campaign would focus on a strategic and project-based approach to change the face of the city.

Architect Otto Barić is also running for Zagreb mayor. He said that his candidacy was prompted primarily by the consequences of the earthquake that hit Zagreb and its environs in March 2020.