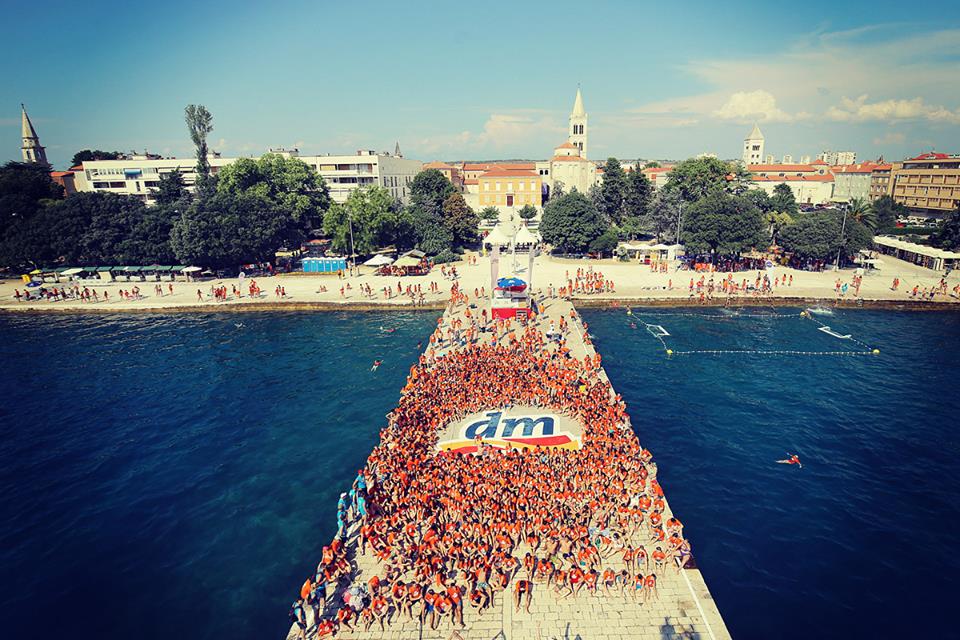 More than 3,000 people are expected to take part in a simultaneously jump into the sea from the waterfront of the Dalmatian city of Zadar next weekend.

Organisers are expecting another large turnout and invited all keen jumpers to register for the jump on Zadar’s Narodni square or in front of dm on Kalelarga from 19:00 – 23:00 through until Saturday’s jump. 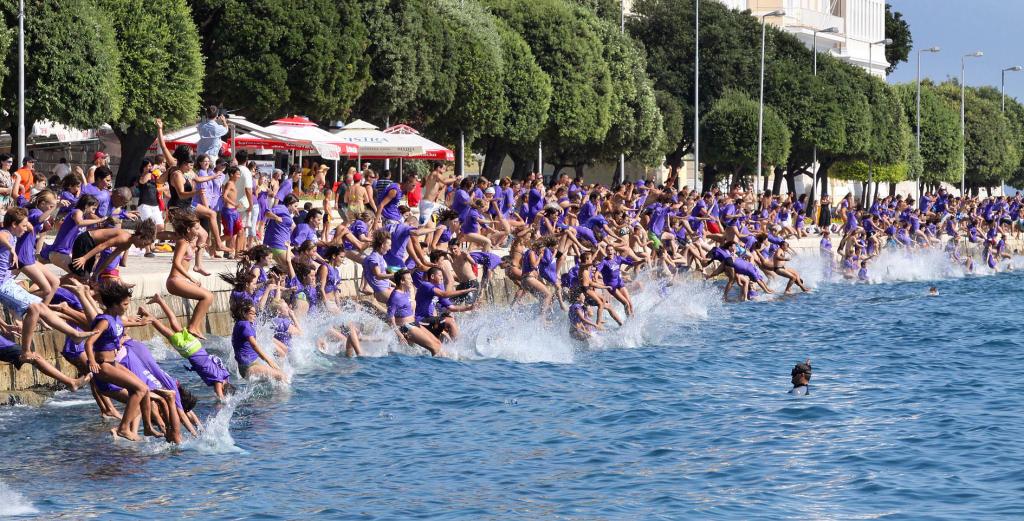 This year those taking part will form the phrase “From Zadar with love“ with their bodies, with part of the entry fee being donated to the Latica Nursery Swimming School for Children with Developmental Disabilities.

Sponsors of the event are cosmetics and healthcare retail chain dm–drogerie markt, who provided free skin checks up on the waterfront during the day as well as other activities.

The jump will be followed on Saturday by a concert, as well as a cooking of a giant pasta. All proceeds from sales will go towards the social store in Zadar.

Everyone in the area is invited to take part in the event and help create a new record of participants.