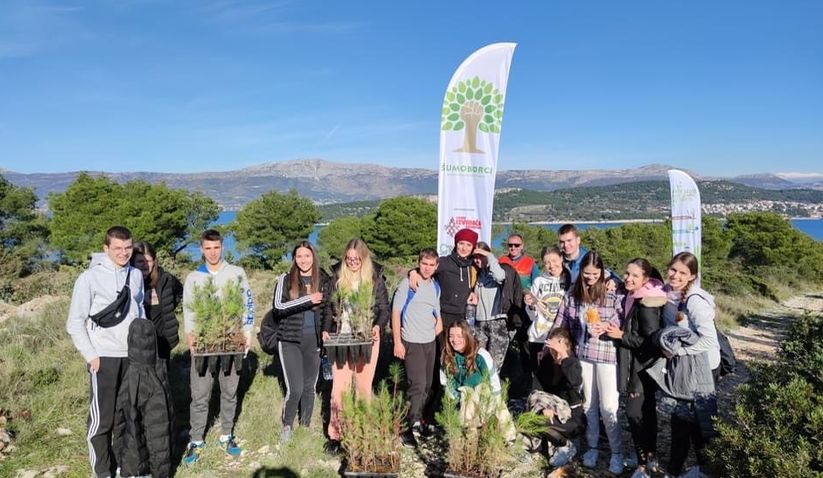 The CO2 MPENSATING BY PLANTING project is organized by the Scouts Croatia, Croatian Forests and the HEARTH agency as an innovative response to the consequences of climate change.

This is the first such program in Croatia, but also in the entire region, and is intended for companies, institutions and other organizations, but also for all other stakeholders who want to compensate for CO2 emissions and neutralize their own carbon footprint and become a positive example of care for the environment and community. 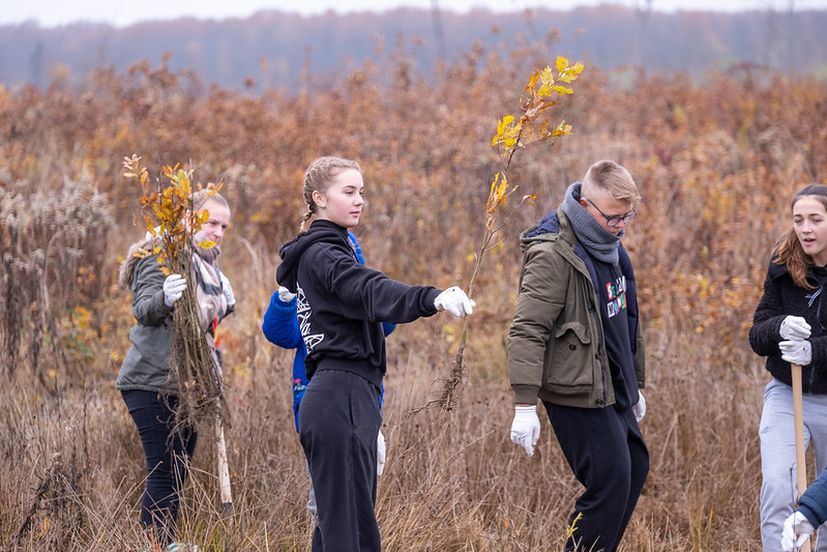 The project is afforesting forest areas in Croatia that have already been destroyed by climate change. The first afforestation actions started in early November, and more than 25,000 new trees are planned to be planted by the end of the year. Afforestation actions will continue in the coming years.

“In less than a month, we have included more than 1,000 volunteers, our new Šumoborci (Forest Fighters), who, with the professional help of foresters from Croatian Forests, have so far planted more than 15,000 seedlings. In addition to our scouts who are present in all actions, high school students, students, employees of partner companies, but also many other volunteers participate in afforestation as Šumoborci. For all of them, this is a valuable and unforgettable experience. Currently, the area of Demerje near Zagreb, the Žutica forest near Ivanić Grad and the Slatina area on the island of Čiovo are being afforested, where the forest was destroyed by the bark beetle parasite. Next year, the plan is to expand afforestation actions to Slavonia, Gorski Kotar and other areas and include thousands of new Šumoborci throughout Croatia,” said the main coordinator of the project and business director Scouts Croatia, Dan Spicer. 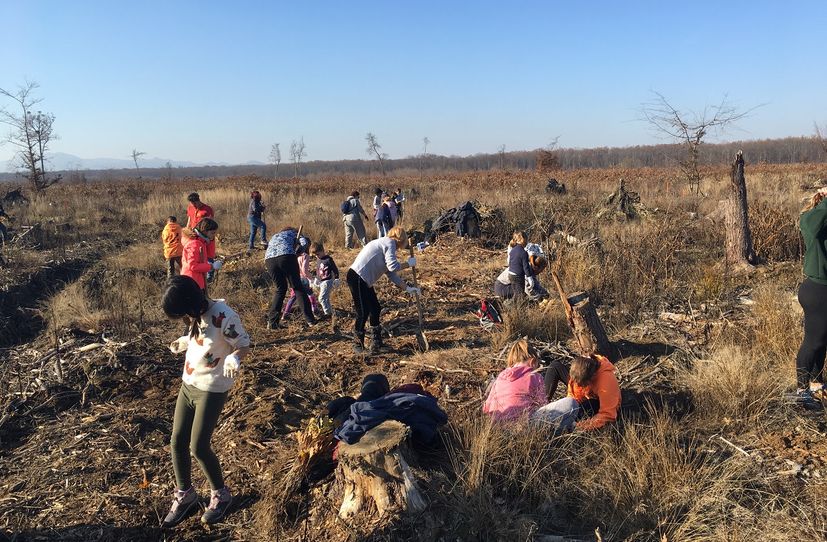 According to the organizers, the CO2 MPENSATING BY PLANTING project is designed to provide an opportunity for those who pollute a little, but also for those who pollute a lot more, to completely or partially neutralize their naturally harmful effects by planting trees. This enables the introduction of a balance between what we harm nature with and what we can help nature with.

All volunteers who get involved in planting actions as Šumoborci, through partners and sponsors of the campaign, are provided with transport, food and drink, work gloves, planting tools and seedlings, and professional help from Croatian Forests experts. 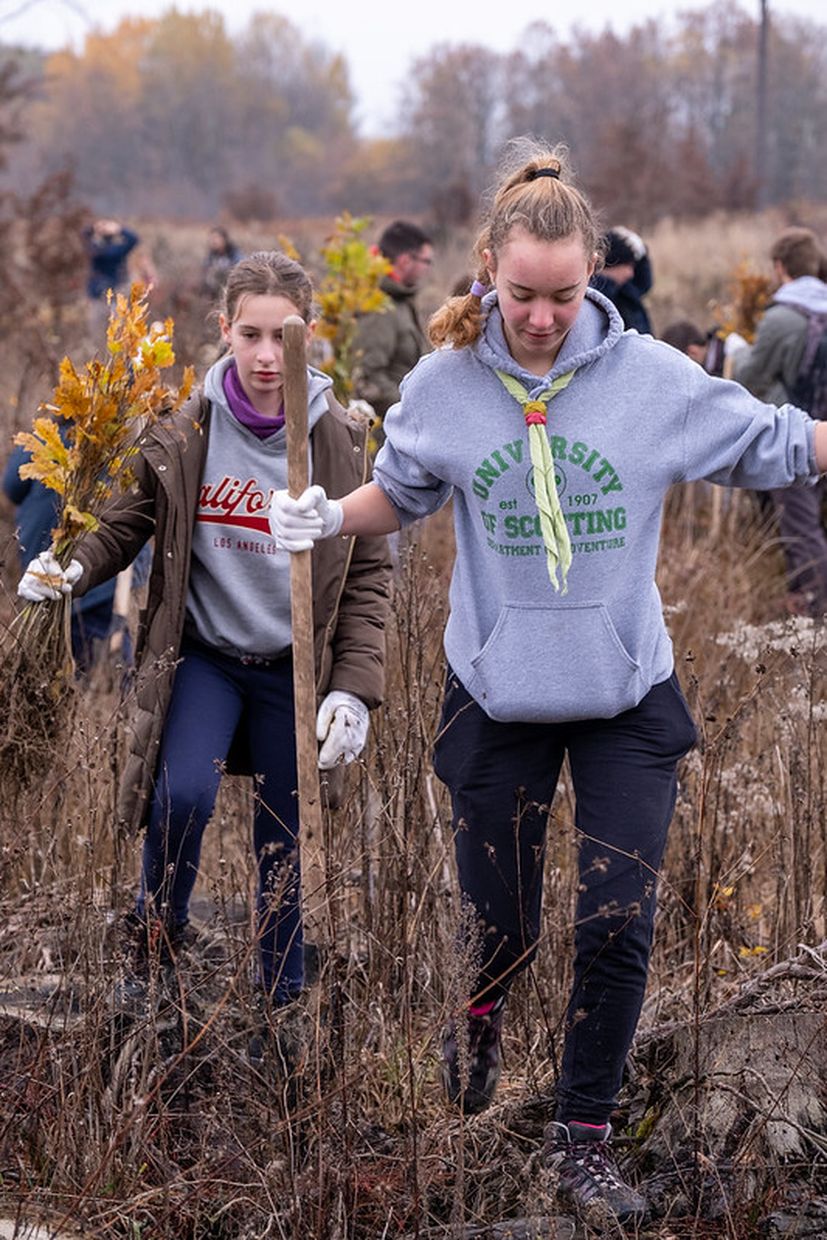 In addition to afforestation actions, as part of the Šumoborci educational program, trainings are held in high schools conducted by certified experts of the Tatavaka association. Thus, workshops called “Climate Collage” have been held in about 10 high schools, through which students learn through interaction about the causes and consequences of climate change, but also about what we as a society, community and individuals can do to reduce the consequences and negative effects in the future. diminished. 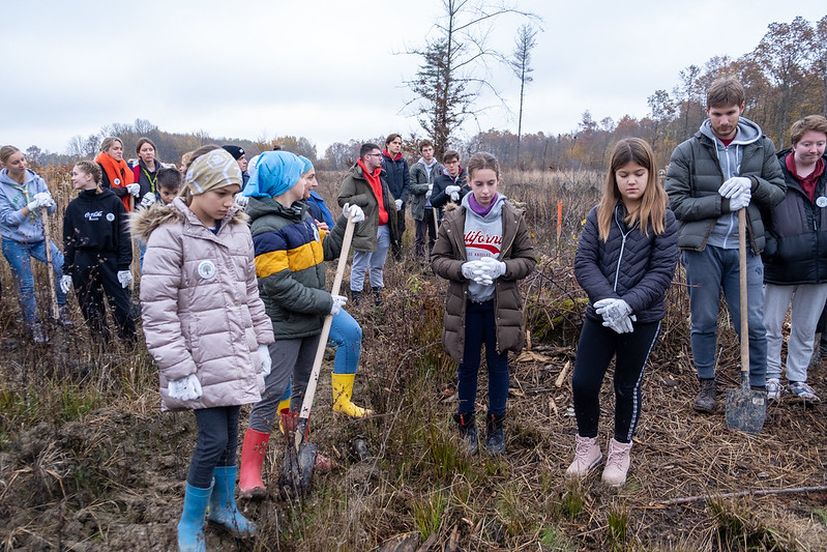 The CO2 MPENSATING BY PLANTING project is being implemented in cooperation with the Croatian Forestry Institute, the Hrvoje Požar Energy Institute, the Center for Climatological Research at the Faculty of Science and the Croatian Mountain Rescue Service (HGSS). The project is sponsored by the US Embassy in Croatia, the European Parliament Office in Croatia and the Ministry of Economy and Sustainable Development.

The first partners of the project and holders of the CO2 MPENSATING BY PLANTING label are Coca-Cola HBC Adria, Raiffeisenbank Croatia, E.ON Croatia, PwC Croatia, L’Oreal Adria and Porsche Croatia. The technological sponsor of the project is GIS Cloud.