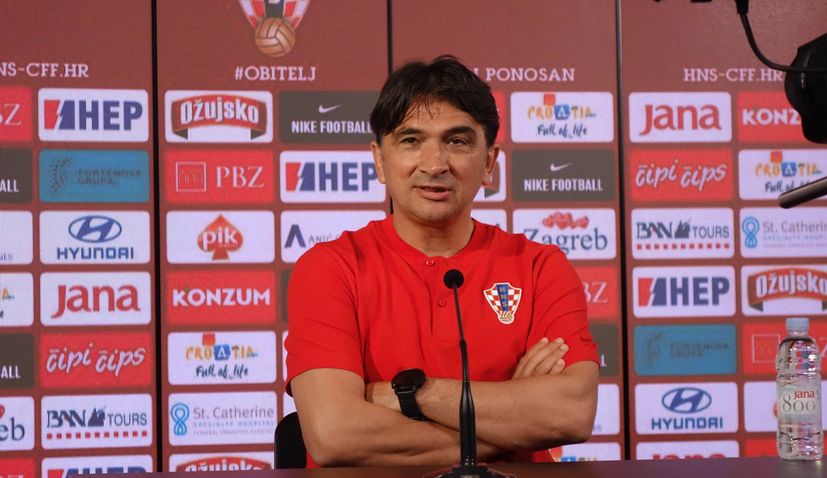 Dalić held a press conference at the team’s base in Rovinj on Wednesday where he discusses a number of issues, including who he would like to avoid in the last 16 clash.

“The night was similar to the one in Russia. We arrived at the hotel around five or six in the morning, like in Russia. Let it end as in Russia. We had fun, but it’s time to turn to a new opponent, to prepare. As for the boys, they are satisfied, they have more self-confidence, we gained a lot,” said Dalić.

Croatia face the second-place team in Group E, which will be one of Sweden, Slovakia, Spain or Poland.

“Somehow I would like to avoid Spain, regardless that they are not in form. It is a side which would be our toughest opponent,” he said.

In the last 32 matches, Dalić has tried 31 different starting line-ups.

“We are searching. I’m not a man who likes to change or mix things up a lot. I can say that it will not be the same lineup in the next game because there will be no Lovren who has two yellow cards. I’m not a proponent of change, but I think we’ve found the best now. We tried in the Nations League, but there was always something, a force majeure.”

Croatia could also potentially meet Sweden next, a team they met in the Nations League recently.

“We achieved the first goal, to pass the group. Now we go a step further, and for that we have to be ready, we have to be the way we were yesterday. Let’s go game by game. If we have fulfilled the first goal, it does not mean that our ambition is over. This match gave us the right to believe and to be able to do. Once again, I would like to congratulate the guys on a great game and on the faith they had. That gives me the right to be optimistic.”

Vrsaljko is our standard first team player, but he was tired. We estimated that (Juranović) could stop Robertson and that he could do a lot going forward. Vlašić, he only stopped the right side in defense, but with the intention to go inside and he did it superbly, he created chaos in the Scotland team. He had problems for the past 15 days, he wasn’t 100 percent, but this time he was completely ready. So that’s what makes me happy. I don’t talk about individuals, but today I will make an exception. This is Ivan Perišić. He carries Croatia. Goal against Malta, Czech Republic, and now Scotland. He has done a lot and whenever he comes, he gives his maximum. I have to point him out, but he deserves it,” Dalić said, before talking about his captain.

“And Luka … He sees the national team as something most sacred and I understand his joy at the goal, a fantastic goal. The celebration of that goal only tells us how much it all means to us.”

Dalić says that he is first to say that when Croatia is not playing well or does not look good.

“I just want the national team to be supported. This national team deserves support, especially because of everything in the last 25 years. Attacks have no place, especially not bad and ill-intentioned ones. But I have no intention of settling accounts. We must focus on what is in front of us,” said Dalić about critics, before continuing.

There are some dissatisfied players in the camp but only because they are not playing. That’s normal, you should be like that if you don’t play. A player who is not unhappy when he is not playing, you do not need. But we are a group, we are compact, we meet every day, we know what our goal is. I know I can’t make 26 people happy, not everyone can be on the bench, three players have to be in the stands. And that is a difficult decision for me. We have three left backs, I don’t need one, we have four stoppers, I don’t need one, just like with the attackers. That was the case with Bradarić, but it will be a great experience for him. Škorić too, a man who is a fantastic player and person. Oršić had a great season, but he is left sided.

Dalić hopes there will be a large contingent of Croatian fans in the next game which will be played on 28 June in Copenhagen.